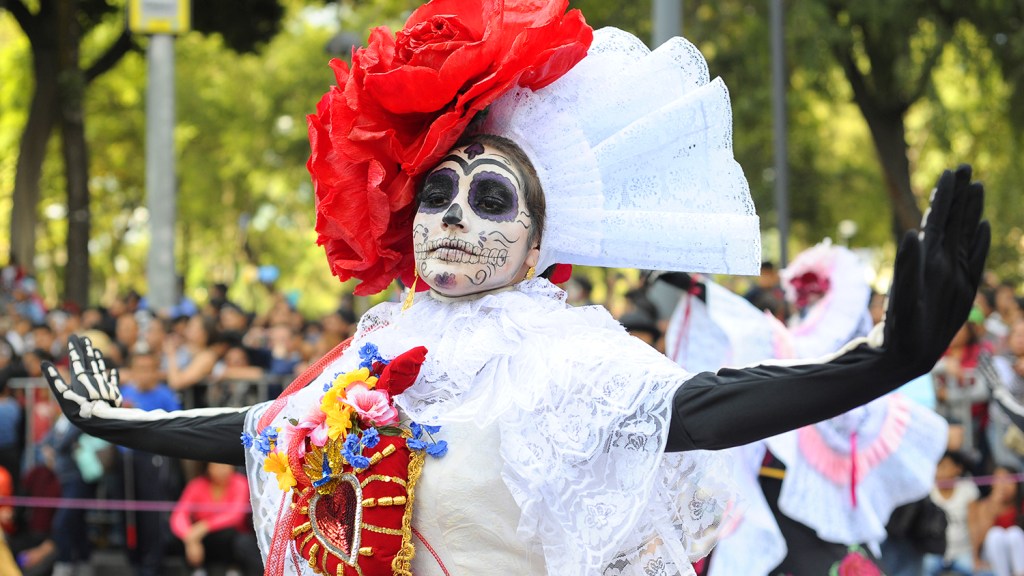 Don’t mistake Mexico’s Día de los Muertos for just another Halloween. The holiday, which takes places November 1, may appear similar to its American counterpart due to its macabre costumes and signature sugar skulls, but the day’s true purpose is to honor the deceased. While celebrations of this post-Halloween holiday take place throughout the U.S., there’s no better way to experience it than with a trip south of the border, where the festivals are true feasts for the senses filled with vibrant colors and joyous revelry. Here are five cities worth visiting for a truly authentic Día de los Muertos.

San Miguel de Allende is like ground zero for Día de los Muertos. Every year, the UNESCO World Heritage city becomes a vibrant setting brimming with parades, art installations, dances, and plays. Top celebrations can be found at the Rosewood San Miguel de Allende (which hosts a party on its Luna Rooftop for the occasion) and Hotel Matilda (whose six-course cena negra, or “black dinner,” keeps guests partying until the wee hours).

Cuisine is an important part of every Día de los Muertos celebration, and the most traditional culinary creation of them all is pan de muerto. The iconic sweet bread whose name means “bread of the dead” is served only on this occasion. Sample it at the Andaz Mayakoba Resort Riviera Maya, which holds cooking demonstrations led by pastry chef Daniel Moreno throughout the holiday season. Moreno also prepares his singular take on the tasty treat, stuffed with either pistachio or coconut cream.

James Bond fans know well the annual Día de los Muertos parade that takes place in Mexico City—it was featured in a famous scene of the 2015 film Spectre. Experience the magic of the holiday in Mexico’s capital city yourself at the St. Regis Mexico City, which can arrange a number of Día-inspired excursions, from private tours of the temples of San Andrés Mixquic to candlelit canal-rides through Xochimilco in a traditional trajinera boat. Back at the hotel, celebrate with pan de muerto ice cream.

Día de los Muertos in this colonial UNESCO World Heritage city known for its culinary and ceramic prowess is all about pan de muerto. To celebrate the day and its delectable carb dish, Rosewood Puebla hosts cooking classes with its pastry chef Erick Astie, who teaches guests to bake their bread in the apropos shape of bones. For more pan de muerto, stop by the chic boutique hotel La Purificadora, which specializes in its own version of the holiday staple, and even leaves it on guests’s pillows as a turndown amenity.

At the dramatically set Banyan Tree Cabo Marqués, the Day of the Dead is commemorated with an altar contest in which hotel staff make their most impressive ofrendas (colorful offerings to the deceased) for guests to judge. On the evening of November 2, guests peruse and rate the altars, while sipping Mexican hot cocoa and snacking on traditional pan de muerto. Visitors can also experience more by visiting one of a trio of local cemeteries, where graves are decorated and live bands play.