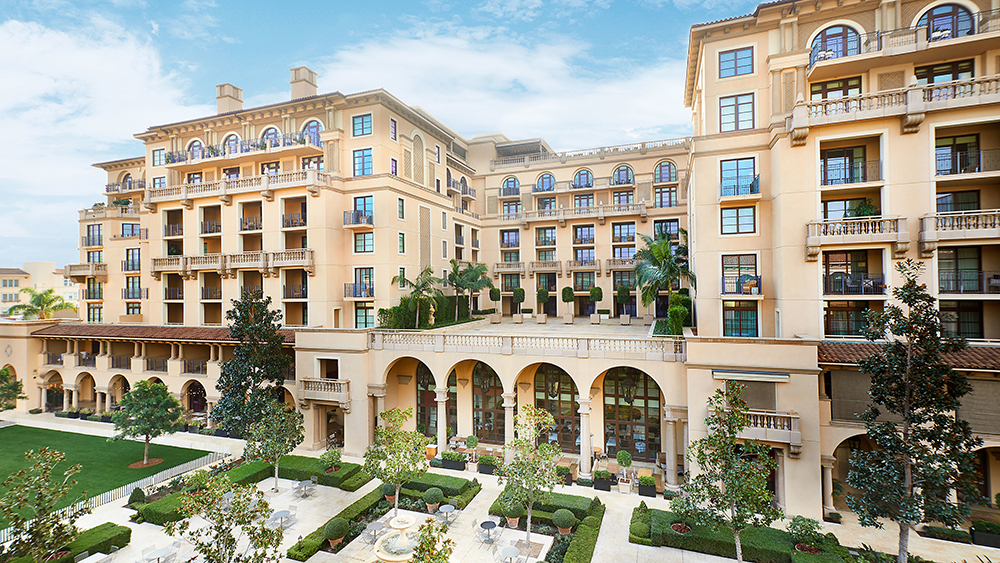 Beverly Hills is in some ways a time capsule of Old Hollywood glamor and exclusivity, but it’s also ushering in a new era for 2023. While the 90210 still maintains its status as one of the most luxurious cities in the world—yes, Beverly Hills is its own 5.71-square-mile city that’s almost entirely surrounded by Los Angeles—it’s also becoming quite trendy. There are buzzy new see-and-be-seen restaurants and nightclubs, as well as a clutch of must-visit boutiques and hotels.

“Beverly Hills is extremely exciting right now! It’s more vibrant than it has ever been, and I think the pandemic really kickstarted that,” says Sylvain Bitton, co-owner The Hideaway Beverly Hills, a recently opened Mexican restaurant with a buzzy nightlife vibe. “A lot of the restaurants either already had or created outdoor patios, so people began congregating here more. It’s definitely become a livelier scene in recent years and has something for all demographics, from power lunch diners to luxury shoppers to late-night revelers and everyone in between.”

So, get ready to explore the Golden Triangle, stroll down Rodeo Drive and ogle the towering palm trees in the Flats. Here, our guide on where to eat, stay and play in Beverly Hills.

Where to Stay in Beverly Hills

Beverly Hills is home to several legendary and luxurious grand dames: The Beverly Hills Hotel, The Peninsula Beverly Hills and L’Ermitage Beverly Hills. Not to mention the Pretty Woman-famous Beverly Wilshire, which first opened in 1928, then later became a Four Seasons in 1992. The hotel’s posh rooms were just renovated, providing a fresh California look in grays and silvers that still nods to Old Hollywood. The lobby is still as extravagant as ever, with its massive custom Swarovski crystal chandelier and sleek marble floors. You’ll also find shops like Mikimoto and Jason Beverly Hills, along with swanky restaurant BLVD and the flagship location of Cut by Wolfgang Puck. Take a peek at the hallway behind the elevators—which still have the red benches seen in Pretty Woman inside—for a historical timeline of the hotel. Don’t forget to book a treatment at the lavish spa, either; we suggest the 90-minute Holistic Detox Body Treatment, which includes a dry brushing, body scrub, body massage and mini facial.

The 90210’s food scene has a storied history of celebrity haunts. In the past few decades, however, downtown LA and the east side have become the white-hot cradles of culinary ingenuity. Beverly Hills is now trying to win back gourmands with an array of new spots, including the fourth location of the ever-popular Jon & Vinny’s; Tatel, the buzzy Spanish import backed by superstar athletes Rafael Nadal, Cristiano Ronaldo and Pau Gasol; and Matū from Jerry Greenberg (of favorites Sugarfish and Nozawa Bar), a steak restaurant exclusively serving 100 percent grass-fed wagyu from First Light Farms. The flashy Gucci Osteria da Massimo Bottura also opened inside the Gucci store in 2020 and got its first Michelin star last year.

“There is a resurgence and a kind of new energy coming to Beverly Hills,” says Call Mom’s cofounder Med Abrous. “Beverly Hills has plenty of great staples, and kind of big, heavy, iconic places. But there weren’t a lot of things that were new and exciting. And for us to be able to take an old place that has this history and lore and to make it exciting, is something that was really fun for us.”

Beverly Hills is known for its high-end shops, and one can easily while away the hours on Rodeo Drive. Luxe eyewear brand Dita, Giorgio Armani and Moncler have all recently joined iconic brands like Prada, Gucci, Valentino, Dior and Cartier on the affluent street. Louis Vuitton launched its first menswear-only store, while John Lobb opened a new flagship. Alternatively, head up the cobblestone walkways of Two Rodeo Drive to visit Versace, Lanvin, Jimmy Choo, and Tiffany & Co. and get an Instagram or two. For a snack, head to the iconic Edelweiss Chocolates, which has been making handmade truffles since 1942 for stars like Lauren Bacall and Katherine Hepburn, or stop by the beloved Cheese Store of Beverly Hills, which has been selling imported fine cheeses since 1967.

And don’t miss the city’s newest attraction: Mr. Brainwash Art Museum, which opened in December in the old Paley Center for Media building. The museum displays some works by Mr. Brainwash, aka the artist Thierry Guetta, as well as other pieces he admires. For some fresh air, head to Beverly Cañon Gardens or Beverly Gardens Park (home to the much-photographed Beverly Hills sign). Alternatively, Greystone Mansion & Gardens offers visitors a chance to tour a carefully preserved 1928 mansion from Hollywood’s golden age. Still, the city is innovating: The storied Saks Fifth Avenue department store on Wilshire Boulevard is moving a block east into the now-closed Barneys New York store, and Saks’ original 1938 building will be turned into a multi-use office, retail and residential cluster in the hopes of reviving the Wilshire corridor.