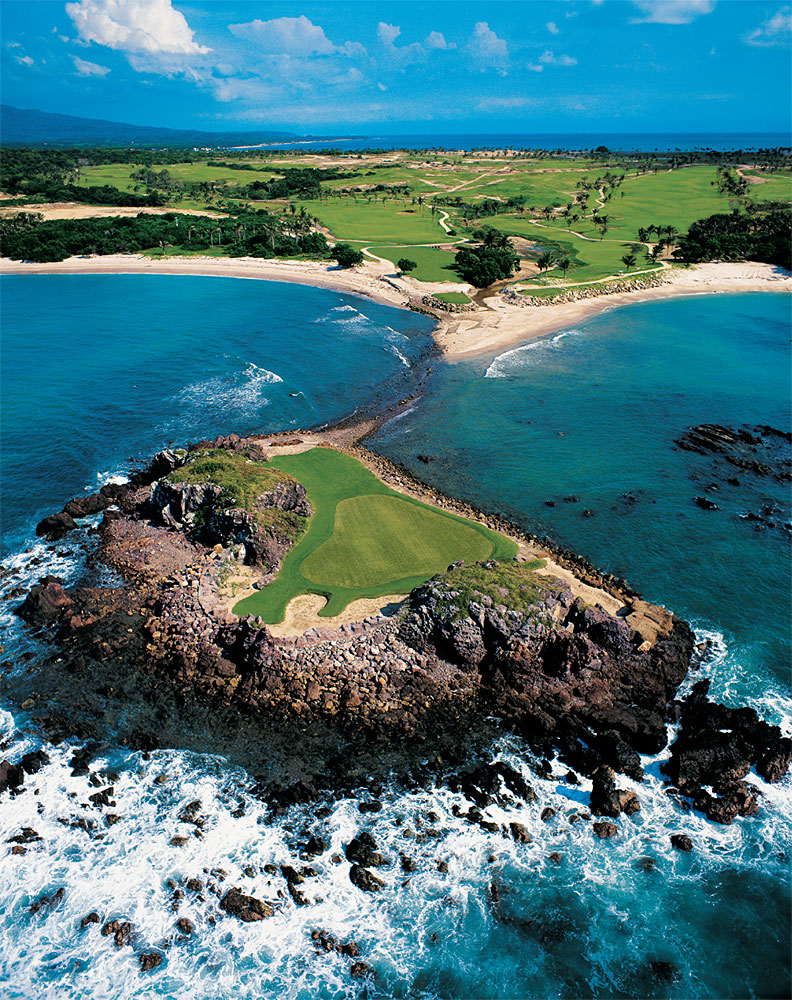 Mexico’s Riviera Nayarit region stretches along the Pacific Ocean from Nuevo Vallarta, near Puerto Vallarta International Airport, to the town of San Blas, about a 100-mile drive to the north. With more than 35 tourism developments in some stage of construction, the area is poised to become one of the country’s top destinations. Among the many projects are two golf courses—one designed by Greg Norman, the other by Jack Nicklaus—that are set to open by the end of 2008.

Norman’s course will occupy a coastal site in Litibú, just north of the region’s Punta Mita development. The Nicklaus layout is the designer’s second in the Riviera Nayarit, after Punta Mita’s Pacifico club, the only course in the world with a natural island green. Punta Mita also includes a Four Seasons resort, a new 400-slip marina, and a St. Regis hotel that is slated to open in November in conjunction with the Nicklaus course. Guests of the Four Seasons and the St. Regis will have access to the new course, which will be called Bahia, as well as to Nicklaus’ original layout.