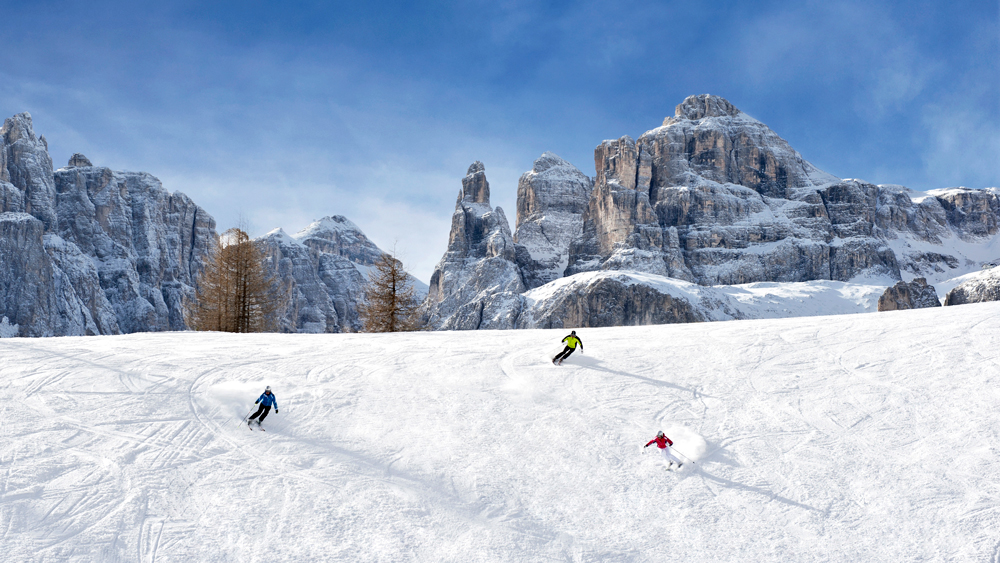 The dramatic shear-face cliffs of the Dolomites have been extoled throughout history. French architect Le Corbusier was said to have called them the most beautiful architectonic work in the world, and it’s easy to see why while skiing or hiking beneath the jagged peaks of their soaring spires, towers, and pinnacles. What is harder to imagine, however, is the role the region played during World War I, and the fierce battles fought on the mountains and in the picturesque villages of South Tyrol. It is that side of the destination’s history that luxury travel outfitter Scott Dunn brings vividly to life on the adrenaline-spiking First World War Ski Tour.

The four-day and three-night itinerary traverses one of the most spectacular and crowd-free skiing areas in Europe, exploring remnants left over from the war along its 128-mile route, which, due to its strategic location on the Italian and Austrian border, was the scene of heavy fighting from 1914 to 1918. Guided by an expert in both the region and its history, guests will explore monuments both visible—think private museum tours to look at artifacts left behind by soldiers on both sides, skiing through stone fortresses, and hiking along parapet walls—and etched into the landscape that are less obvious to the naked eye.

Though they are not easy to spot when the mountains are dusted in snow, amidst the wondrous scenery and amazing ski runs—including one of the longest in the world—guests will find remnants of one of the bitterest battles of the war. Trenches, tunnels, and shell craters scar the landscape, left behind from a years-long stalemate between the Italians and Austrians. The symbolic Mount Col di Lana serves as the central point of the tour, where the guide will point out the place where Italian forces detonated five tons of explosives in an attempt to wrest this strategic pass from the Austrians.

Those who want to maximize their time on the slopes can combine the historic tour with Scott Dunn’s seven-night Active Dolomites Ski Safari. Here, they’ll swap their historian for a certified mountain guide, who will lead them on a meticulously planned tour where they will ski “hut to hut” each night—tucking in at select authentic refugios and elegant five-star lodges (where their baggage will be waiting). This high-style, grand tour brings history to life while celebrating the region’s sublime scenery and varied ski terrain. They’ll also get a look at how the people that were once so bitterly entwined coexist peacefully today—and that’s no better evidenced than by the local cuisine, an intoxicating blend of Italian, Austrian, and Ladin traditions served up nightly.