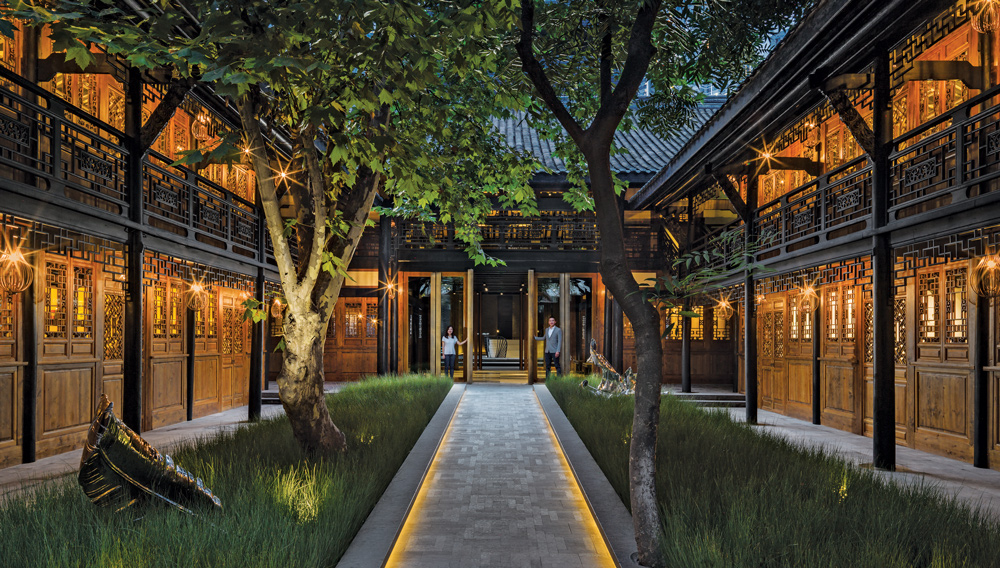 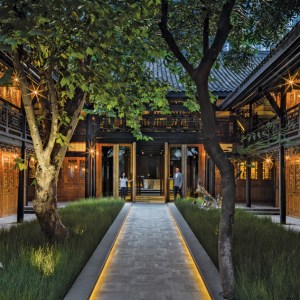 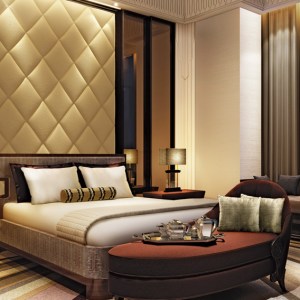 Just a few years ago, Chengdu was considered a small town by Chinese standards. Known for its spicy cuisine, traditional teahouse culture, and the endangered panda bears that inhabit its surrounding mountains, the city seemed to operate at a more leisurely pace than cosmopolitan Beijing or Shanghai. Today, however, travelers arriving in the Sichuan capital discover a bustling city of gleaming skyscrapers, fashionable boulevards, and 7.5 million people, where trendy teahouses and restaurants border boutiques from Hermès, Chanel, and just about every other international luxury brand.

Though business is booming in Chengdu, the culture of long walks along the Funan River and even longer lunches over a Sichuan hot pot remains the local way of life. Capturing this polarity—Chengdu’s motto could be “live fast, play slow”—is a trio of new luxury hotels located in and around the city.

The St. Regis Chengdu is the first of the capital’s new guard, debuted in September 2014 near Tianfu Square. The 279-room hotel (priced from $275 to $9,500) offers many a nod to its singular setting, from the cherry-blossom-patterned carpets in the guest rooms to the Sichuan-tea bathing ritual at the Iridium Spa. In the Drawing Room lounge, the signature Chuan Mary brings a local twist to the traditional St. Regis Bloody Mary with freshly crushed Sichuan pepper and spicy confit chili.

A five-minute drive east of the St. Regis is the Temple House, a beautifully restored, century-old stone structure that was once part of the Daci Temple complex. Guests enter the hotel—which in July became the third property in the Hong Kong–based Swire Hotels’ House Collection—through a thick bamboo courtyard dating to the Qing Dynasty. The 100 guest rooms and 42 residences (from $300 to $7,000) are, by contrast, contemporary in style, with minimal furnishings and sleek black-lacquer latticework. Still, history and tradition pervade the property, which includes a monastery-turned-spa, a teahouse, and a woven bronze facade inspired by local brocade tapestries.

Roughly 40 miles from Chengdu’s city center, the Six Senses Qing Cheng Mountain resort also opened in July, in a forested region considered to be the birthplace of Taoism. A residual serenity lingers over the lush resort, where the 113 natural-hued accommodations (from $335 to $2,130) range from spacious suites with courtyards or terraces to two-bedroom pool villas. Guests can explore the area on hikes in the mountains and day trips to Dujiangyan (the point of entry to the Silk Road trading route). For those in search of a slower pace, the Six Senses also offers monastery visits, tai chi lessons, calligraphy classes, and the ancient massage therapy of gua sha.