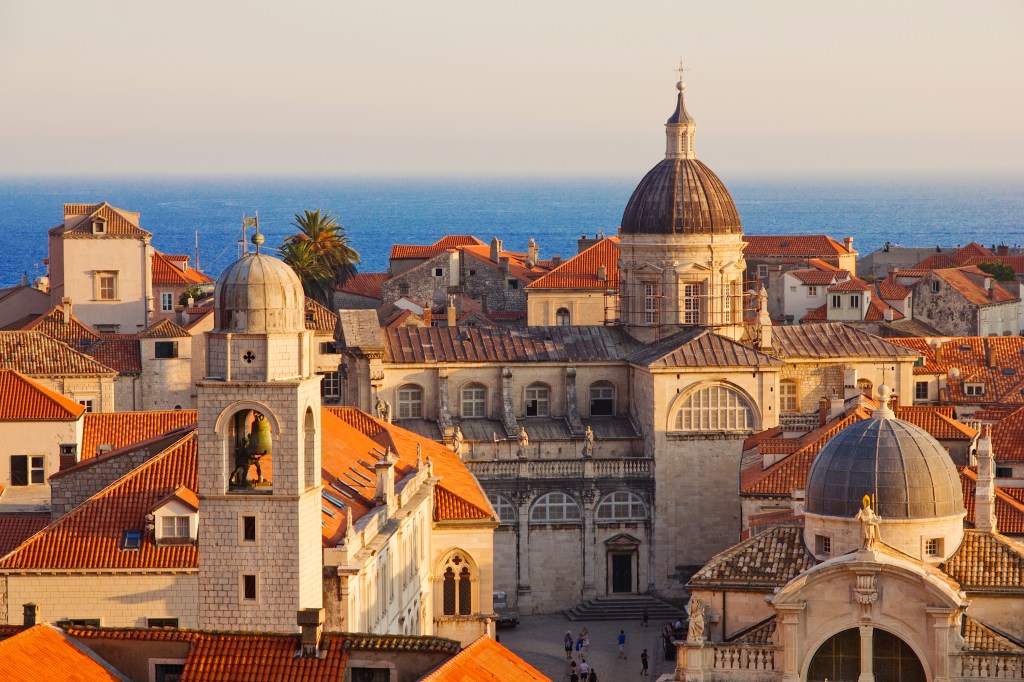 Zicasso is proud to introduce Game of Thrones: A Unique Tour of Croatia, a seven-day, guided immersion into the breathtaking locales of Split, Krka National Park, Hvar, Ston and Dubrovnik. While others may offer one-day trips to Game of Thrones filming locations, this week-long tour will introduce visitors to the wonders of Croatia, showcasing the best scenes from the beloved series as well as the historical and cultural highlights of this beautiful destination.

Pricing for this private tour begins at $3,200 per person, double, based on travel during mid-season (second half of September). The package includes accommodation at four-star hotels, daily breakfast, airport transfer*, land transportation, entrance fees, expert English-speaking tour guides, some additional meals and wine tastings. Travel dates and level of hotels are fully customizable. Travelers who book by June 15 will receive the Blue-Ray/DVD Combo sets of Seasons 1-3, plus the 5-Book Boxed Set of Game of Thrones by George R.R. Martin.

The journey begins in Split, the new filming location added for the fourth season of Games of Thrones filming in Croatia. This magnificent metropolis, dating back to the fourth century BC, boasts a superb archaeological museum (the oldest in Croatia) as well as the Cathedral of St. Domnius and the UNESCO World Heritage Site, Diocletian’s Palace. The next day, guests will explore Klis Fortress, an ancient stronghold at the center of some of Croatia’s most legendary struggles, as well as the struggles of Daenerys Targaryen. Visitors will also explore the suburb of Zrnovnica which will serve as a setting for a climactic upcoming battle in Season four. The day’s excursions will conclude with a trip to Diocletian’s Palace, the former residence of one of ancient Rome’s greatest emperors and a fitting location for Daenerys to plot her return to Westeros.

Day three provides a reprieve from bustling urban life, as travelers journey to the Krka National Park, home to more than 200 species of birds, nearly 20 species of bats and the adorable European Otter. It’s also home to the spectacular Skradinski buk, a series of seventeen waterfalls cascading into a crystal clear pool, as well as the island of Visovac, home to an ancient monastery. After a refreshing lunch at a local Croatian farm, visitors will head to the forest of Dubrava near Sibenik city for an expert tutorial on the ancient sport of falconry.

On the fourth day, travelers will take a catamaran boat across the Adriatic to the island of Hvar. They will marvel at the blend of Renaissance and early Baroque architecture present in the city’s Cathedral of St. Stephen, and ponder the influence of Spanish, Greek and Venetian overlords in the design of Spagnola, Hvar’s seaside fortress, and the settlement of Stari Grad, another UNESCO World Heritage Site.

The next day, visitors will enjoy a scenic drive down the Croatian coastline, passing through quaint villages and enjoying lunch on the Peljesac peninsula, home to a number of excellent vineyards and the oysters of Ston. Upon reaching Dubrovnik in the afternoon, guests may enjoy an evening exploring the Old Town of this medieval walled city.

The last full day in Croatia brings fans deep into the world of Westeros with an exploration of King’s Landing. An expert guide will lead visitors through the streets of Dubrovnik, pointing out settings from the first three seasons: the city walls that served as the backdrop for the Battle of Blackwater and the Lovrijenac Fortress that witnessed the misdeeds of evil King Joffery. They will also visit Lokrum Island, the site of pivotal Lannister moments from season two, such as Littlefinger’s meeting with Queen Cersei, Tyrion’s inspection of the Alchemists’ Guild and the riot inspired by Joffery’s tyranny, as well as the model for the wealthy port city of Qarth. The day concludes with a tour of the serene and gorgeous arboretum at Trsteno, whose gardens served as the backdrop for the court intrigues of Lady Margaery Tyrell and her shrewd grandmother Olenna.

*International airfare is not included.