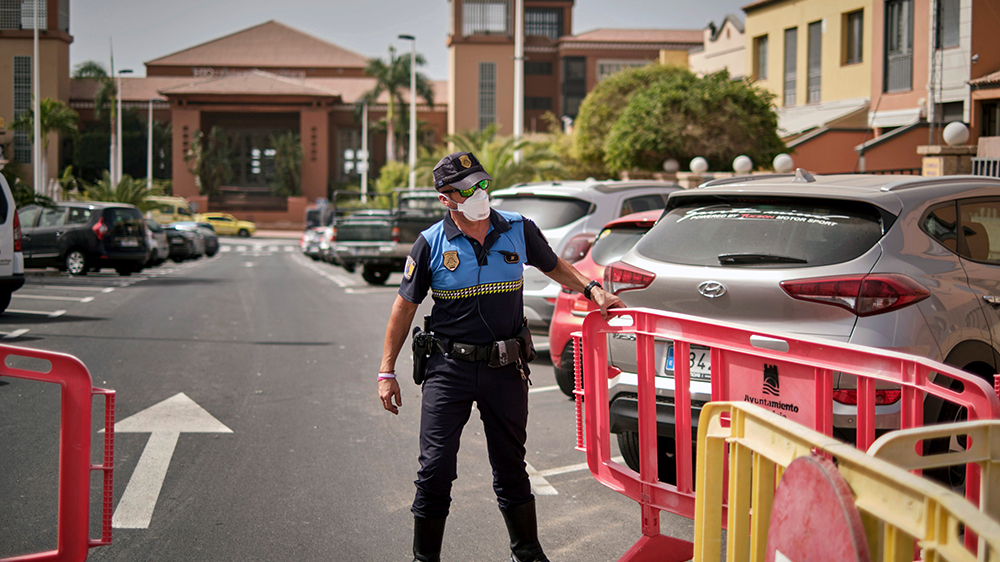 Fears over the coronavirus turning into a full-blown global pandemic look unlikely to die down any time soon, as Covid-19 continues to spread. And now, a luxury resort in the Canary Islands has temporarily closed its doors after a guest was diagnosed with the virus.

H10 Costa Adeje Palace, which is located on the Spanish island of Tenerife off the western coast of Africa, has been placed on lockdown after an Italian doctor who had been vacationing at the hotel tested positive for the corona virus, reports the BBC. While the doctor undergoes further testing at the nearby University Hospital Nuestra Señora de Candelaria, hotel management has asked guests to remain in their rooms.

While its unclear whether the closure is a formal quarantine, officials at the Canary Emergency Services Department are currently working to determine the severity of the outbreak in the hotel, which is popular with British tourists. Guests reportedly received a note informing them to stay in their rooms, and that the resort had been temporarily closed for health reasons.

During the quarantine, officials will test both guests and staff of the hotel who may have been exposed to the man to determine whether they have come down with the virus. In similar cases, like the Diamond Princess cruise ship quarantine in Japan, the lockdown has been in place for at least 14 days. Police have also enlarged a security cordon surrounding the premises to block access to nearby streets and parking lots as well.

The doctor is currently being kept in isolation while officials await the results of a second test which will confirm whether he indeed has the COVID-19 infection, according to The New York Times. The man reportedly checked himself into a local hospital after coming down with a fever a week into his stay in Tenerife. He hails from Lombardy, a region of Italy that has been hit particularly hard by the virus. While the virus is starting to wain in China, more and more cases are starting to pop up elsewhere, including in Europe and the Middle East.

Meanwhile, closer to home, the CDC has warned that it’s not a question of whether the US will have to deal with the coronavirus, but when. Dr. Nancy Messonnier, director of the National Center for Immunization and Respiratory Diseases, said that Americans should be ready for a “significant disruption” to their daily lives and prepare for the expectation that this “might be bad.” She also added that they should channel their concern about the virus into preparing for its arrival.