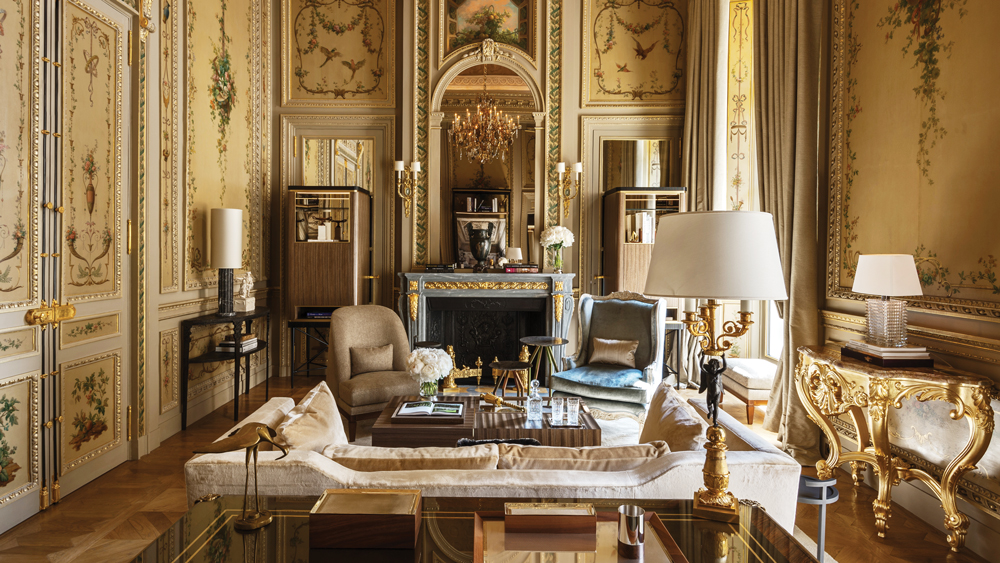 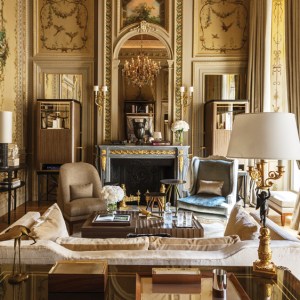 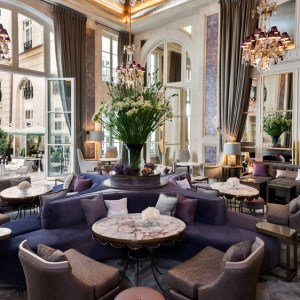 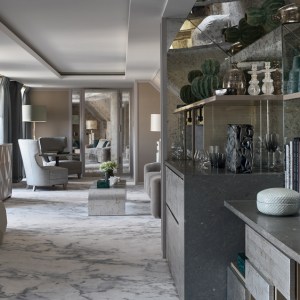 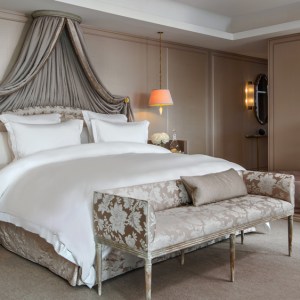 the stakes were high when Paris’s Hôtel de Crillon reopened its doors on July 6. The grande dame of the Place de la Concorde had much to live up to: Shuttered for nearly 4 years, it was the latest in a string of high-profile hotel renovations in the City of Light. But any doubts that the Crillon could reclaim its singular standing were erased on opening day, when attendants dressed in sartorial blue suits with chic silk scarves—hardly traditional doorman attire—welcomed guests into a thoroughly reimagined hotel.

A creative dream team that included Karl Lagerfeld, artistic director Aline d’Amman, and architect Richard Martinet preserved only what was necessary—and abandoned anything that was not—during the re-creation. The 124 rooms and suites feel like contemporary residences curated with collections of rare books and accessories. Two Lagerfeld-designed Grands Appartements stand out for their lavish yet playful details, from a cherub-adorned bathroom sink made from a 17th-century marble fountain to photographs of the designer’s beloved feline, Choupette.

Stuffiness has also been scrubbed from the public spaces. The hotel’s Les Ambassadeurs cocktail bar is a crushed-velvet dream serving 200 types of Champagne. L’Ecrin’s gastronomic cuisine has been nipped and tucked to perfection by chef Christopher Hache. A newly excavated subterranean spa sparkles with a glass-roofed spa. And perhaps most of-the-moment, a distinctive men’s lounge lined with leather Aston Martin chairs offers straight-razor shaves and shoeshines.