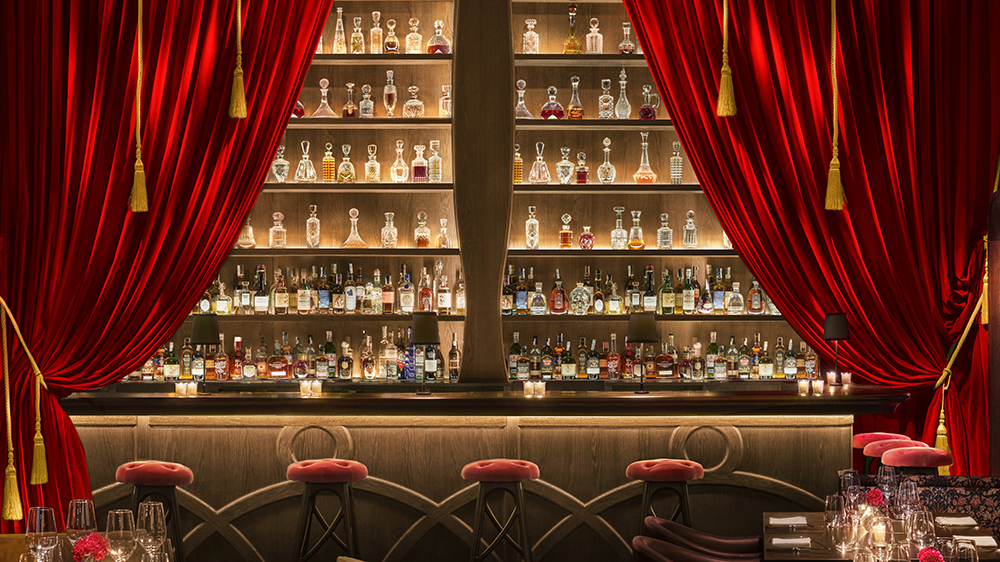 After taking in the sights at La Sagrada Familia and Park Güell this summer, a stay at the Barcelona Edition will grant you access to one of the city’s most alluring nightspots.

Hidden beneath the five-star hotel lies Cabaret, an exclusive late-night micro club that features live music by local DJs, signature cocktails and special events. The cult venue, which originally launched alongside the hotel in 2018, reopened late last month. Equipped with a full cocktail bar and dancefloor, the sultry space is a necessary stop for those looking to have some nighttime fun in the Spanish city.

An inside look at the Cabaret.  Nikolas Koenig/Courtesy of Edition Hotels

A state-of-the-art sound system keeps guests dancing while mixologists prepare a variety of drinks. The brand-new cocktail menu takes inspiration from some of Europe’s most famous cabarets, 1970s Barcelona and the city’s iconic discothèque Bocaccio. The latter was similar to New York’s legendary Studio 54, which was co-founded by the hotel chain’s creator, Ian Schrager. Paying homage to Schrager’s roots, Studio 54-inspired cocktails are served with ingredients like gin, cava, hibiscus, mezcal and more.

Two of the specialty cocktails served that are Studio 54 inspired.  Nikolas Koenig/Courtesy of Edition Hotels

Every Friday, Cabaret plays host to “Donna’s,” the hotel’s signature night. The event offers live music followed by DJ sets filled with disco, funk and house music. A few of the DJs slated to perform at the club in the near future include Dam Swindle, Dimitri from Paris, Gigi McFarlane and Adrian Marth. On Saturdays, the venue presents a variety of different events, like “D.R.O.P,” “Reel to Reel,” “Jackies” and “Mainline,” all of which feature an electronic soundtrack performed by local artists. The rest of the week, from Sunday to Thursday, guests have the option of renting out Cabaret as their own private event space.

Located on the edge of El Born District, the Barcelona Edition stands next to the city’s famous cathedral—which is renowned for its Gothic architecture—and the Santa Caterina Market. The hotel has 100 guest rooms, a signature restaurant, a rooftop bar, an outdoor pool and a fitness center. If that’s not enough to keep your attention, many of the city’s main beaches are located nearby, as well as the tree-lined street of Las Ramblas and several Antoni Gaudi-designed buildings.

The Cabaret is now open from 10 p.m. until 3 a.m. every Friday and Saturday.