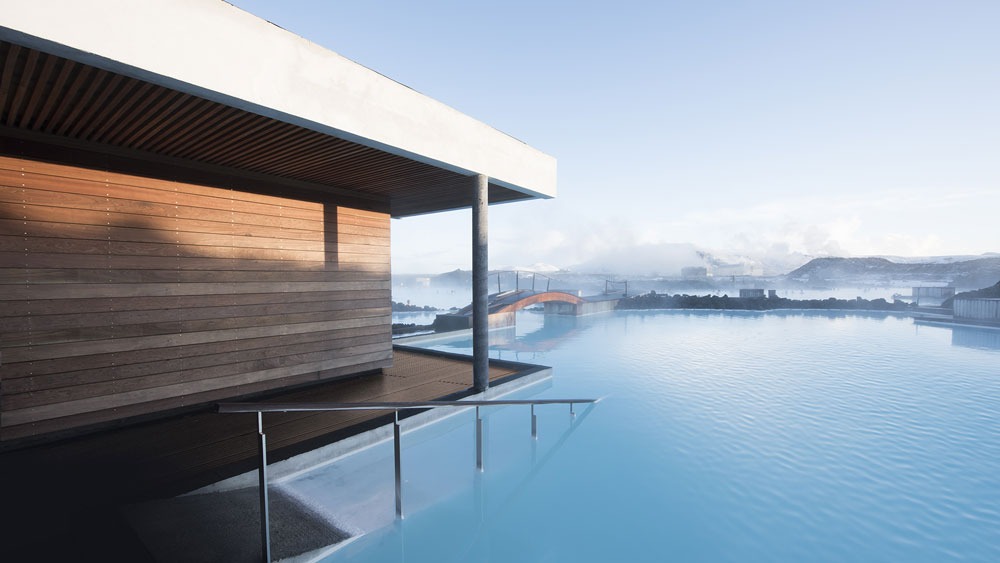 Iceland’s Blue Lagoon has long enticed wellness seekers and jet-setters with its otherworldly appearance and skin-boosting, blindingly blue geothermal waters and algae-packed mud. Now, those making the increasingly-popular trek out to the UNESCO Global Geopark, located about 45 minutes south of Reykjavík, will have an equally tranquil home base—the Retreat at Blue Lagoon Iceland.

Set to open in April, the Retreat features just 62 sleek suites nestled into the 800-year-old lava flows that give the lagoon its sprawling, undulating shape. Designed to put the beauty of the lagoon and Iceland’s rugged landscape front-and-center, the suites all feature minimal Scandinavian-style décor and a neutral palette of greys, creams, and whites that emphasize the pale glow of the waters outside. Though rooms on the upper level feature private balconies that offer up breathtaking views of the ever-changing Icelandic countryside, check in to one of the lower level rooms for the ultimate Blue Lagoon experience—as many boast spacious private decks that offer direct, round-the-clock access to private stretches of the water.

Upping the property’s already-high wellness quotient is the Retreat Spa—a subterranean space built into a lava flow on the south shore of the lagoon. There, guests can spend their days soaking up the best that the lagoon’s waters have to offer by lounging in the lava-rock steam room or taking a system-shocking (and immune-boosting) dip in the spa’s cold-water well. Guests can also boost their lagoon experience with in-water massages and treatments like the Blue Lagoon Ritual—in which guests make their way through a series of interconnected chambers, covering themselves with nutrient-rich silica, algae, and minerals along the way.

When not floating in the lagoon, guests of the Retreat can head out on daily guided hikes through the Geopark’s lunar-like lava flows, mossy cliffs, and black beaches, and, if they’re lucky, catch a glimpse of the Northern Lights. Come dinner time, they can snag a seat at the Moss Restaurant’s lava rock chef’s table for a meal highlighting seasonal produce and pure, local ingredients. To toast to days well spent, guests can then head down to the Wine Cellar—which has been built into a cavern of multi-hued, frozen-in-time lava left over from an eruption in 1226.