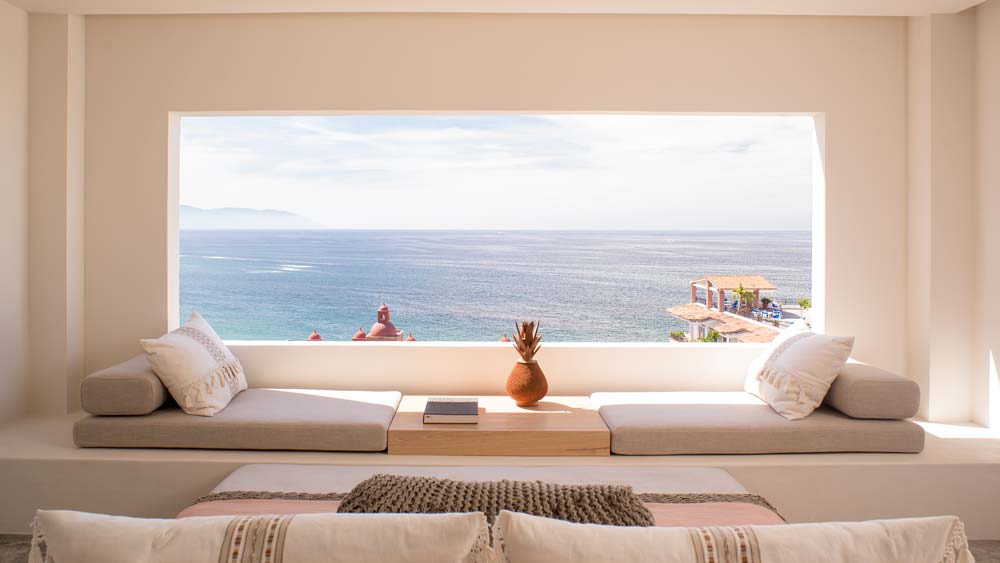 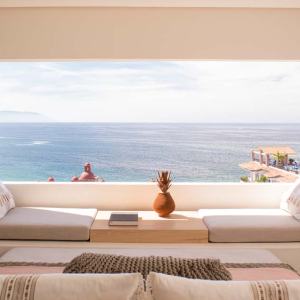 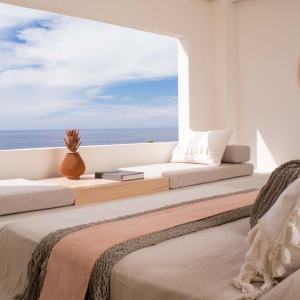 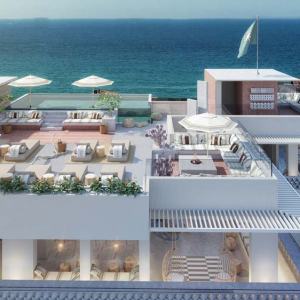 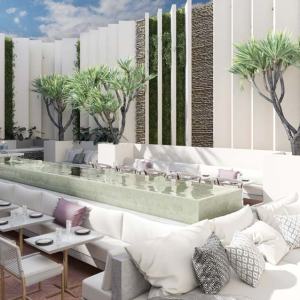 With the sparkling blue Pacific on one side and the dramatic Sierra Madre Mountains on the other, it’s no wonder why Puerto Vallarta became a hotspot for celebs looking to unwind in the 1960s—when the arrival of Hollywood icons Richard Burton, Elizabeth Taylor, and Ava Gardner for the filming of John Huston’s the Night of the Iguana put the destination on the map for American travelers. And while this concentration of star power lent the city a glamourous reputation, other hotspots like Los Cabos and Riviera Maya caught the attention of jet setters as the century came to a close.

But come October, Puerto Vallarta will get a fresh injection of wanderlust-inspiring energy thanks to the opening of Hotel Amapa, a member of the Design Hotels collection. Located in the vibrant and historic Zona Romantica, the 55-room, adults-only hotel will offer something new in this old part of town: contemporary design, attentive service, and a location just steps from the bustling Playa Los Muertos and the town’s charming, easy-to-stroll streets (which are filled with fashionable restaurants, bars, art galleries, and boutique shops to rival Tulum).

Aiming to fuse a traditional Mexican aesthetic with a minimal and modern sensibility, developer David Harries led a creative team that included Circle Minds, Nicole Haime of NMH Creative, and architect Guillermo Michel Renteria. The resulting collaboration is an eye-popping showcase of Mexican design: a sleek, contemporary hotel emboldened with local craftsmanship from artisans ranging from Oaxaca and Chiapas to the Yucatán Peninsula.

The guestrooms—many complete with expansive windows and private balconies—are intended as a home away from home; an oasis of calm in the buzzy city. To that end, the team took inspiration from influential Mexican architect and engineer Luis Barragán’s purist approach to color and form, dreaming up a palette of creamy neutral tones to compliment the azure views of Banderas Bay and lush green mountain landscapes. Each room is dressed down with soft, textured walls, original herringbone brick patterns, artisanal hammocks, and exclusively commissioned weaves by fiber artist Mariella Motilla. Bespoke local craft objects—thing ceramics, pillows, photographs, lamps—add a dose of unique personality.

Though guests are encouraged to immerse themselves in Puerto Vallarta’s culture and culinary scene, should they choose to dine in, the hotel’s café and restaurant feature menus designed to highlight local flavors and costal Mexican cuisine. And come time for a sundowner, the property’s rooftop pool and bar will offer some of the best classic Puerto Vallarta sunset views—and libations—anywhere in the city. With a cocktail in hand, it’s easy to imagine Burton and Taylor bellying up to the bar as the sun slips beneath the Pacific.