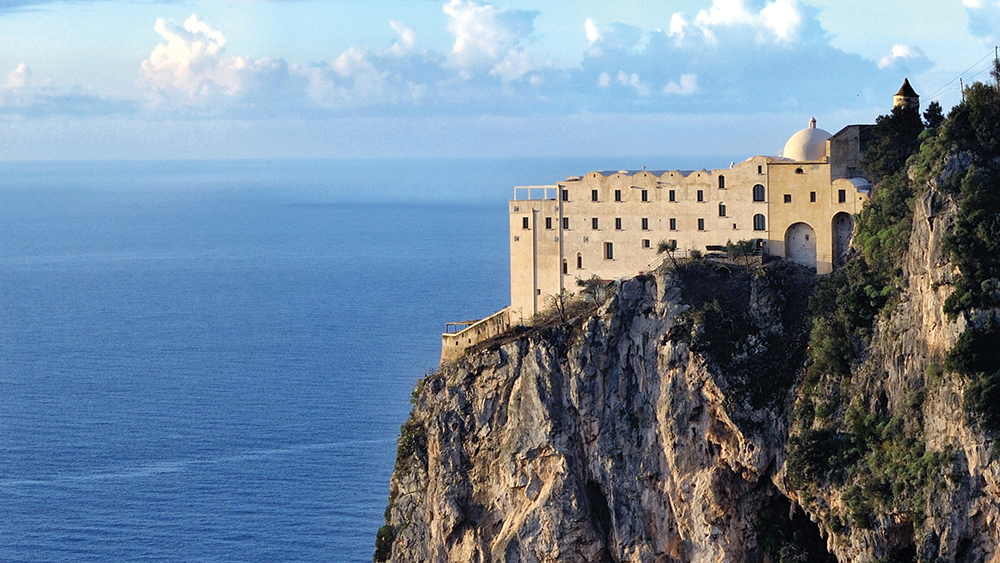 Texan Bianca Sharma was on vacation with her sons on Italy’s Amalfi Coast when she spotted a former monastery and convent from the 17th century that lay abandoned. It took 10 years for that smitten entrepreneur to restore the site into an exceptional clifftop hotel and grounds, the aptly named Monastero Santa Rosa Hotel & Spa, where each of the 20 rooms and suites has a view of the sea.

Sharma is offering Robb Report readers an exclusive three-night buyout package, including all meals from her Michelin-star kitchen and full access to her 3,000-plus-bottle wine cellar, plus unlimited treatments in the spa, housed in the convent’s onetime vaults.

Chef Alfonso Crescenzo will host a private cooking class for those in residence, while another day will include a private tour of the ruins in Pompeii, where a Roman chariot and other newly discovered artifacts should astonish even seasoned visitors. Capping off the sightseeing trip: lunch at Bosco de’ Medici, the biodynamic winery that sits alongside the lost city on the slopes of Mount Vesuvius. $230,000 for up to 40 guests