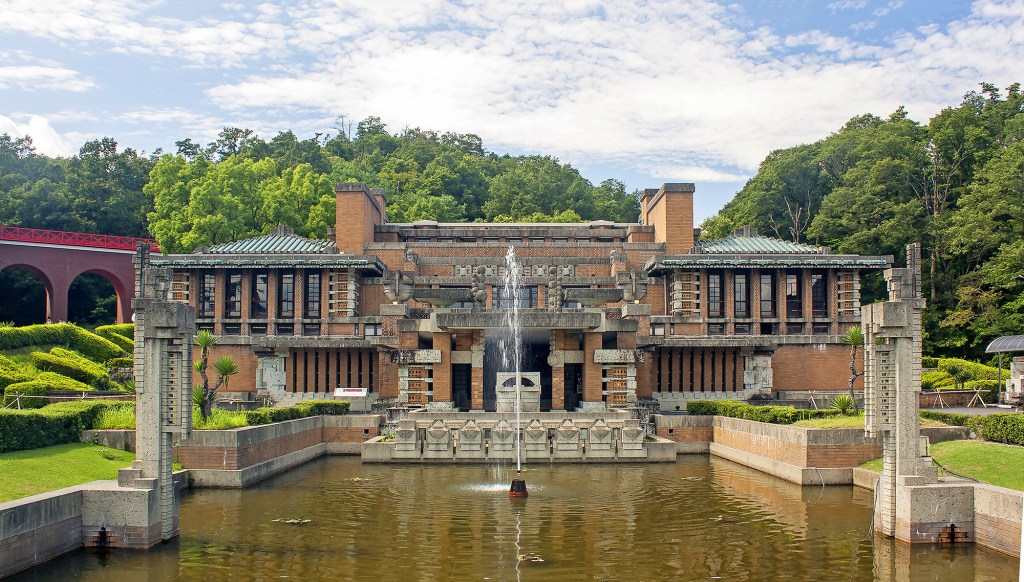 Frank Lloyd Wright, arguably the greatest American architect of all time, was responsible for more than 500 projects throughout his life, from New York’s swirling Solomon R. Guggeheim Museum to Pennsylvania’s effervescent Fallingwater residence. In Japan, the architect is particularly legendary for his creation of the iconic Imperial Hotel, a magnificent circa-1923 monument fusing Mayan Revivalist pyramids and iconography with Japanese materials and woodblock patterns. This year, to celebrate the 150th anniversary of Wright’s birth, the hotel has unveiled a series of exhibitions and experiences that reflect its creator’s style and spirit.

In June, the Imperial unveiled a remastered lobby lounge, designed by the Japanese architect Takemi Nishimoto, that acts as a living museum of Wright’s original designs and details. The reimagined space is filled with restored elements from the elaborate original, from terra-cotta tiles, China, and glassware to surprisingly-still-intact relics like matchboxes and soap that date to the hotel’s former iteration.

Guests can toast Wright’s birthday with signature cocktails at the Old Imperial Bar, which appears utterly untouched since its completion in 1923. In fact, the setting is a replica, constructed from the very same Oya stone and terra-cotta walls that adorned the original version. Here, guests can sip on Mount Fujis, a concoction of dry gin, lemon and pineapple juices, and egg white that has been on the menu since 1924.

As an added homage, for a limited time, the Imperial will offer choice guests the opportunity to spend one night in the Wright Foundation–supported Frank Lloyd Wright Suite, which features such museum-quality Wright creations as stained-glass windows, volcanic stone reliefs, and distinctive light fixtures.