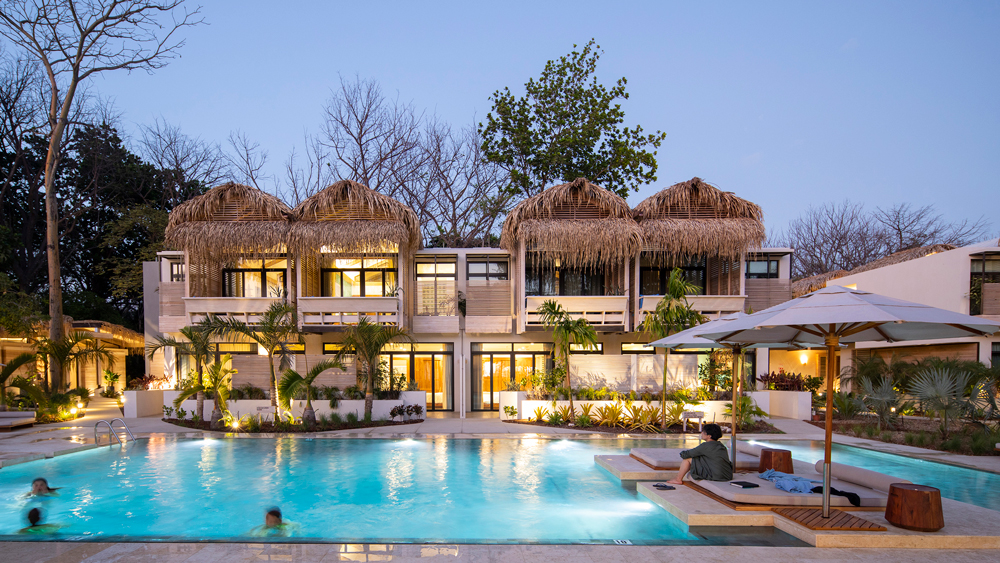 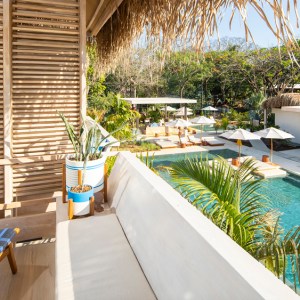 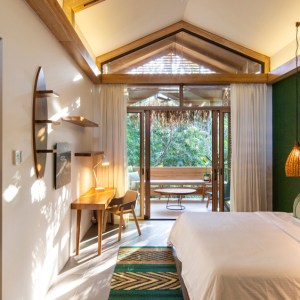 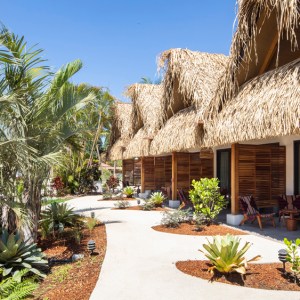 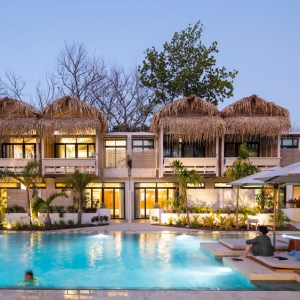 Though it is no secret that we love a good renovation here at Robb Report, not everyone is always so enthusiastic—as both repeat guests and locals often form deep attachments to the way things were. As one of the very first surf hubs in Nosara, Costa Rica, the announcement of the iconic Gilded Iguana Surf Hotel’s facelift was met—as can be typical in change-weary small towns—with mixed opinions. Yet after completing its top-to-bottom redesign in March, the 30-year old landmark’s stylish homage to Nosara’s history has been widely applauded.

Hugging the Nicoya Peninsula—a coveted Blue Zone (one of the five geographic areas where people live to 100 more commonly than anywhere else on the planet)—the Gilded Iguana’s new look celebrates the town’s bohemian mentality via laid-back luxury. Designed by architect Benjamin Garcia Saxe in conjunction with co-owner Jeffrey Grosshandler, the 29 rooms and a posh surfer suite ferry the outdoors in with al fresco living spaces, black-and-white surf photography, locally sourced, sustainable materials, and a neutral palate with playful pops of jungle green.

“The entire project was redesigned with social experiences in mind,” says Grosshandler. “The spaces are open, enticing, and encourage people to share their travel stories or surf sessions. We wanted a non pretentious place for travelers, surfers, and families to socialize and relax.”

No space captures this feeling better than the Iguana’s restaurant and bar—which has long been host to lively cocktail conversations anchored in daily surf reports. With an eye on bridging past and present, Grosshandler says, “the restaurant was rebuilt in identical form and fashion, with upgrades and structural integrity to last the next 100 years.” The resulting space mixes classic surf-chic décor with modern, open-air spaces designed to invite everyone to grab a drink, settle in, and swap stories of riding the waves around the world.

With the swells of dare-to-leave-me Playa Guiones just a short walk away, Mother Nature—instead of your iCal—dictates the day’s pace. “People lead healthy, active lifestyles,” Grosshandler adds, “Nosara is an early-to-bed, early-to-rise town, where daily surf sessions or yoga are the norm.”