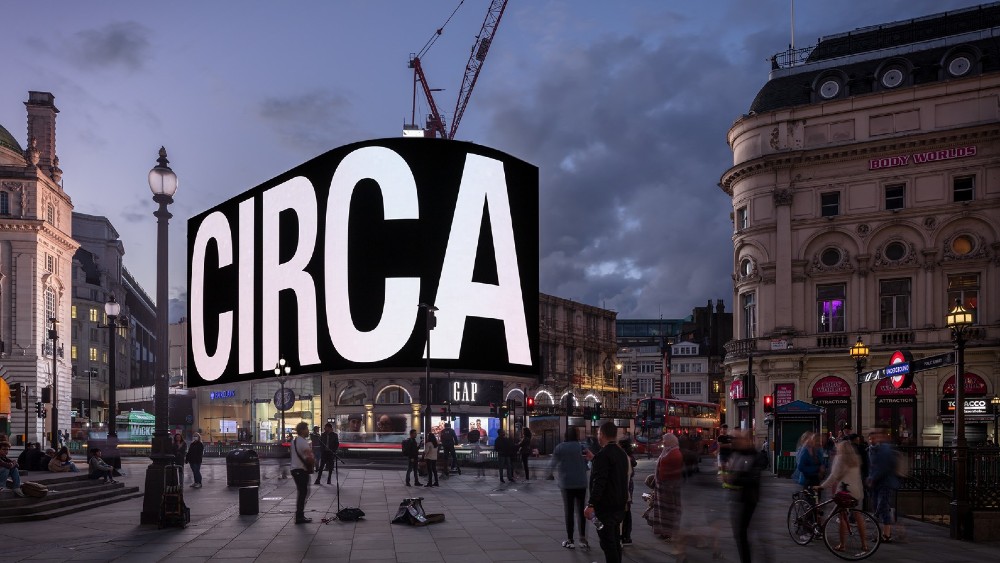 An image of a sun rising out of the darkness is a poetic way of representing the emergence of spring after a long winter—and a fitting symbol of hope at this moment in time, as the world begins to reawaken after the pandemic’s twin traumas of grief and isolation. It’s also the central theme of a new video work by David Hockney, one of the world’s most renowned living artists. For two and a half minutes every evening in May, Hockney’s Remember you cannot look at the sun or death for very long will be broadcast on outdoor video screens in five cities across the world as a show of global collaboration and unity. In addition to screens in iconic public spaces such as New York’s Times Square and London’s Piccadilly Circus, the animated work will also be broadcast at one hotel: Pendry West Hollywood in Los Angeles, which opened on April 2.

The global presentation was commissioned by Circa, a new platform showcasing digital art in the public sphere. “There has never been a better time for this shining image of hope, which links people across borders and continents to celebrate the arrival of spring,” said Josef O’Connor, founder and artistic director of Circa, in an announcement about the project. “We are especially grateful to David Hockney, a master in exploring the boundaries of new media, for allowing Circa to present his work in such a bold and democratic way.”

A still from the new digital painting, which was created on an iPad.  Copyright: David Hockney

Throughout May, at the same local time each evening, the digital piece—which Hockney created on an iPad in his studio in Normandy, France—will interrupt the advertisements running on large public screens. In London, it will be broadcast in Piccadilly Circus at 8:21 p.m. BST, on Piccadilly Lights, Europe’s largest screen. In New York, the piece will be synchronized across 70 screens in Times Square at 11:57 p.m. EST, in collaboration with Times Square Arts’ Midnight Moment program, while in Seoul, it will play at 8:21 p.m. KST on COEX K-POP Square, the biggest digital billboard in Korea. In Tokyo, head to the Shinjuku district at 9 a.m. JST to catch the piece on Yunika Vision, the largest three-paneled LED screen in Japan.

The artist in his studio in Normandy, France, earlier this year.  By Jonathan Wilkinson

Along with these recognizable public spaces, the piece will be shown at 8:21 p.m. in LA at the Pendry West Hollywood hotel, which has over 5,300 square feet of digital signage on three facades facing Sunset Boulevard, on the Sunset Strip. “Art is one of Pendry’s core brand pillars, and we’ve poured our heart and soul into curating a standout art collection for the hotel and residences,” Michael Fuerstman, co-founder and creative director of Pendry Hotels & Resorts, tells Robb Report. “Through this work, we discovered Circa, which was created to enable art to thrive through the pandemic—something we are dedicated to amplifying in any way we can. We are humbled to be a part of this global art project by Circa and David Hockney, and for our digital signage to join some of the world’s most iconic landmarks in that effort.”

If you’re not in one of these five cities, you can catch Hockney’s vision of springtime and optimism streaming on the Circa website every evening of the month at 8:21 p.m. BST. A poster inspired by the piece will be available for purchase on the site until May 31, with proceeds benefiting #CIRCAECONOMY, a nonprofit created to commission new artistic endeavors and support the creative community in the post-Covid-19 era. The global happening coincides with the release of Hockney’s new book, Spring Cannot Be Cancelled, and his exhibition The Arrival of Spring, Normandy, 2020, running May 23 to September 26 at London’s Royal Academy of Arts.