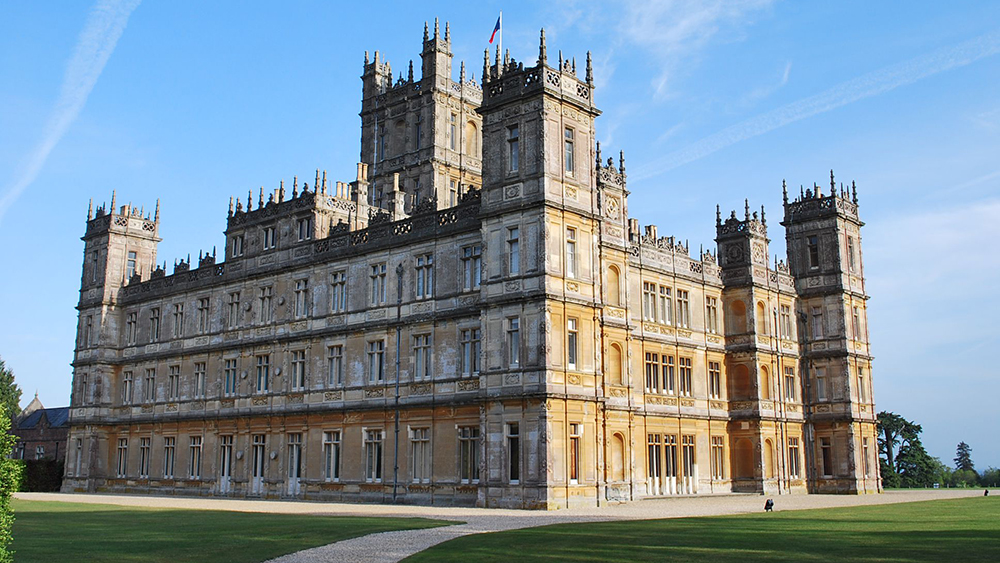 Downton Abbey obsessives will soon have the opportunity to live out their wildest aristocratic fantasies—well, for one night at least: Highclere Castle, the stately 17th-century English abode which grew to prominence on the uber-popular period drama, has just been listed on Airbnb.

To capitalize on the hype surrounding the new Downton Abbey feature film—it debuts stateside on September 20—the Earl and Countess of Carnarvon are opening the suitably swanky doors to their 100,000-square-foot, 300-room Hampshire home and letting two lucky guests live like royalty.

“For one night only, you can sleep in one of the castle’s iconic bedrooms and get the opportunity to live like the Lord or Lady of a stately home,” the Airbnb listing reads.

Indeed, the chosen couple will be given the full royal treatment: The evening begins with cocktails in the saloon, followed by a traditional dinner with the Earl and Countess, no less. Next, coffee will be served in the library before you retire to one of the regal suites which overlook more than 1,000 acres of rolling parkland. All the while, the castle’s butler will be on hand to cater to your every whim.

But don’t change your name to Crawley just yet, there are a few stipulations. Only the night of November 26 is available, and those applying must have positive reviews on Airbnb and also be a bona fide Downton Abbey fan (though the listing doesn’t specify exactly how one proves this). Reservations open on October 1 and the stay will set you back just $149 (£120) which is actually quite achievable for the mere pleb.

To celebrate this special offering, Airbnb will be making a donation to The International Federation of Red Cross and Red Crescent Societies. An apropos gesture, to be sure, as the Downton Abbey franchise is certainly sitting pretty when it comes to revenue: The movie alone brought in around $12.5 million across 17 markets on its opening weekend and that’s not including merchandise sales. (In 2014, the show’s global merchandising revenue hit $250 million.)

If you miss out on the overnight stay, the castle is also open to the public on select days throughout the year. Check the Highclere Castle website for more information.