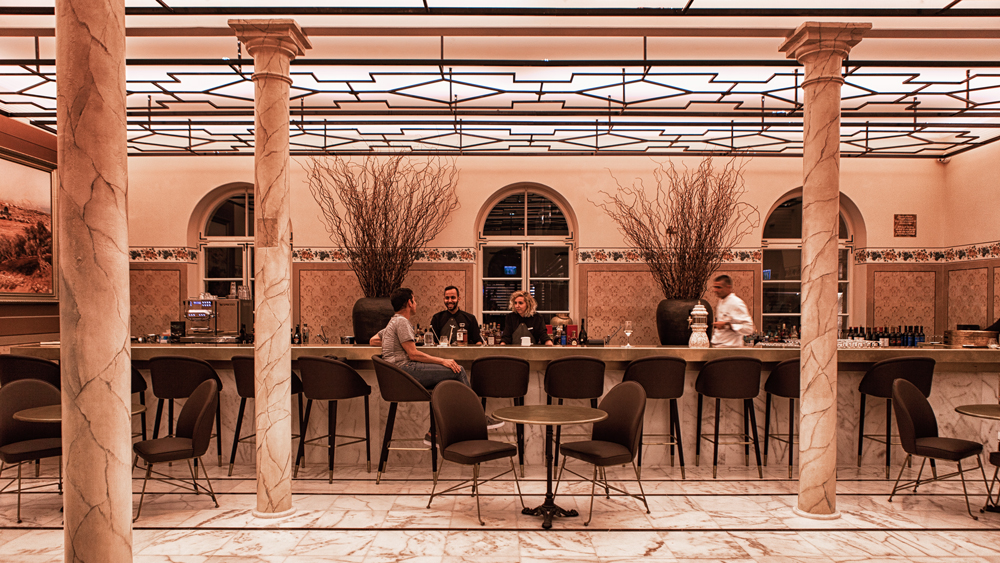 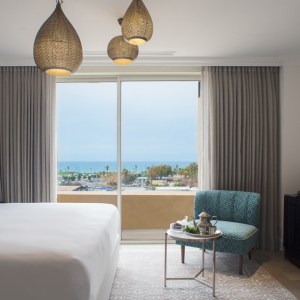 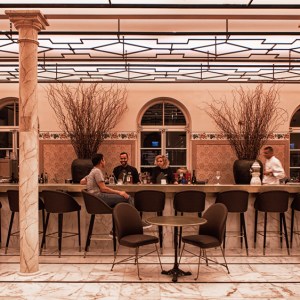 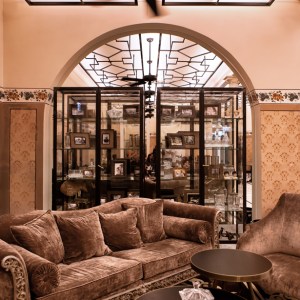 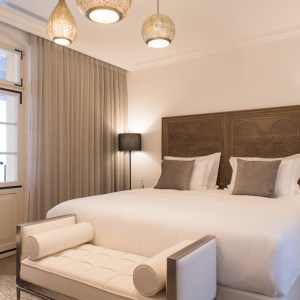 Tel Aviv is bursting with new luxe hotels, and the latest to open in the ancient city is a historic stunner. The Drisco, a member of the Leading Hotels of the World, opened in early June just outside the old city walls of Jaffa in the developing American Colony neighborhood—a calm respite from central Tel Aviv’s buzzy see-and-be-seen atmosphere.

The hotel’s history spans centuries and spins a fascinating tale involving Americans, Germans, and the Ottoman Empire. In 1866, during the Ottoman rule of the region, a self-proclaimed prophet from Maine convinced 40 American families to move to Palestine. Among these pilgrims were two brothers, John and George Drisco, who attempted to build a hotel just outside Jaffa’s walls. Unfortunately, the Drisco brothers ran out of funds before completion and sold the hotel to Ernst Hardegg, a German Templar hotelier who finished it and named it the Jerusalem Hotel, due to its location as a rest stop for well-heeled travelers of the day disembarking at Jaffa Port and journeying on to Jerusalem. Between 1870 and 1940, the Jerusalem Hotel was renowned for being one of the most lavish in the region and was frequented by guests including Thomas Cook and Mark Twain. By the 1960s, though—post British rule and the War of Independence—the building lay dormant, its storied past relegated to ancient history.

“We bought the shell of the building [in 2006], and we started to plan the revival of this hotel,” says Avi Zak, the hotel’s owner and managing partner. “We read all the history, and we realized that this is a property that is like a diamond, and it has to be revived.”

Today, Zak and his team have done just that. After an extensive restoration, the Drisco—named in homage to the Drisco brothers—is a 42-room boutique hotel that mixes European and Turkish (a nod to its German and Ottoman roots) decor elements, features revived historic murals, and has modern conveniences like grand marble bathrooms and complimentary mini bars stocked with locally sourced fare. The building itself is made of limestone and features stone arches, wrought-iron details, and an ornate facade. The entrance of the hotel maintains original German text on the grand arch as well as painted patterns and murals from the 1860s that were uncovered along the entrance walls, in the lobby, and in the cellar and then painstakingly restored. An ancient stone staircase has also been preserved in glass so guests can climb safely while still appreciating the original handiwork.

Suites are upgraded with a living area complete with premium leather couches and French doors to private terraces, a large king bedroom, and a soaking tub in the bathroom. Guests reserving suites will also enjoy complimentary liquor added to the mini bar selection, and butler service can be requested in advance. For ultimate privacy, guests can book the historic Villa Drisco, a stand-alone building next door to the main property composed of five rooms, including the charming Norton Suite.

Dining options include the Drisco Bar, located in the hotel’s stylish lobby, and Zada, an innovative restaurant by executive chef Shahar Bitton serving food inspired by the Sultan’s table during the Ottoman Empire. Located in a basement space that was once home to the Jerusalem Hotel’s bar, the restaurant features an Ottoman-leaning menu that’s complimented by restored wall and ceiling murals depicting classic German alehouse themes.