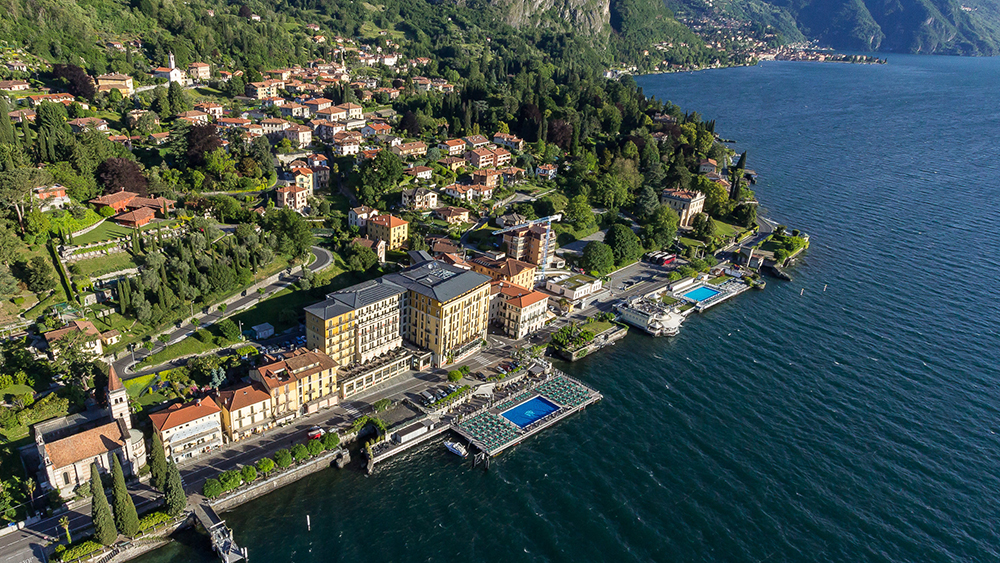 George Clooney is going to get a new neighbor.

Edition Hotels announced it will open along the picturesque Lake Como in 2025, providing a place to stay for A-listers who don’t already have a villa there like Clooney.

Set in a 19th-century building on the western shore of the storied destination, the Lake Como Edition will be a short drive from Central Milan. It will offer 145 guest rooms (including two penthouse suites), a lobby bar, floating pool and a variety of restaurants and bars to enjoy during downtime. Overlooking Italy’s third largest lake, the property also includes breathtaking views of the Bellagio mountains.

Edition’s parent company, Marriott International, made a deal with Bain Capital and Omnam Group, who will own and develop the hotel through a fund managed by investment management company Kyralos SGR.

“We are excited to work with Bain Capital Credit and Omnam Group to introduce the Edition Hotels brand to one of Italy’s most beautiful destinations,” says Josh Fluhr, senior vice president and managing director, Edition Hotels, Marriott International in a statement. The opening of the new hotel is expected to strengthen Marriott International’s European portfolio of properties which currently includes more than 719 properties across 25 hotel brands.

“There is an incredible opportunity for hotel investments in Italy, not only in large tourist destinations like Rome and Milan, but in specific locations that have a strong appeal for guests that look for high quality services and unique experiences,” said Paolo Bottelli, CEO of Kryalos SGR.

Avid travelers may have picked up on this as well, citing Bvlgari’s announcement of a 2022 luxury hotel opening in Rome and the Four Seasons’s acquisition of Sicily’s iconic San Demenico Palace in Taormina, which reopened in 2021. Auberge Resorts also announced plans in the past year to open its first hotel in Tuscany, dubbed Collegio alla Querce, that will debut in 2023.

As a luxe alternative to nearby villas, the Lake Come Edition could become a new hotspot in the area.