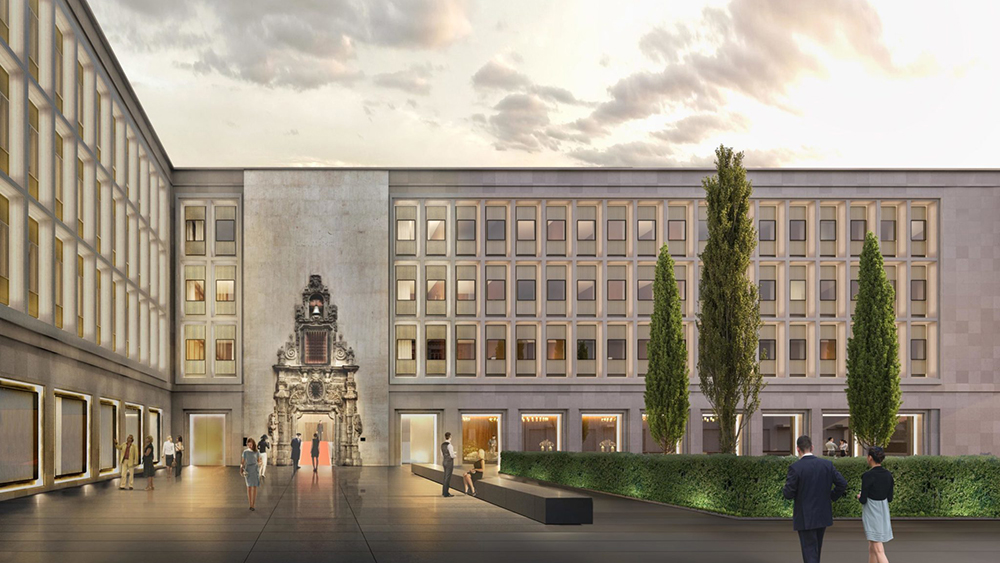 The recent opening of several new luxe hotels in Madrid, from the Four Seasons to Rosewood, has catapulted the Spanish capital into the luxury travel spotlight. Its five-star line-up continues to expand as Edition opens the doors to a new property in the city this month.

Dubbed the Madrid Edition, the hotel has been previewing the space to select visitors since March 1. Opening some four years after the brand’s reveal of the Barcelona Edition. the place includes 200 rooms and suites, which can be connected for groups. An exclusive selection of rooms with private terraces are also available. Two restaurants, led by award-winning chefs Diego Munoz and Enrique Olvera, will serve you world-class cuisine; or you can grab drinks at one of three unique bar concepts. For unmatched views of the vibrant capital, guests can head to the hotel’s roof for both jaw-dropping sights and a dip in Madrid’s biggest rooftop pool.

The getaway is located at Plaza de Celenque in the lively neighborhood of Sol, just a few steps away from Kilometer Zero, which is the geographical center of the country. You’ll also be able to easily access the nearby Royal Theatre, Plaza Mayor and Royal Palace. The hotel is also bordered along its northern edge by Grand Via, Madrid’s Broadway, which is excellent for views of the city’s historic architecture.

The urban resort is situated in a building originally designed by Spanish architect Pedro de Ribera. Noted hotelier Ian Schrager, founder of Public Hotels, sought out the simplicity of British architect John Pawson and the artistry of Paris-based designer Francois Champsaur for the hotel’s elegant debut. “Every time I visit Madrid, I am conscious of the cultural intensity of the city. It has a particular energy and a strong sense of place,” says Pawson in a statement. “With the Madrid Edition, I wanted to make somewhere with an equal but different intensity—calm spaces to withdraw to, but also an environment charged with its own life and identity.”

Starting on the ground floor, you’ll find the popular Lobby Bar that Edition Hotels are known for, with custom-made bespoke furnishings from acclaimed designers. This includes: Jean-Michel Frank sofas and armchairs, recycled bronze stools from Maison Integre, rope-covered chairs by Christian Astuguevielle and more. You can also access Jerónimo, one of the hotel’s two restaurants, from the lobby. It ‘s spearheaded by Enrique Olvera, owner of the legendary Pujol, and offers global cuisine and cocktails that are heavily influenced by Mexico’s traditional culinary roots.

For an alternative, visit the equally luxe Oroya restaurant on the 4th floor rooftop. Helmed by Peruvian chef Diego Munoz, the scenic eatery provides a tapas menu with family-style sharing plates; dishes iinclude ceviche, Papa Rellena and Ha-Kao on Parihuela Broth, among others that reflect influences from Spain, Africa, Italy, China and Japan. Oroya’s terrace is surrounded by a lush garden and features a fireplace, as well as a vine-covered pergola.

The Barcelona Edition, seen here, was the brand’s first hotel in Spain when it opened in 2018.  Photo: Courtesy of Edition Hotels

After dinner at Oroya, guests staying in either of the two west-facing penthouses will have a short trip back to their duplex rooms. Both feature an upper-level bedroom, lower floor living rooms and a butler’s kitchen. The icing on the cake is that they also have private infinity outdoor pools.

For fun, the rooftop is also the spot to sip cocktails and snack on small bites from one of the 60 sunbeds and 10 cabanas that ring the spacious pool. After the sun sets, Edition’s entertainment venue located on the hotel’s lower ground level (opening later this year) will be your go-to “after-dark” spot. The glamorous space will include a gold polished plaster wall and a back-lit onyx bar with a leather base. Elsewhere on the same level, you’ll find the fully-equipped gym and wellness facility, alongside five treatment rooms that use products from Spanish brand Natura Bissé.

“I am very proud of this project,” says Schrager in a statement. “Not a single detail has been overlooked and the finished product has created a unique and magical concept that will be unrivalled in the city.” If you’d like to test that theory, visit the Madrid Edition website for more details.