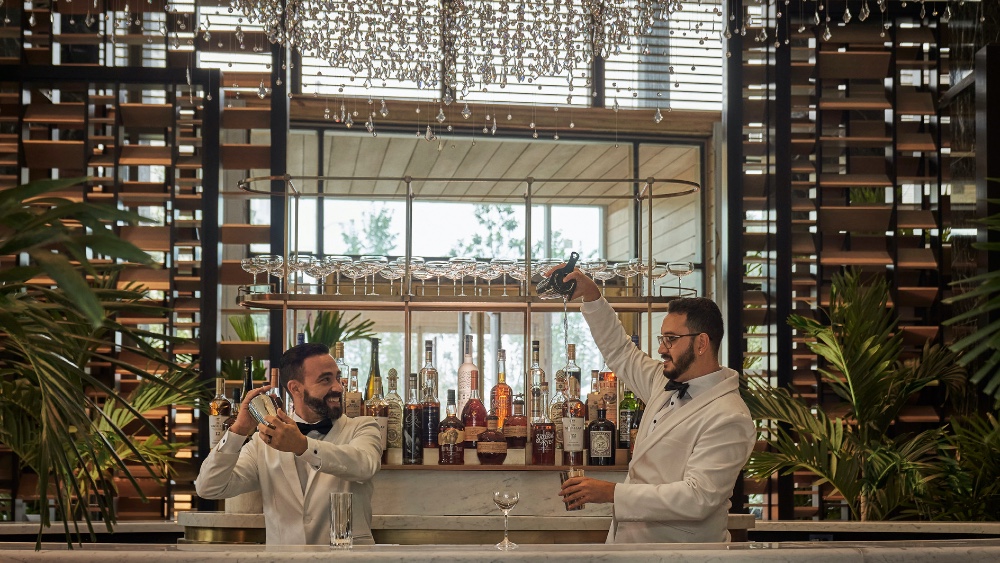 For a long time, New Orleans’s hotel landscape primarily consisted of big, brand-name hotels geared towards corporate and convention travel and smaller inns and boutique hotels of varying levels of charm (and comfort). On the luxury front, there were mainstays like Windsor Court, the Roosevelt New Orleans and the Ritz-Carlton New Orleans, but not many other true five-star options.

Over the last few years, though, things have changed, as there’s been an influx of upscale (and mainly independent) properties strong on design, cuisine and local flavor; think Hotel Peter and Paul, Hotel Saint Vincent, the Chloe, and Maison de la Luz. These arrivals have helped attract a new type of discerning and engaged traveler to the city and have elevated its level of hospitality offerings (even prompting some old favorites to embark on renovations). And now, things are going to an even higher level with the August 17 launch of the much anticipated Four Seasons Hotel and Private Residences New Orleans.

“We’ve all been patiently waiting for life to return to this landmark on the Mississippi River, but this will be better than anyone dreamed,” Mark Romig, senior vice president and chief marketing officer at New Orleans & Company, the city’s tourism and economic development bureau, tells Robb Report. “We’ve been fortunate to have so many new hotels built or renovated over the past few years that attract a variety of travelers to the city, and the opening of the Four Seasons will certainly be a culmination of our luxury hotel evolution.”

The hotel sits at the end Canal Street in the former World Trade Center, built in 1967 by noted modernist architect Edward Durell Stone, who also crafted Radio City Music Hall, the Museum of Modern Art and the Kennedy Center for Performing Arts. Following a three-year, nearly $500 million re-do by Four Seasons, the 34-story tower—which was officially added to the National Register of Historic Places in 2014—now has an extra level to hold Vue Orleans, an indoor-outdoor cultural exhibit and observation deck with 360-degree views (it’s the only part of the building that’s not operated by Four Seasons).

The conversion of a 1960s office building into a contemporary hotel was spearheaded by architecture firm CambridgeSeven and lead designer Bill Rooney of Bill Rooney Design, who saw opportunities to blend the historic architectural elements with a fresh new look. The structure now houses 341 guest rooms and suites and 92 private residences, all with views of the river or city from their floor-to-ceiling windows. Each guest accommodation has as its focal point a multi-panel plaster wall relief of magnolia flowers, as well as a crisp décor made up of mid-century modern-inspired furnishing and materials like white oak and white Carrara marble. The two one-bedroom Presidential Suites have things like a private office, a gym, a 10-seat dining table and Riverview bathtubs spread out over their 2,439-square-feet. Both the rooms and public spaces are adorned with works from the hotel’s extensive collection, which was curated by Kate Chertavian Fine Art.

Even many of the bathrooms have expansive views.  By Christian Horan / Courtesy Four Seasons Hotel New Orleans

You can’t be a serious hotel contender in New Orleans without bringing your food and beverage A-game, and the Four Seasons has shown it means business by enlisting two of the city’s top chefs for its in-house restaurants. The lobby level Miss River is Alon Shaya’s “love letter to the Louisiana,” and features his take on regional favorites in a setting filled with locally influenced art, photography and ceramics. Expect elevated dishes like whole carved buttermilk fried chicken with dipping sauces, clay pot dirty rice with seared duck breast, Louisiana oyster patties with flaky puff pastry, and duck and andouille gumbo with Louisiana rice.

Meanwhile, at the fifth floor Chemin a la Mer, chef Donald Link will pay tribute to his southwest Louisiana upbringing with a menu of specialty steaks, ceviches and Gulf-harvested seafood when the restaurant opens in the fall. Accenting the two eateries is the Chandelier Bar, so named for its signature fixture adored with 15,000 crystals. Featuring a bar, lounge and terrace, the glam hangout is the place for classic New Orleans cocktails (from Sazerac to French 75), premium Champagnes and upscale nibbles like caviar. After a night there, you’ll probably need some coffee, so it’s lucky the hotel has partnered with local company PJ’s Coffee to create a Four Seasons Signature Blend using beans grown in Honduras; the mix of medium and dark roasts is served through room service and at private events, and will be available in-room via eco-friendly single-serve cups starting next year.

Guests can also enjoy access to a 24-hour gym designed by fitness expert Harley Pasternack and equipped with Peloton bikes, cardio machines and weights, and a crescent-shaped infinity pool that, at 75 feet, is the largest hotel pool in town; it’s heated or cooled seasonally, features underwater lighting and music and is ringed by loungers, cabanas and a hot tub. The eight-room spa has a sauna, steam room and Jacuzzi, a boutique stocking high-end French products and a menu of lifting facials and a collagen-boosting massages. And, because this is New Orleans, there’s also a men’s massage called the Southern Gentleman that uses a rye whiskey-infused body oil and caps off—naturally—with a Sazerac cocktail and some bar snacks. Rates start at $375.