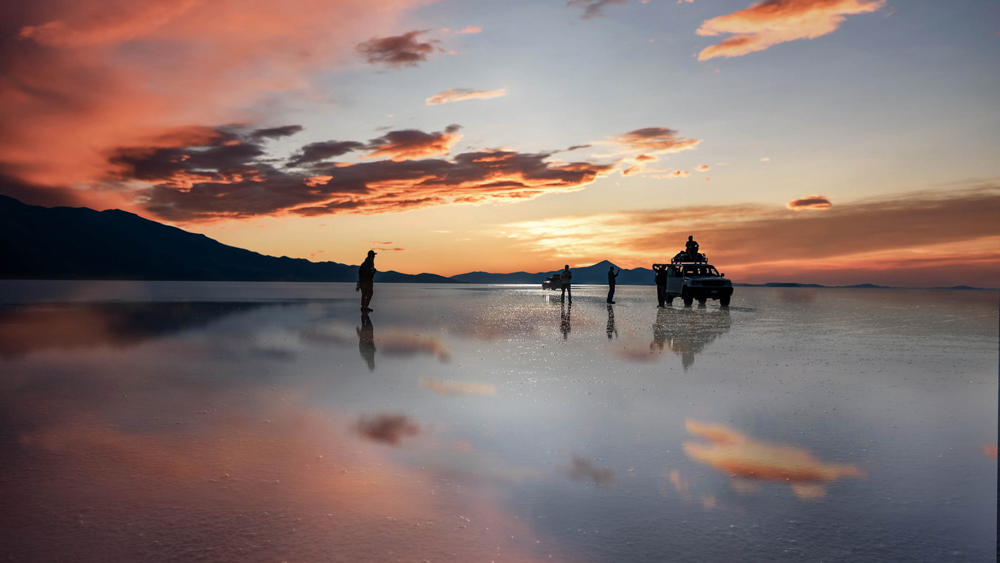 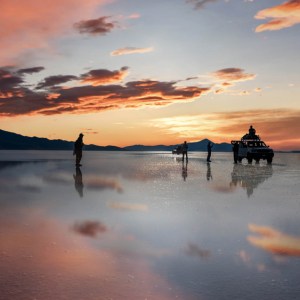 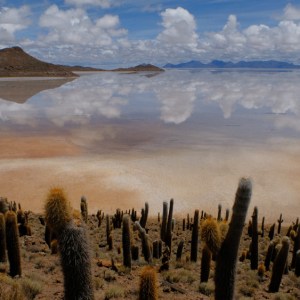 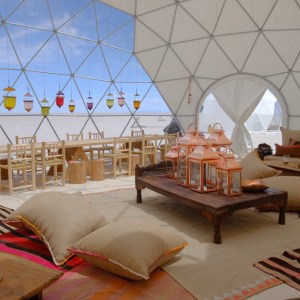 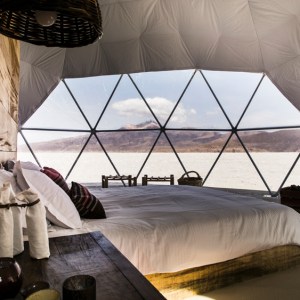 Bolivia’s otherworldly Salar de Uyuni, has for the most part, remained the stuff of daydreams for intrepid travelers. Maybe you could swing a day trip from Uyuni or Tupiza, but opportunities to spend much time exploring the rugged region were few and far between. Then, luxury travel outfitter Black Tomato helped crack Uyuni open, hosting extended versions of its Blink temporary glamping experiences on the salt flats earlier this fall. But if you weren’t one of the lucky few to snag a spot on those limited trips, don’t despair: When it opens in February 2019, Kachi Lodge will provide the first year-round experience in bucket-list-worthy Salar.

Designed by Amazing Escapes (the same company that Black Tomato tapped to build its temporary camp), Katchi is composed of a series of white domes that rise like a moonbase out of the lunar landscape. The solar powered, igloo-style structures are all elevated on a wooden platform above the salty surface—a design that both protects the fragile landscape underneath and ensures the lodge can remain open during the annual rainy season, when the Salar’s surface turns into a watery mirror that reflects the vast expanses of Bolivian sky above.

Inside, the six-bedroom pods are outfitted with a plush double bed positioned to provide maximum views out of the dome’s clear-paneled “windows,” a wood-burning stove to keep the space warm overnight (as temperatures can dip as low as 32 degrees even during high summer), and bathrooms complete with running hot and cold water—a rare luxury this far out of bounds.

A rendering of Kachi Lodge, set to open in January.  Photo: Courtesy of Amazing Escapes

And while each will certainly be comfortable, we wouldn’t recommend spending more time than needed to charge your batteries inside. After all, your dance card will be full. Mornings can be spent hiking across the flats to a nearby island-like oasis covered in giant cactus or making the two-hour trek up to the lower lip of the Tunupa volcano crater; you might spend your afternoons at nearby villages like Coquesa (where you can discover ancient mummies still held in the caves that dot the hillside above the village) and the pre-Colombian ruins of Alcaya, near Salinas. During the dry season, which runs from late April through October, you can also grab Kachi’s mountain bikes for a spin out on the flats. And, during the wet season, you might even paddleboard directly out from camp, gliding across the brilliant blue sky reflected in the shallow flood waters.

After working up an appetite out exploring, Kachi’s guests will all come together for dinner in the communal central dome (which will also be open all day should you want to catch up on a bit of R&R between excursions). There, you’ll enjoy fine dining menus full of traditional Bolivian flavors prepared by Gustu, a perennially popular and award-winning restaurant in La Paz known for its exclusive use of Bolivian products. And as the day comes to a close, enjoy a nightcap while you watch as the stone-gray crust begins to glow iridescently under the star-studded night sky.