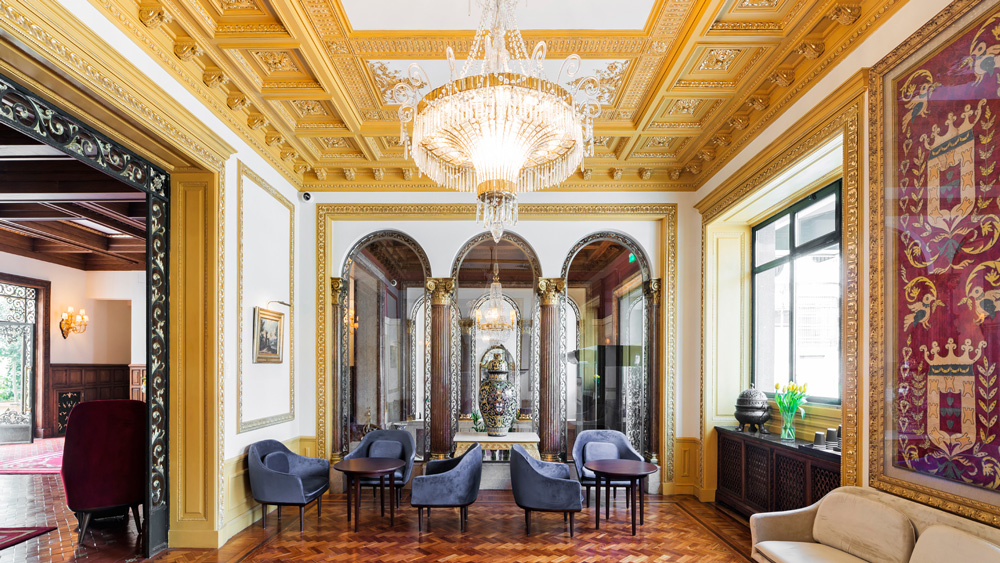 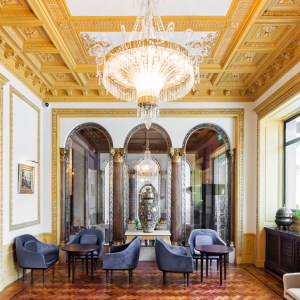 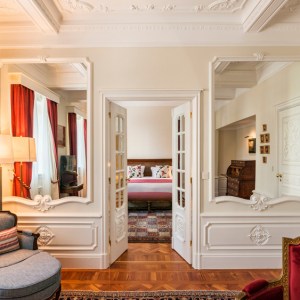 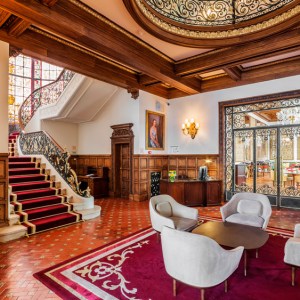 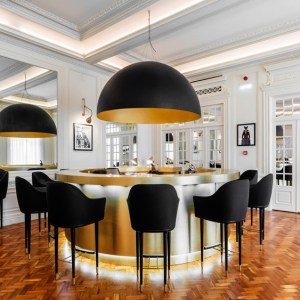 Though often overshadowed by Lisbon’s tourism boom, Porto’s fledging luxury scene is starting to pick up speed—with a fresh crop of  luxury hotels and restaurants trickling in, now is an ideal time to go before the crowds descend. And the northern city’s newest crown jewel, the five-star Hotel Infante Sagres, is actually not so new at all. Located in the vibrant downtown city center, the property has just unveiled a nearly $10 million top-to-bottom restoration and renovation under the watchful eye of the Fladgate Partnership (which also owns the luxe Yeatman Hotel, located just across the Douro river), which purchased the property back in 2016.

When it opened in 1951, the original hotel was the pinnacle of successful industrialist Delfim Ferreira’s vision to create a luxury property in Porto that would equal the finest in Europe. And despite breaking from the historic grande dame mold with its modern design by pioneering architect Rogério de Azevedo, it quickly became popular with international celebrities, discerning travelers, and the city’s elite. The meticulous renovation, led by Azevedo’s protégé Antonio Teixeira Lopes, remains true to the hotel’s original design, as teams of restoration specialists and master craftsmen have worked carefully to breathe new life into ornate ceilings, intricate stained-glass windows, opulent chandeliers, and historic pieces of furniture.

The result is a thoughtful mix of old and new, with pristine antiques tucked around every corner. This style is on full display in the lobby and breakfast room, where sumptuous chandeliers hanging from the elaborately carved coffered ceilings were dismantled piece by piece before being cleaned and restored. The soaring spaces are further embellished with gilt-edged mirrors, lush woven carpets, stately Ionic columns, historic art, and furniture in the style of the hotel’s golden age. The pièce de résistance are the stained glass windows that illuminate the grand staircase as it ascends toward the guest rooms. About 500 panels from the workshop of Ricardo Leone were removed, cleaned, and recovered, a labor of love that took over eight months to complete.

Upstairs, the 85 fully appointed guest rooms and suites have been refurbished to make way for amenities expected by today’s jet-set while also honoring the hotel’s historic roots. All are decorated with fine wood and upholstered furnishings, original artwork, and plush carpets—a small detail that proves to be an unexpected blessing after spending the day traversing Porto’s cobblestone-covered hills. To dial up the luxe factor, guests can check into the especially well-appointed 1,000-square-foot Royal Suite, where royalty and artists have stayed for more than six decades.

The new Vogue Café, created in partnership with Condé Nast International and styled by interior designer Paulo Lobo, adds sophisticated flair to the property with its two bars and stylish fusion cuisine. Though we’d suggest making the most of the city’s indulgent culinary scene—and nonnegotiable glass of port before bed.