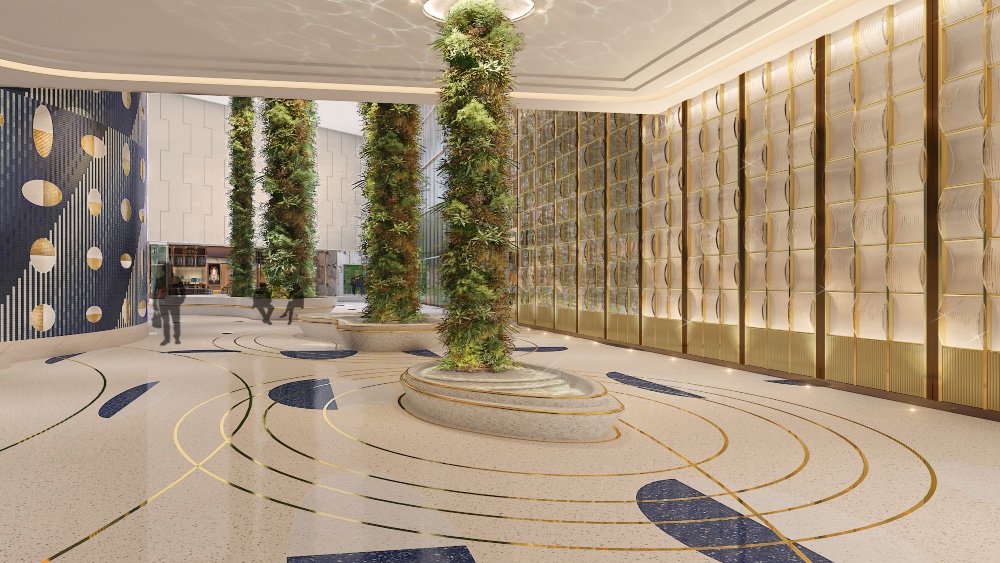 Fontainebleau is going all in on Sin City.

Jeffrey Soffer’s development firm, which already helms one very famous hotel in Miami Beach, recently announced that its highly anticipated Las Vegas location will include its very own shopping complex.

Set to open in late 2023, the 173,000-square-foot luxury hotel will comprise 3,700-plus rooms, a casino, several onsite restaurants and a giant 550,000-square-foot convention space. The two-level district, meanwhile, will span more than 90,000 square feet and feature 35 high-end stores.

It’s been a long time coming, too. The team first broke ground in 2007, but construction halted in 2009 due to various financial difficulties. The property changed hands a few times before Soffer bought it back through his company Fontainebleau Development, with Koch Real Estate Investments as a partner.

Despite all the setbacks, the new destination is still on track to open next year on the northern end of the Strip. The firm told Robb Report that it will share more information regarding the designer storefronts and the hotel at large in the coming months.

The new shopping complex is expected to have 35 luxury stores.  Fontainebleau Las Vegas

“By blending different programmatic elements throughout Fontainebleau Las Vegas, rather than keeping them separate, window shopping and billboarding take on a whole new meaning, as our retail partners will capture more business organically while keeping guests connected to the overall experience,” Fontainebleau’s development president Brett Mufson said in a statement. “We’re excited to have construction underway as the first new luxury hotel to be built in Las Vegas in nearly 15 years.”

Fontainebleau and Vegas seem like a perfect fit. The stylish Miami hotel was featured in the opening scene of 1964’s Goldfinger. As the credits fade, the camera pans across the hotel’s pearl-white curved façade, then zooms down on its glamorous pool, where Bond (Sean Connery) is getting a massage from a pretty blonde. Later we encounter the villain Goldfinger cheating at a game of poker with an unsuspecting hotel guest.

Here’s hoping you don’t encounter any Goldfinger-style shakedowns at Fontainebleau Las Vegas in 2023.