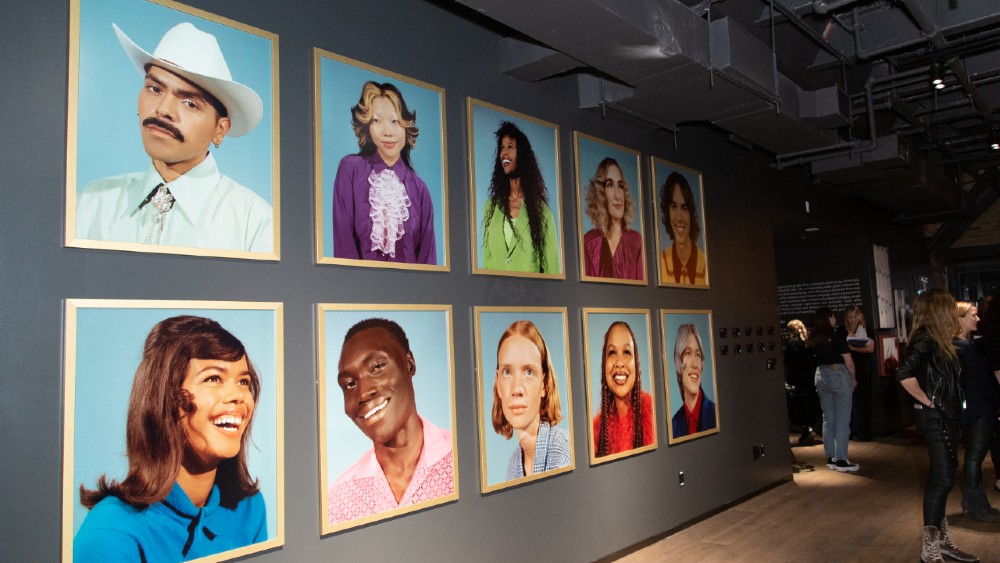 This past December, after much anticipation, Stockholm-based photography museum Fotografiska finally opened the doors on its flagship facility in New York City, which comes complete with sleek exhibition and event spaces and a swanky restaurant and bar from Stephen Starr dubbed Veronika, after the patron saint of photography. The Museum’s stated aim is to be a cultural hub for the “experience economy,” and this week, it unveiled a new plan to take that experience on the road: an exclusive partnership with Kimpton Hotels & Restaurants launching with a pop-up installation featuring works by three women photographers. Following its January 23 introduction at Fotografiska, the immersive exhibition will travel to six Kimpton hotels around the country.

“Kimpton and Fotografiska have a shared commitment to fostering genuine connections and inspiring a more conscious world, so we couldn’t be more thrilled to have Kimpton as our official hotel partner for our opening year,” says Pam Harris, the museum’s Executive Director. “Together, we’ve organized this thought-provoking installation as a way to bring people together through the power of photography.” With that objective in mind, the exhibit is entitled Stay Human after Kimpton’s larger “Stay Human” brand campaign, which is based on the idea that in our world of rapid innovation and constant technological changes, people crave more authentic connections and personal experiences.

This mandate to interpret their visions of humanity was then given to each of the three featured photographers: Berlin-based Evelyn Bencicova, whose work is informed by her background in fine art and new media studies; L.A.-based Kelia Anne MacCluskey, a photographer and director whose work often features bold, conflicting visuals; and NYC-based Elizabeth Bick, a trained classical and modern dancer whose work highlights uncontrolled human movement and the intersection of light and shadow.

Visitors can learn more about each photographer’s philosophy and process in an accompanying audio guide created for the exhibit, which includes first-person commentary from each artist, as well as a custom soundtrack; QR codes are also scattered throughout to access more. Following its unveiling at Fotografiska New York this week, the installation will move first to Kimpton Hotel Eventi in New York (January 28-February 25) before heading on the road. Pop-up stops will include Kimpton EPIC Hotel in Miami (March 4-April 1); Kimpton Nine Zero Hotel in Boston (April 9-May 7); Kimpton Gray Hotel in Chicago (May 15-June 12); Kimpton Hotel Born in Denver (June 20-July 18); and Kimpton Everly Hotel in Los Angeles (July 26-August 23.) Kimpton is also partnering with Fujifilm Instax to create on-site experiences for their guests across the country, from offering cameras on loan and serving “Foto-gin-ic” cocktails to hosting events with visiting photographers. Two of the brand’s New York City hotels, Eventi and Muse, will offer packages that include entrance to Fotografiska.