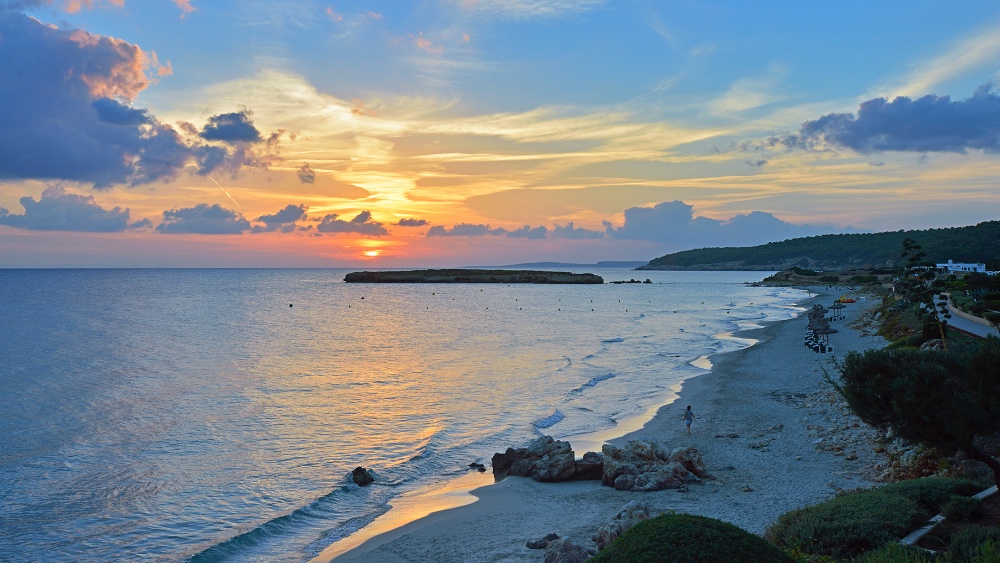 The Spanish hotel brand, which is helmed by the Meliá group and has 14 luxurious outposts across the globe, has just opened one of its “most environmentally responsible” properties yet. The five-star resort, known as Villa Le Blanc, sits next to the Mediterranean Sea on Santo Tomás Beach in Menorca. The 159-key hotel is designed to be both energy efficient and carbon neutral to protect the local surroundings; the island was declared a Biosphere Reserve by UNESCO in 1993.

Villa Le Blanc says it has incorporated the latest green tech to reduce its emissions by 87 percent. In addition, the hotel will “explore alternatives” to offset the remaining emissions and thus ensure its full carbon neutrality status (net zero). Residual heat from air-conditioning systems is used to pre-heat the hot water and the swimming pools, for example. The hotel has also adopted a circular-economy model in regards to waste management that will see existing materials (waste) reused, repaired, refurbished and/or recycled. There’s even a system in place to collect rainwater to irrigate the gardens.

Master suite with views of the sea.  Meliá Hotels International

“A project like this allows us to move forward towards hotel decarbonization,” Meliá’s vice president and CEO Gabriel Escarrer said in a statement. “It is also in such a special place as the Biosphere Reserve of Menorca, making it one of the most tangible results of our commitment to a hotel model based on excellence, responsibility, and sustainability.”

Of course, it looks good, too. The oceanfront property features a fresh, white and blue color palette, as well as lots of bright, natural light. Architect Álvaro Sans says that the contemporary decor is meant to evoke Menorca’s local customs and traditions. Each room comes with a private balcony and the choice of either city or sea views. There are also 45 suites for guests looking to elevate their stay with additional amenities, including private pools and secluded rooftops overlooking the Mediterranean.

“Villa Le Blanc is inspired by the vernacular architecture of the island villages,” Sans said in a statement. “From a technical point of view, we have rescued the traditional use of tiles, which have been used down the ages in Menorca to combat the rainy winters and which traditionally were always painted white to reflect the heat in summer.”

The commitment to sustainability is also apparent within the three onsite restaurants and the rooftop lounge. S’Amarador, for instance, which is widely recognized as one of the top seafood restaurants on the island, works with only the best, local produce and uses techniques from the ancient fishermen’s taverns that used to be located throughout the port area.

Click here to see the Villa Le Blanc in photos.