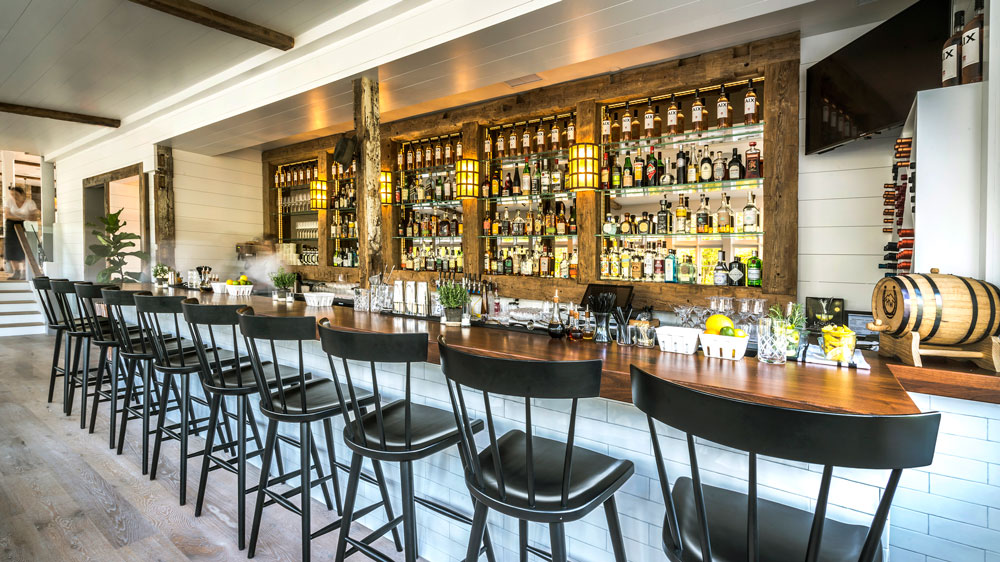 Nothing captures the spirit of fall quite as much as settling into one of New England’s cozy country inns for a long weekend. Now, one of the region’s most historic properties has been given a fresh lease on life—just in time for the height of leaf-peeping season. Once a favorite getaway of New York City glitterati like Arthur Miller, Lauren Bacall, and Elizabeth Taylor, the tavern that the GrayBarns Inn on the Silvermine River now calls home is quickly reclaiming its status as one of the area’s hidden gems.

Opened earlier this month after extensive renovations, the six-suite inn features a charming mix of heritage accents and streamlined modern design. Original features of the colonial building—which served as a textile mill before becoming a speakeasy in the 1920s and a celebrity hot spot in the ’50s and ’60s—were all painstakingly restored to their former glory, including the stately post and beam structure and sprawling porches, which are complemented by reclaimed wood and wide-board oak floors.

When not curled up with a book or a hot toddy in their stylish rooms, guests of the inn are free to explore the small Silvermine village (we suggest heading out on one of Graybarn’s complimentary bikes if you can brave the autumnal chill), which is packed full of independent galleries and small boutiques. To get even more of a culture fix, they can go for a tour of Philip Johnson’s iconic Glass House in New Canaan, which is just a 15-minute drive away.

After long, leisurely days, guests can head across the street to the Tavern at Graybarns to indulge in a menu of comfort food made with seasonal ingredients from local purveyors as well as produce sourced from the restaurant’s kitchen garden. After dinner, guests can settle in next to a crackling fire in the library room—a tranquil spot to enjoy one last cocktail before bed.