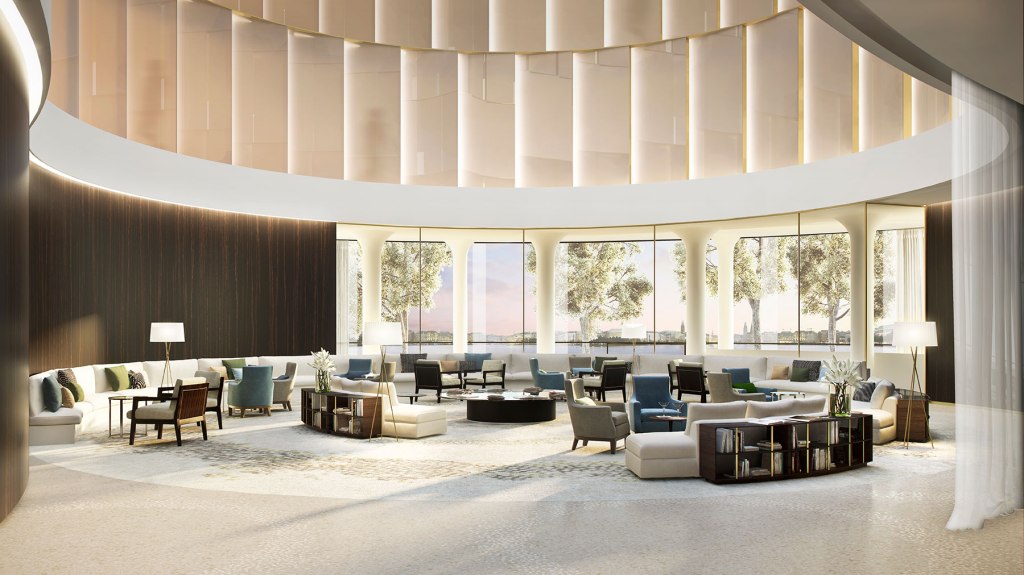 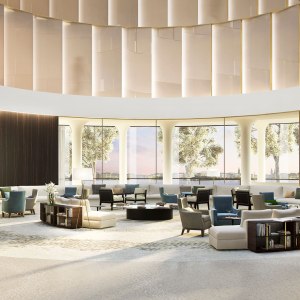 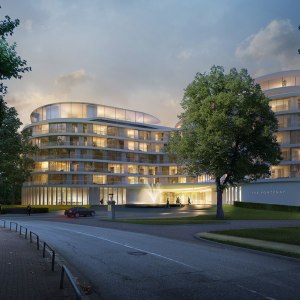 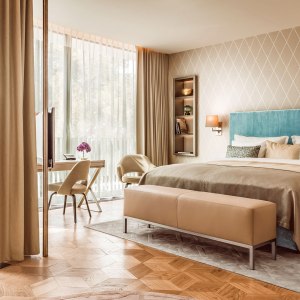 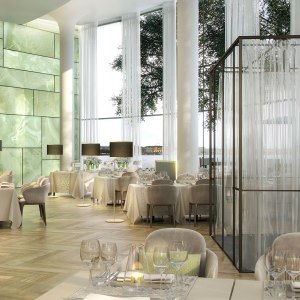 Resembling three interlocking circles and covered with thousands of white porcelain tiles that reflect the shimmering waters of Lake Alster, the Fontenay, will debut in the German city of Hamburg this fall. The Leading Hotels of the World property will be the first five-star hotel to debut in the European city in 18 years.

The flowing shape of the building’s architecture repeats itself throughout, with no straight walls anywhere to be found and custom-made furnishings that mirror the geometric lines. The sparkling lake waters and lush parkland surrounding the hotel are reflected in its interior design as well, with the use of warm colors, parquet wood flooring, and high ceilings that amplify the sense of space and light. All rooms feature floor-to-ceiling windows and balconies with views of the waterfront.

The hotel’s rooftop will be home to a bar, restaurant, spa, and pool, all of which will offer spectacular views of the lake and the city. The Fontenay’s yet-to-be named restaurant will be helmed by the Michelin-starred chef Cornelius Speinle. Speinle garnered extensive experience working in restaurants like Heston Blumenthal’s Michelin-three-star Fat Duck, in Berkshire, England.

The Fontenay gets its name from the American shipbroker, John Fontenay, who came from Pennsylvania to Hamburg during the 19th century. In 1816, he bought several parcels of real estate—and it is on this land that, 200 years later, a new Fontenay will soon call home.