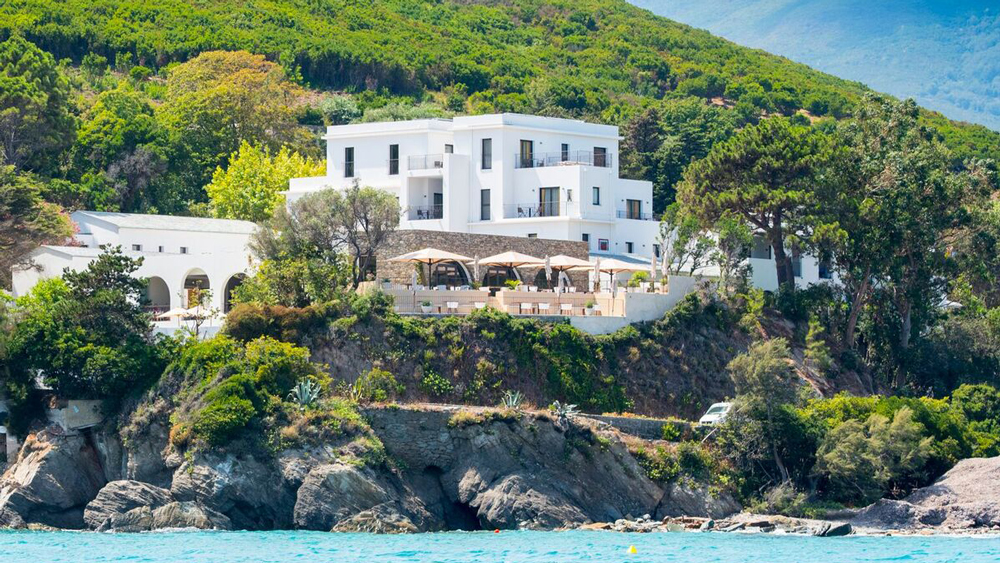 With its rugged maquis-filled wilderness and unspoiled beaches, Corsica has long been a stopover for the island-hopping Mediterranean jet set. The “isle of beauty,” as it’s known, is the perfect crossroads of Europe’s finest: A French domain since 1769, the territory—which lies just 8 miles north of Sardinia—is a true patchwork of cultural influences, from Italy and North Africa, as well as France. But until recently, the island was missing one vital element to turn it from a yachting pit-stop to a true destination: a true five-star hotel.

That’s no longer the case with the arrival of Hotel Misincu. Hidden away among wild olive groves and palm trees, the 70-acre retreat isn’t exactly new—for decades, the estate on the tip of the Cap Corso peninsula served as a quiet celebrity’s haunt, hosting everyone from Brigitte Bardot to French actor Alain Delon. Last summer, following a top-to-bottom renovation by the Greek-born, London-based designer Olympia Zographos, the classic getaway is the Mediterranean’s hottest now hotel

Zographos infused a fresh Corso-Grecian style in her reimaging of the Misincu, adding classic Greek architectural elements like whitewashed walls and wide arches to the historic property. Inside, the 29 bedrooms and 11 villas are fresh and airy, with white linen furnishings and sleek lines. Each of the stone-tiled villas comes with its own pool hewn from volcanic rock, as well as a concierge, who can organize everything from private dinner parties to in-room spa treatments.

Given Corsica’s dual roots in Italy and France, it’s no surprise that cuisine plays a big part in the experience at Misincu. In the Tra di Noi restaurant, chef Clément Collet’s terroir-to-table cuisine—focusing simply grilled seafood including the notable signature dish of octopus tentacle with langoustine fritters—recently garnered its first Michelin nod. There’s more local bounty to discover at the A Spartera beach restaurant, which serves as a jumping-off point for seafaring adventures aboard the resort’s Boston Whaler boat. Elba, Capraia, and, of course Sardinia are but a short jaunt away.