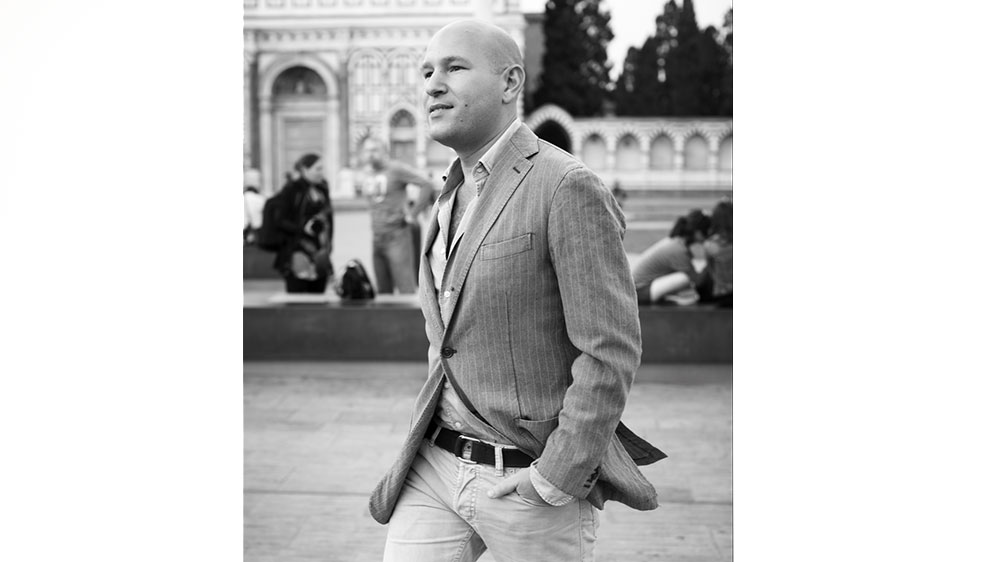 Ori Kafri’s small collection of hotels is legendary—among the discerning few who know it. Launched in 2008, JK Place made its grand debut in a historic structure just off Florence’s Piazza Santa Maria Novella in 2003 with just 20 stylish rooms and a residential vibe that is rare to come by in the standardized world of hospitality. The name is an homage to his father (Jonathan Kafri, aka “JK”) and the properties are, in a word, exquisite. Filled with original artworks, custom furnishings, and designed down to the tiniest detail (the rugs, the slippers and even the newspapers are branded with an elegant “JK”), Kafri’s projects throughout Italy and France are utterly singular. It stands to reason then that their creator would be equally singular in his own tastes. So we asked the hotelier about his favorites—his most coveted reservation, a beloved acquisition, a cherished recent gift. Here, the tastemaker shares it all.

What’s your favorite item of clothing you’ve bought in the last year?

I bought a green Ralph Lauren military jacket that has ended up being my favorite jacket. Sometimes you buy things that you’re not sure you really like, and then you end up using them the most—that’s what happened with this jacket. I wear it almost every day.

Girafe in Paris. It’s one of those beautiful places where the food is as amazing as the design. Joseph Dirand was the designer—he also did the Four Seasons Surf Club in Miami—and the space has this really incredible view of the Eiffel Tower. The restaurant mainly focuses on seafood. The tasting menu is simple but excellent, with dishes like roe and tuna tartare that are as remarkable as the great atmosphere.

Did you buy any new artworks in the past year?

I bought a few pieces, mostly for my new hotel in Paris. One was a large painting from the ’60s by Franco Ferrari, an Italian modernist artist. I fell in love with this piece years ago when I first found it, but it had already sold to a CEO of a company in Milan. This year, the company changed offices and they gave the painting back to the gallery, so the gallery called me and I finally got to buy it.

Did you buy a new watch or special piece of jewelry?

This year, I bought myself an Audemars Piguet Royal Oak for my birthday. It’s the skeleton, the steel reference 15407. It’s a very special piece with a double-balance system inside. It’s very hard to get. I had to look for it for a while, but I was lucky to find it in Paris.

Do you have a favorite new piece of technology?

This is going to sounds strange but this year I gave up my BlackBerry after 15 years and finally got an iPhone. After I switched, I bought the new BlackBerry, but after three days I gave up and I went back to the iPhone. I grew up with BlackBerry—it was hard to move on! But I am shocked that I am using the iPhone. I feel like a millennial now.

What’s the best gift you received in the past year?

Since I’m traveling all the time, my wife bought me a leather Hermès Swift Arion Weekender. It’s a really nice gift for someone like me who is hard to shop for—and always on the road.

Do you have a favorite new piece of furniture or other design piece?

I bought a very special vintage Hermès lamp this year that I found at the flea market in Paris. It’s a desk lamp in leather. I technically bought it for my hotel, but I might end up taking it home. It’s the kind of very special piece that’s very difficult to find.