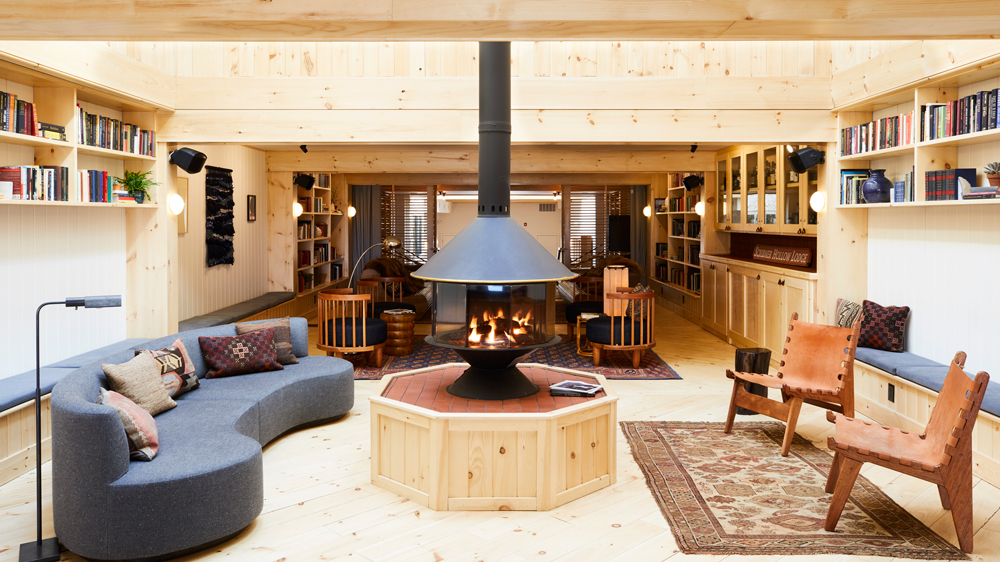 It’s been a while since we stayed in a motel, but that might soon change. Across the country, from coast to coast, there’s something altogether unexpected happening behind the retro walls of old motor lodges and inns: They’re getting a luxurious—and decidedly masculine—revival. We’re calling them “bro-tels” and declaring them a welcome hiatus from the midcentury-modern obsession that has kept hotel design in a stranglehold for so long.

Set in locations well suited for adventure, they’re the perfect wood-paneled, marble-topped hideouts for sipping old-fashioneds and cutting into juicy strip steaks after a day on the slopes or in the mountains. But they’re also well curated, with Tesla charging stations out front, top chefs in the kitchen, and Frette linens on the beds. Nostalgic the bro-tel is not; almost nothing in its custom furnishings and local ingredients hearkens back to its former life, except for perhaps its angular facade (refinished and repainted) or the occasional Adirondack chair (those never go out of style anyway).

There’s something comforting in its spruced-up simplicity— more done up than bare- bones but not quite the Ritz—that makes us feel as if we’re getting back to our roots, if only a little. Here, a barometer of three options, from the perfectly pulled off to the too-rough-and-tumble.

Set in the center of historic downtown Jackson, Wyo., the 49-room 1950s-era Anvil Hotel is  a perfect match for your best lumberjack look with its raw-brass fixtures and dark pala kilim rugs. Before a day on the slopes of Jackson Hole or out among the wilds of Yellowstone National Park, stock up on Leatherman tools and smart outdoor gear at the mercantile shop.

It doesn’t require too much imagination to picture what Lake Tahoe’s Coachman Hotel looked like back in the day: The old motor-inn architecture and courtyard pool take us straight back to the ’60s. The look inside is fresher—we’d classify it as “chalet ultra” with all those naked wood panels and fur throws—but the rooms haven’t come far enough and the services don’t quite make it.