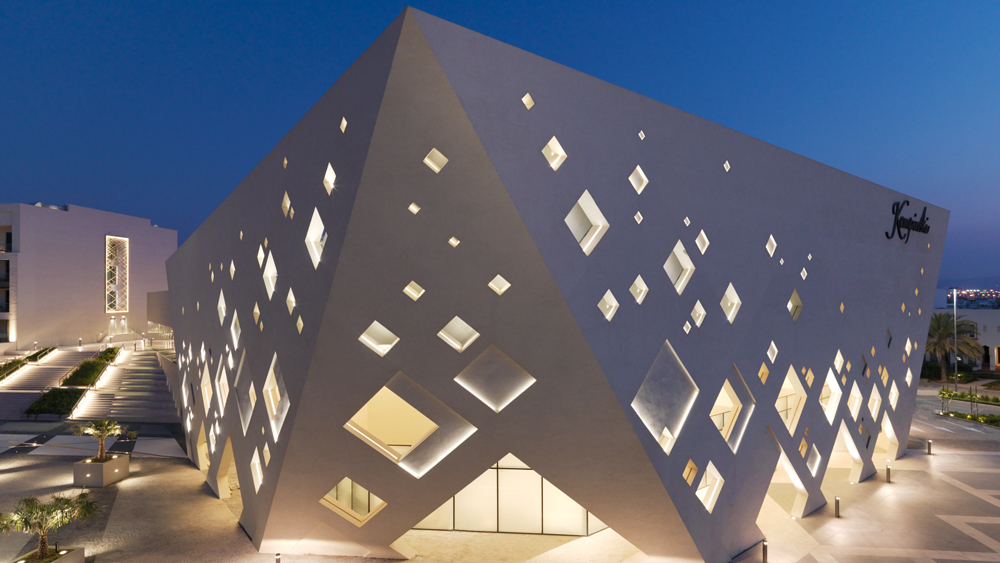 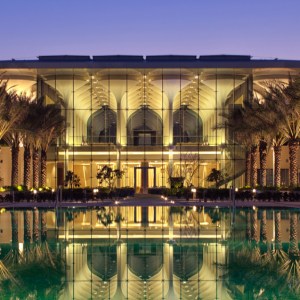 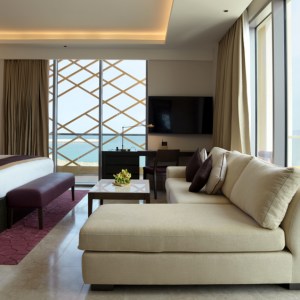 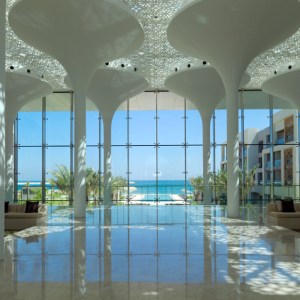 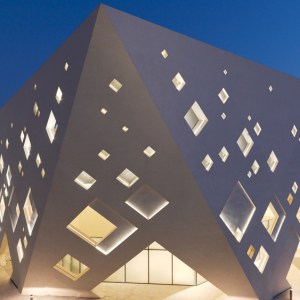 A calm counterpoint to mega metropolises like Dubai and Abu Dhabi, Muscat has long drawn visitors looking for a taste of traditional Middle Eastern life. Nestled between the Gulf of Oman and the Al Hajar Mountains, the city prides itself on preserving its heritage, which dates back 2,000 years—carefully protecting its centuries-old mosques and forts and ensuring that even new developments don’t go too far in the way of space-age skyscrapers. And while tradition is alive and thriving in the city center, the new Muscat is taking shape further up the coast, with the oasis-like Al Mouj community and the all-new Kempinski Hotel Muscat at its center.

Opened earlier this month along the Gulf of Oman, the Woods Bagot–designed resort strikes just the right balance between modern, European-style amenities and authentic Omani accents. The façade calls to mind the Old Muscat—home to the region’s other landmark hotel, the Jean-Michelle Gathy–designed Chedi Muscat—nodding to the maze of buildings and winding markets of the historic Muttrah Corniche, with its dramatic flared columns and undulating roofline. Inside, the 310 guest rooms and suites are an elegant mix of traditional accents, often inspired by landmarks of the Sultanate—like the ornate Al Alam ceremonial palace—and sleek modern design accented by sweeping floor-to-ceiling windows, many of which offer up views of the ocean outside.

When not exploring the 16th-century Al Jalali Fort or catching a performance at the Royal Opera house in the city center, guests will have free rein over the property’s 4 miles of beach, 10 indulgent restaurants—which boast menus ranging from Northern Indian delicacies to Thai street food—and expansive health center and spa complex. If they can tear themselves away from lounging at the private beach club, guests will also have access to Al Mouj’s 400-slip marina and Greg Norman–designed 18-hole golf course.