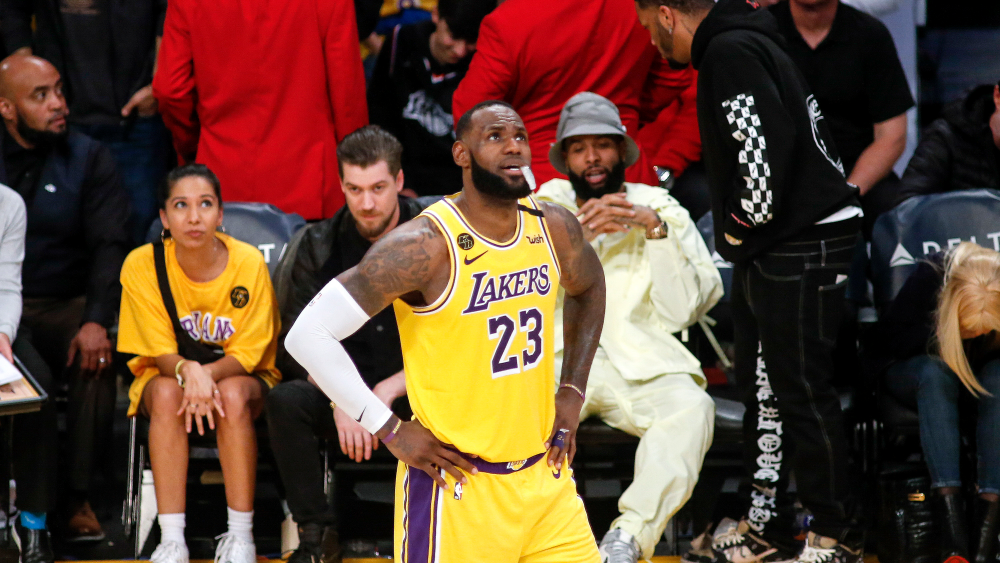 In a truly strange year for professional sports, the NBA playoffs have taken place in an isolated, fan-free campus in Orlando’s Walt Disney World. Players and media simply call it The Bubble. During this time, teams are staying in Disney hotel rooms—though not all of these digs are created equal. A video of LeBron James‘s Bubble suite recently made the rounds on Twitter, causing fans to gawk at the big, gorgeous space that’s practically an apartment in and of itself.

The room is the Castillo Presidential Suite, which sits on the 15th floor of Disney’s Gran Turismo at the Colorado Springs Resort. According to multiple Disney blogs it’s a roughly 1,875-square-foot space. Not bad for a quarantine hideaway.

Step into the suite through the double doors and you’ll find yourself in the living room, a sprawling space with spectacular views of Epcot, Hollywood Studios and more. Recessed lighting above gives the room a warm, homey feel, despite its grandeur. It’s also primed for entertaining, as there’s a wet bar with an espresso machine and mini fridge, and two TVs on opposite sides of the room.

The dining room overlooks the theme park, and can seat eight. The tabletop looks to be made of solid oak, and four ornate pendant lights hang from the recessed portion of the ceiling above.

The primary bedroom, meanwhile, is just as spectacular as you would expect. Inside is a fittingly king-sized bed, as well as a chaise lounge next to the window for unwinding with a view. The adjacent primary bathroom is just as impressive and features gorgeous white marble finishes and a sculptural, freestanding bathtub.

On the other side of the living room is the guest suite, which is accessible via a sliding barn door. Here there are two queen-sized beds, as well as an adjoining en-suite bathroom with a walk-in shower.

Each room has its own temperature control panel that guests can adjust to their liking. On the whole, the suite benefits from a warm, inviting color palette courtesy of its grey wood and white marble finishes, dark blue fabrics and limestone wall elements.

“It has a decidedly masculine feeling that’s evoked through the use of dark woods on the ceilings,” interior designer David Scott told Robb Report.  “The clean, crisp lines of the furniture add to the overall feeling of restrained, fashionable luxury.”

Of course, booking the room for a night doesn’t come cheap. If you snap it up for a Disney trip some time in the future, expect it to cost about $1,500 a night. As for James, his Los Angeles Lakers are heading to the Western Conference Finals on Friday to take on the plucky Denver Nuggets. Whether the spacious Disney digs have helped James rest up for the series is a question only he can answer. But one thing is clear: It’s good to be the king.