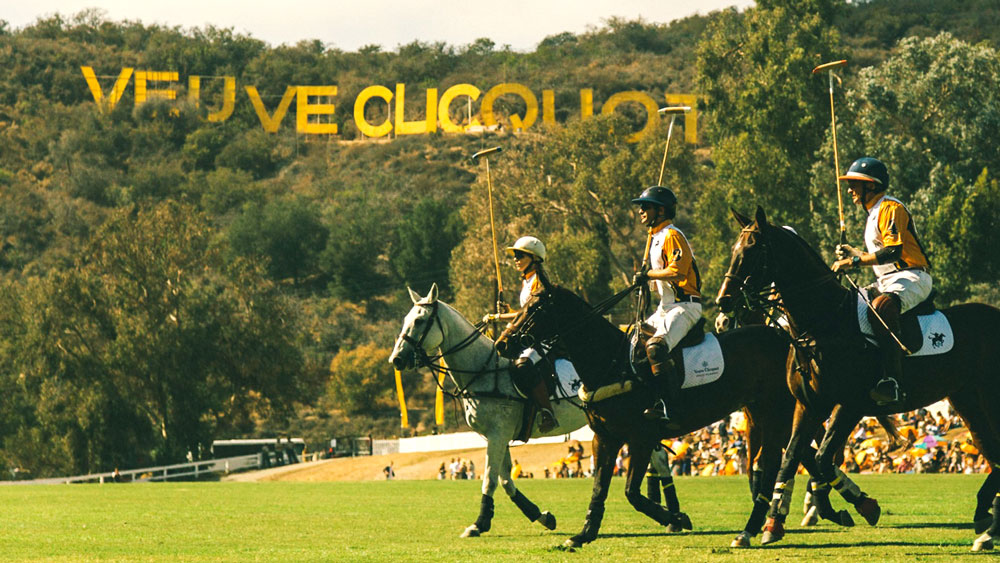 Although New Yorkers consider their Veuve Clicquot Polo Classic to be a sort of society-set kickoff to summer, on the left coast things are a little different. Los Angeles’s version of the Veuve Clicquot Polo Classic is more a chance to revel in the Southern California sun than a bookend to the season. That’s not to say it’s any less over-the-top, though. The ninth annual edition, held on Saturday, October 6, promises a star-studded grandstand cheering on the home team and plenty of free-flowing bubbly—it is Veuve Clicquot’s 200th anniversary, after all.

If a simple ticket into the Rosé Garden to mix and mingle with the glitterati isn’t posh enough for you, we’d suggest kicking the Champagne-fueled weekend into overdrive with Lido House’s Veuve Clicquot Polo Classic Experience. Opened earlier this spring, the Newport Beach hotel is rolling out all the stops for just two couples, stringing together three days of shopping, unwinding, and, of course, plenty of bubbly.

When you arrive on Friday, you’ll be shown to one of the property’s five three-story cottages—all of which feature unique coastal-inspired designs and large rooftop decks where the complimentary bottle of Veuve is best popped. After settling in, you’ll be whisked over to the nearby Lido Marina Village for a private shopping experience—you know, in case you’ve decided that the linen suit you packed isn’t quite outré enough (attendees on both coasts have classically turned up to the match in their garden-party best). Then, close out the evening with dinner at the newly opened Nobu in the Village, or head back to Lido House for a sundowner of the property’s custom-blended Piper-Heidsick Champagne.

On Saturday, you’ll enjoy spa treatments inspired by Veuve Clicquot Rosé before making the trek north to the Pacific Palisades in a chauffeured vintage car. There, you’ll settle in under artfully arranged orange umbrellas in the Rosé Garden, which gives you a front-row seat to the ponies and players crisscrossing the field. Though with flutes of Yellow Label, Rosé, and Rich to sip, a gourmet lunch box provided by Wolfgang Puck to nibble on, and plenty of people watching to be had, you wouldn’t be blamed for having trouble focusing on the match.

The weekend then comes to a close with a Sunday brunch at the Mayor’s Table, Lido House’s flagship restaurant. Executive chef partner Riley Huddleston has crafted a special menu to send you out in style, pairing sweet and savory courses with a final round of Champagne—just in case you hadn’t already gotten your fill.