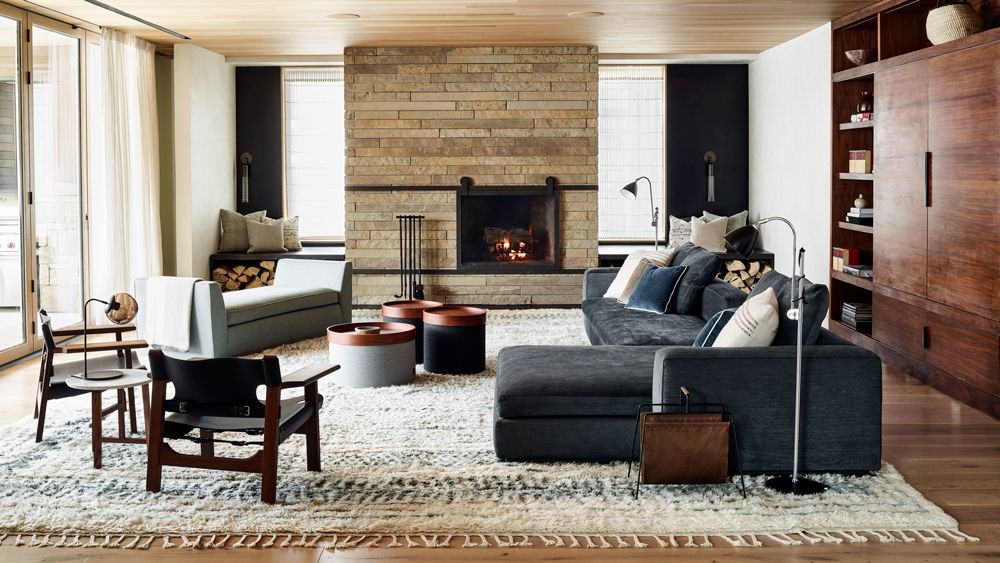 Long a favorite jet-set hideaway, Jackson Hole has no shortage of luxury stays. But despite the Amans and Four Seasons that have taken up residence in the valley, Wes Edens craved a hotel that offered something different—namely one that catered to discerning adventurers. “What makes Jackson Hole one of the most special places on earth are the experiences available beyond the comfort of your walls,” says Edens, the billionaire cofounder of Fortress Investment Group and co-owner of the Milwaukee Bucks NBA team. Also a former ski racer and avid mountaineer, Edens has long made Jackson Hole his playground of choice. And last month, with the help of friends and co-owners Michael Novogratz, David Barry, and Randal Nardone, Edens opened his dream hotel steps from the ski resort’s iconic tram.

Though it has just eight rooms, Caldera House is the culmination of a six-year, $100 million investment. And while it definitely has an air of exclusivity thanks to its ultra-limited inventory and alpine members club (which comes with the price tag of a $120,000 buy-in and $8,000 in annual dues), Edens was adamant that Caldera House should still be part of the Jackson community. To that end, he collaborated with local legends, tapping the likes of ski-tuning extraordinaire Gov Carrigan to run the on-site ski shop and chef Paulie O’Connor to open an outpost of his beloved Italian restaurant, Old Yellowstone Garage, in the hotel. Jackson’s ski bum crowd can appreciate breakfast burritos, pizza, and $3 beers served at the grab-and-go café, Southcable.

Guests and owners can enjoy perks like valet parking (a seemingly small but actually priceless amenity in a town with no parking in sight), a ski valet, and a sprawling complex of tricked-out ski lockers. The design, a collaboration between LA-based firm Commune and local studio Carney Logan Burke, drew inspiration from Jackson’s ski heritage rather than the usual cowboy-culture motif, hence the refreshing lack of antler decor. The four 5,000-square-foot, four-bedroom suites and four 1,500-square-foot, two-bedroom suites have a distinctly residential feel, with furnishings by George Nakashima and Isamu Noguchi, Boffi kitchens (where guests can cook food themselves or bring in private chefs), and private balconies complete with fire pits and outdoor grills.

But despite the laundry list of plush amenities inside, the real focus is the outdoors. “[Jackson] is where every badass mountain athlete goes,” Edens explains. “We offer guests experiences they can’t find elsewhere, like backcountry heli-skiing and summiting the Grand with the area’s top guides. This seamless marriage of adventure and luxury isn’t something you find often enough.”