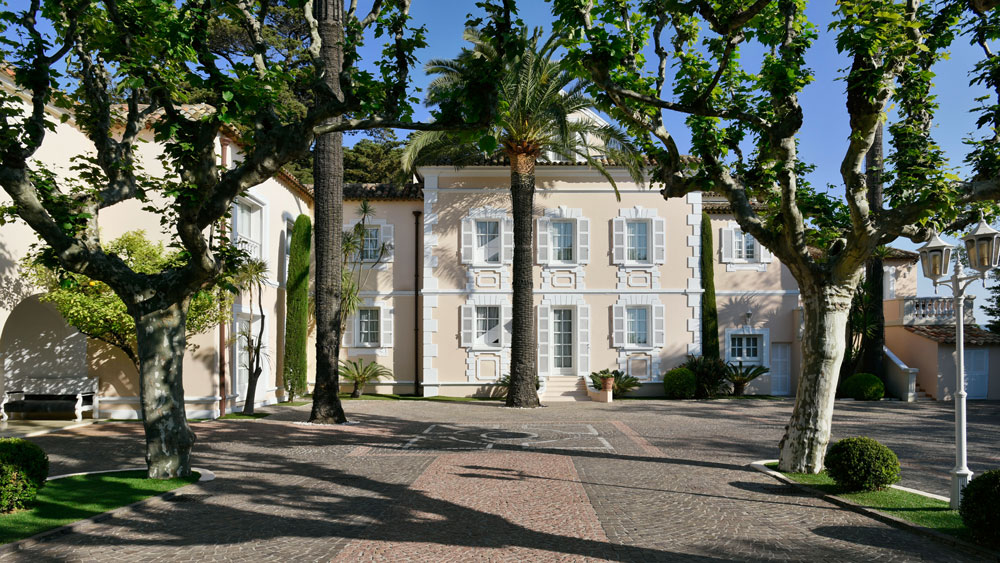 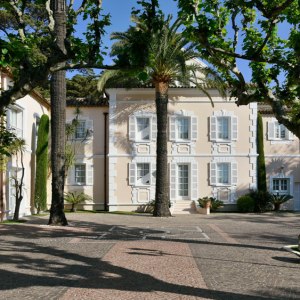 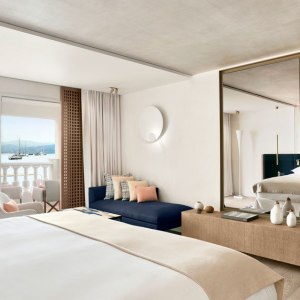 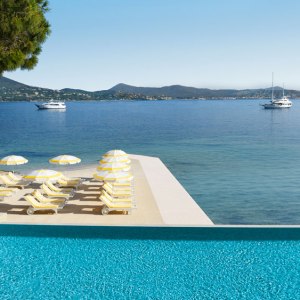 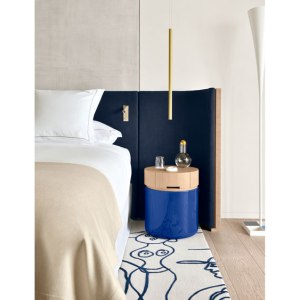 The lapis lazuli blue waters, soft golden sand, and tranquil streets lined with world-class dining, shopping, and plenty of see-and-be-seen opportunities have long made Saint-Tropez an ideal getaway for the jet set. And for nearly as long as they’ve been sunning themselves on the French Riviera, this well-heeled crowd has called the 36 beachfront rooms at the Résidence de la Pinède home—making it the region’s undisputed grande dame. And now, just in time for the summer high season, the iconic property—a member of Leading Hotels of the World—has revealed a fresh new look, mixing modern tastes with that always-stylish Mediterranean je ne sais quoi.

To polish up the interiors of the aging beauty, LVMH Hotel Group—which took over management of the property in 2016 as part of the luxury conglomerate’s budding travel arm—tapped longtime collaborator Jean-Michel Wilmotte. The lauded French designer and architect (best known for his work in the Louvre and the Musée d’Orsay), stripped the rooms to their bare bones to focus on the hotel’s original aesthetic—think sandy neutrals, soft woods, and wide picture windows and terraces designed to let Saint-Tropez’s intoxicating pine-scented breeze in. To ensure that his reinterpretation of the hotel stayed true to its nearly century-long roots, Wilmotte collaborated with local architect François Vieillecroze to preserve the property’s Mediterranean feel and historic look. The result? Rooms and suites that expertly mix Wilmotte’s penchant for sleek, modern design—think playful geometric lamps, minimalist-inspired lines, and a clean, airy color palette—with the elegant, beachy vibe that has long drawn well-heeled guests to the property.

What hasn’t changed is the Résidence de la Pinède’s enchanting, pine-tree-dotted private park and the sunny, yellow-and-white-striped umbrellas lining the property’s private beach (the only one of its kind in Saint-Tropez). When not basking on a sun lounger or taking a cooling dip in the beachside infinity-edged pool, guests can head out to the property’s private dock to jet off on excursions around the bay or further out into the Côte d’Azur. If they prefer to stay a bit closer to home, the property will debut Saint-Tropez’s first Guerlain spa in July, where guests can spend days relaxing with a massage (we’d recommend the energy-boosting Summer Indulgence in Saint-Tropez, which has been specifically designed for the property and employs seashells found on the beach), boosting circulation and radiance at the hammam or snow shower, or getting prepped for a big night out at the salon.

Though Saint-Tropez boasts plenty of must-try restaurants, guests don’t need to go far for some of the best dining in the region. The seaside La Vague d’Or is the only restaurant in the region to boast three Michelin stars—and chef Arnaud Donckele is one of the youngest in the world to receive this distinction—for its modern take on rustic Mediterranean cuisine. After dinner, the indulgence can be continued with a nightcap at Le Bar—best enjoyed while listening to the sound of the waves softly crashing on the beach just outside.