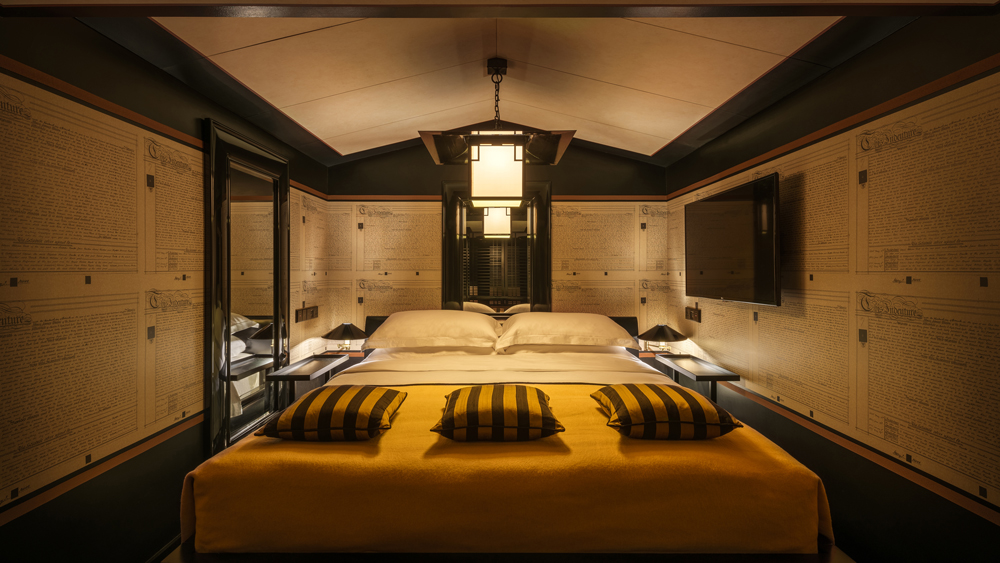 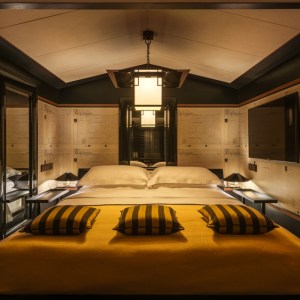 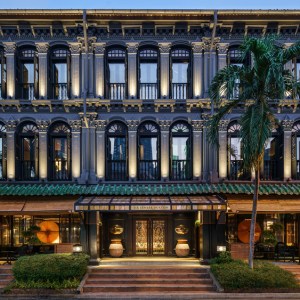 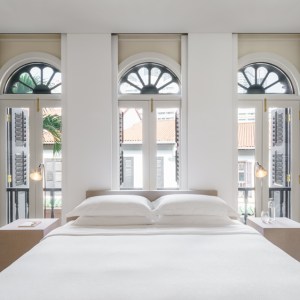 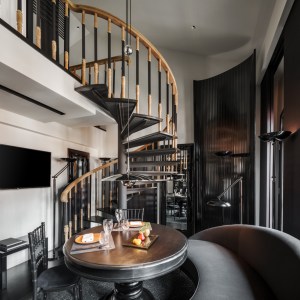 Singapore’s Chinatown, a quarter of the island that is already buzzing with energy and stylish boutiques and studios, is upping its luxury factor thanks to next month’s debut of the Six Senses Duxton. The first of the high-end hospitality brand’s long-anticipated openings in the neighborhood, the chic new hotel also marks the first-foray for Six Senses—beloved for its outposts in far-flung locales like Fiji and the Seychelles—into urban destinations.

The 49-room hotel is set in a lively stretch of Duxton Road lined with late 19th-century shophouses that were once home to merchants and traders who ran their businesses on the ground floor whilst their families lived upstairs. Now designated heritage buildings, these structures have been carefully restored and converted into creative studios, restaurant, cafes, and, for a bit of local color, gaudy karaoke bars.

In the midst of this eclectic mix, Anouska Hempel – the legendary interior designer behind the fashionable Blakes in Amsterdam, and the much-loved Franklin in London – has carved through eight adjoining shophouses to create the theatrical fantasy that is the new Six Senses Duxton. Hempel’s interiors—which are lined with Chinese porcelain-chip friezes, Malay timber fretwork, French windows and Portuguese shutters—were inspired by the idea of a lost Chinese girl who believes she is an empress and comes into her own destiny at the hotel. Guests are transported into this fairy tale with Hempel’s vivid lashings of red, gold, black and yellow against a backdrop of stylized Oriental screens, canopy beds, calligraphy wallpaper and oversized golden fans. Much of the furnishings are sourced from her personal collection.

The guest rooms are calm cocoons of white and dark hues, and many are outfitted in furniture sourced from Hempel’s personal collection. The property’s suites are what really steal the show—especially the moody Opium Suite, inspired by the notorious dens that were once commonplace throughout the area, and the shimmering, bright-white Pearl Suite.

This Oriental escapist theme is carried over into the hotel’s cultural offerings, as guests can enjoy Chinese cooking and tea classes, and morning yoga in the garden, and can consult with the dedicated traditional Chinese to help lift jet-lag and soothe muscle aches. After days out walking through the bustling streets of the neighbourhood or heading into Marina Bay for a look at modern Singapore, guests can settle in at the evocatively named Yellow Pot restaurant for chef Sebastian Goh’s classic Chinese menu, which includes a can’t-miss crackling skinned roast duck.

This fall, the second, and slightly larger, Six Senses Maxwell—designed by Jacques Garcia, the French designer behind Hotel Costes in Paris and La Mamounia in Marrakech—will open a few blocks away in the Maxwell Road neighbourhood. Stay tuned.