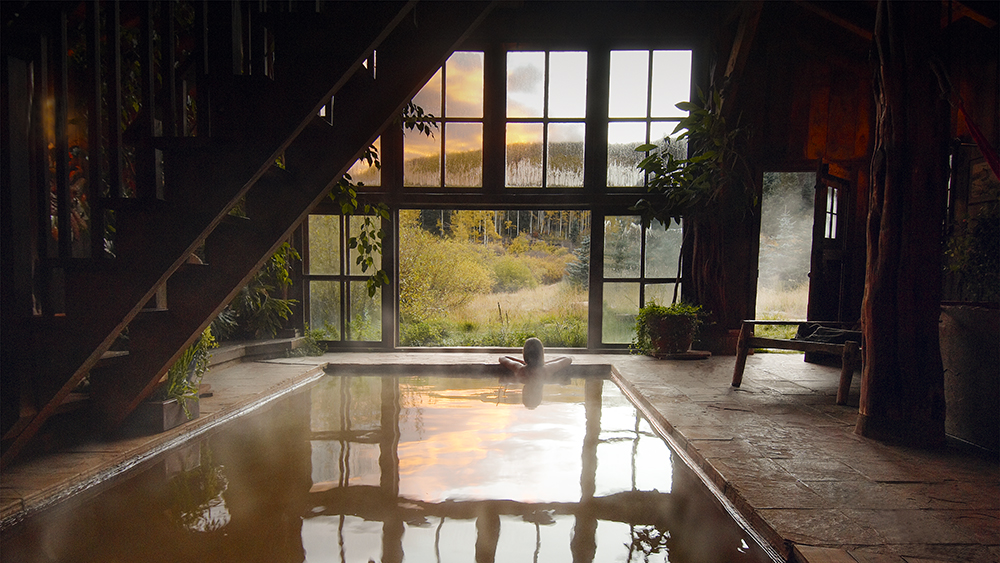 As the Covid-19 pandemic took hold this spring, the number of travelers Stateside plummeted almost 90 percent compared to the same time last year, slumping to levels not seen since the pre-jet age of the 1950s. Danger, fear and uncertainty made a summer trip seem unseemly, out of reach or both. But as summer arrived, the travel industry responded creatively, launching new initiatives that made vacationing both appealing and easy again: Think private jets, buyouts and a new concept known as the bubble charter.

There has been a predictable surge of interest in charter flying, especially among new customers. Sentient Jet has sold over 5,000 hours since May, more than 50 percent of those to first-time fractional fliers helped in part by tax reductions, in place through the end of 2020, via the CARES Act. Most firms have introduced stringent hygiene protocols, both on board and on the ground; see, for example, the Jet Linx partnership with ViaClean Technologies, which offers a cleaning technology that provides antimicrobial protection to surfaces for up to three months. Destinations that rely on charters have made contingency plans, too. The Mustique Company created its own ad hoc airline for the summer, operating nonstop flights from New York to Saint Vincent—at a cost of about $6,000 per person round-trip—while the island of St. Barts has invested millions of dollars in testing machines. (While test results will be released within 24 hours, those who want to avoid any amount of quarantine should provide a negative test result from up to three days prior to arrival.) And though the Eden Rock hotel isn’t opening for the summer, its villa rental arm is operating as usual. 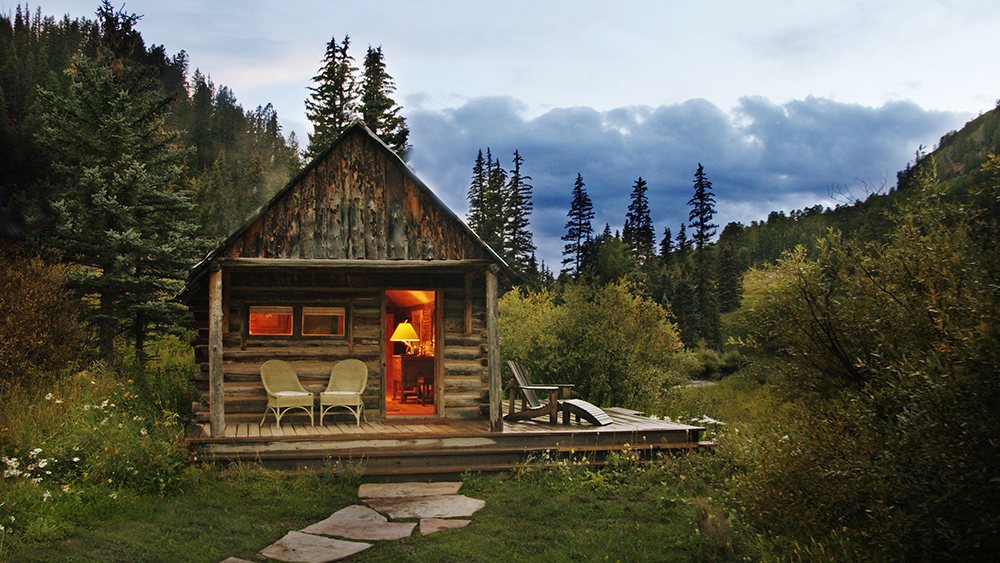 Many other luxury hotels have opened, albeit on a buyout basis, effectively allowing a single group to commandeer the property as its own and transform it into an enormous, impromptu villa. Take the 21-room Chebeague Island Inn in Maine, which is offering only buyouts this summer at a rate of $50,000 per week; guests can arrive via helicopter directly onto the main lawn, which doubles as a croquet pitch. In Alaska, Within the Wild’s eco-lodges are now available, from $60,000 for three nights, for up to a dozen guests traveling together and keen for fly-fishing, bear-spotting and dog-mushing. 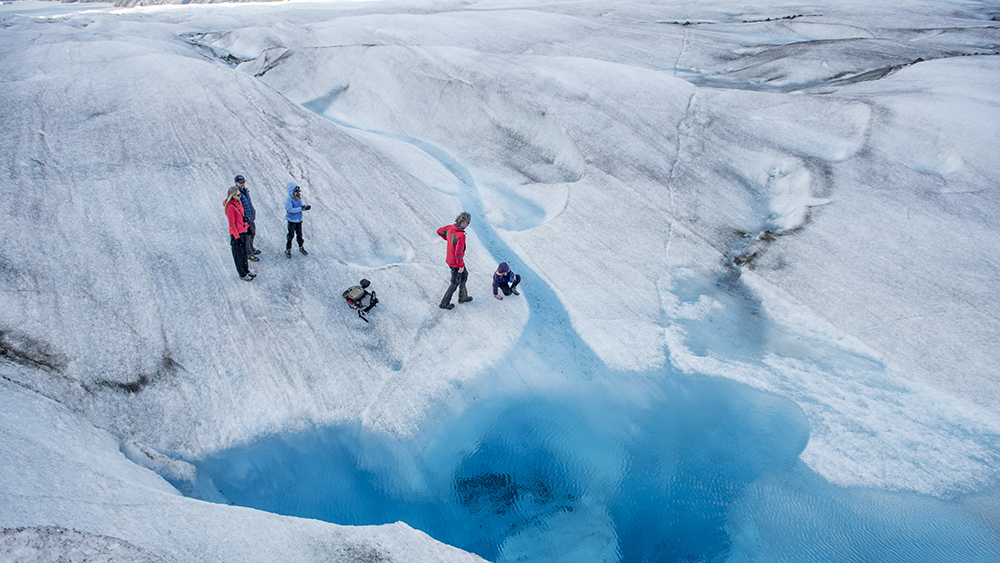 Glacier trekking in Alaska with Within the Wild.  Scott Dickerson

And while Africa has remained largely closed to foreign travelers, Mango Safaris has launched self-contained luxury adventures (from $40,000 for six people) focused on wildlife excursions and horseback riding in New Mexico and Yellowstone National Park. If you’d rather decompress than deer-stalk, try the eight-suite buyout at Villa Manzu on Costa Rica’s Peninsula Papagayo, configured for barefoot beach luxury with its own power boat, chef and spa and able to accommodate groups of up to 22 for $18,500 per night, with a three-night minimum.

The newest trend, the bubble charter, combines both elements, allowing travelers to book private aviation and hotel buyouts or villas as a single package, streamlining logistics while minimizing interaction with others en route and in situ. The Brazilian Court in Palm Beach now offers its Private Plane to Paradise, consisting of a charter jet to West Palm, a chauffeured transfer to the hotel and a private suite with its own exterior entrance, meaning you’ll encounter just a handful of people door-to-door (from $28,740 per couple for three nights). Colorado’s Dunton Hot Springs, a ghost town from the 1800s now operated as a luxury lodge, has collaborated with private-jet company XO to offer a bubble charter for its buyout program, with Telluride FBO just over an hour away. 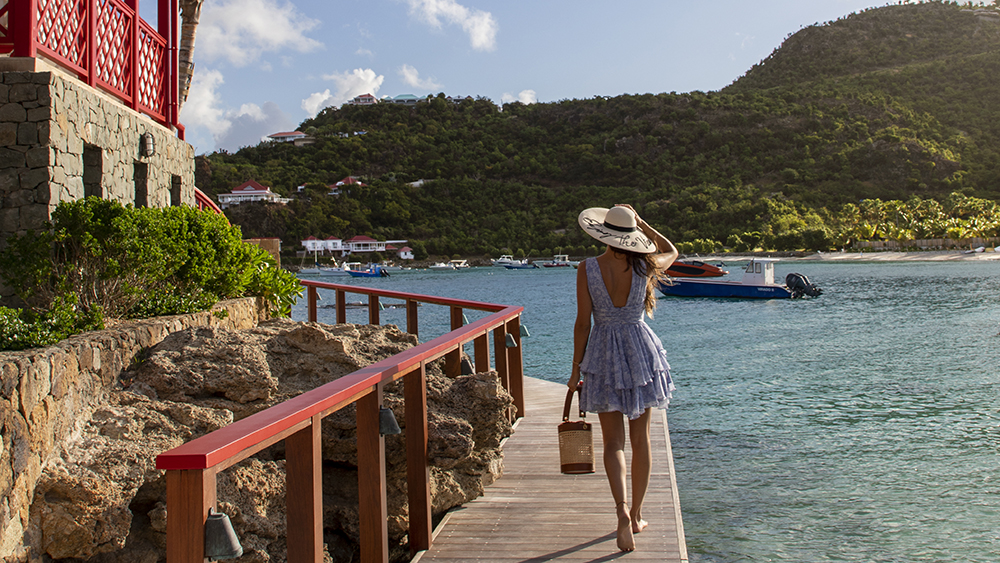 Bubble charters are also one of the few easy ways to roam farther at the moment. VistaJet, for example, has created a 14-day journey around Iceland for up to four people, in conjunction with luxury tour operator Based on a True Story, for around $280,000; the trip includes the Retreat at the Blue Lagoon as well as a private camp in the stunning moonscape countryside, with all domestic travel via charter plane. The fractional firm has also introduced its Jet-to-Yacht program, which allows guests to fly from the US to Malta and transit seamlessly through the airport to the marina before boarding a vessel to sail around the Mediterranean, breezing through immigration red tape. The only thing they can’t guarantee is the weather.

Thanksgiving From Private Celebrity Chefs to Virtual Santas: 6 Luxurious (and Safe) Ways to Celebrate the Holidays

Bret Michaels Ready to Rock Out of Scottsdale Home