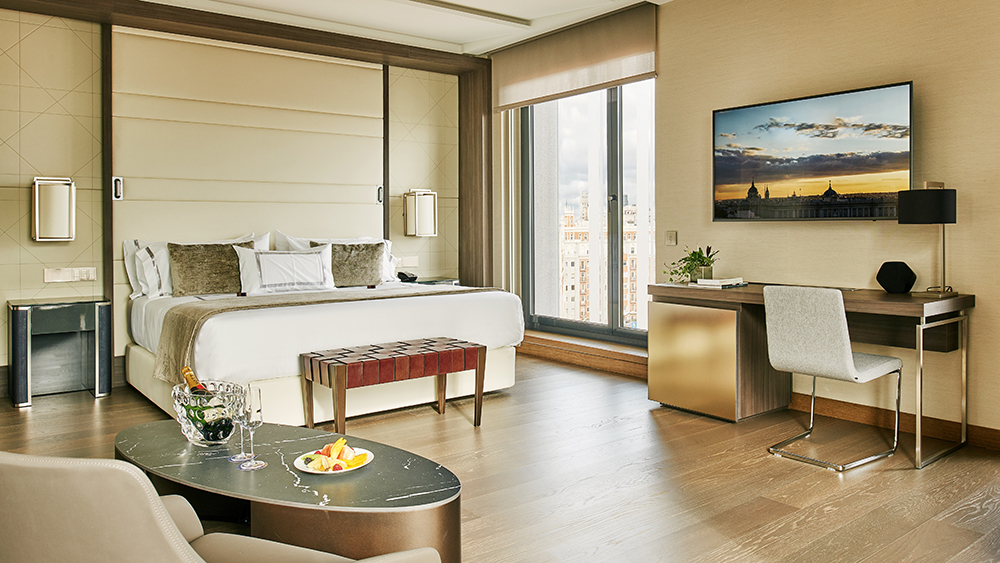 How much does it cost to watch a hotly anticipated club soccer championship game? For fans of English soccer clubs Liverpool and Tottenham Hotspur, the two teams competing in this weekend’s Champions League final at Madrid’s Wanda Metropolitano stadium, the answer is a whole lot.

With an estimated 80,000 English soccer fans expected to descend upon the Spanish capital to watch the two sides vie for European club soccer’s biggest prize on Saturday night, accommodations are scarce. According to Forbes, occupancy rates throughout the city—from the grimiest hole in the wall to the most luxurious five-star hotels—are expected to reach 95 percent on Friday and 96 percent on Saturday. Because of this, rates have soared to stratospheric heights: some Spanish outlets report that multiple hotels are charging desperate fans clad in Mohamed Salah and Harry Kane jerseys in excess of $5,580 (€5,000) for a single night’s stay.

But as eye-popping as those rates may at first seem, they are far from the most extravagant out there. In fact, the stylish VP Plaza España Design 5*, which we called a “feast for the senses” when it opened last year, has whipped up what might be the city’s most exclusive Champions League experience. For $102,000 (€90,000), guests can book a three-night stay in the hotel’s stunning, 1,300 square foot Presidential Suite. Located on the 17th floor of the hotel, the suite offers a dazzling bird’s eye view of Madrid, a spacious lounge, a walk-in closet and a wine cabinet, among other top-notch amenities.

But that’s not all the package has to offer. It also includes butler service, a welcome bottle of Dom Pérignon, exclusive meals for two at some of the city’s best restaurants, like the two Michelin star DStage. There’s also daily massage service at the hotel’s spa, a personal shopper, a private guided visit to the Palacio Real and Museo del Prado museum, luxury car transport, access to the hotel’s post-final party and, the crown jewel of the package, two VIP tickets to Saturday’s game.

For those who don’t want to drop six figures on the weekend, the hotel also has other suites and rooms available for booking. As of press time, the hotel is filled to 85 percent capacity, and a rep told us, “If someone arrived [Saturday] morning there would still be a chance of getting a room, the hotel keeps last-minute rooms available for bookings.” Those rates range from $16,380 (€14,500) per night for the executive suite to $2,450 (€2,200) per night for a standard room. And like everywhere else in Madrid, those rates are about ten times higher than normal.

While this year’s Champions League final will test the wallets of the most dedicated soccer fans, chances are the supporters of the victors—whether Liverpool adds to its English-record haul in the competition or Spurs claim the trophy for the first time—won’t mind one bit, especially after a comfortable night’s sleep at VP Plaza España 5*.