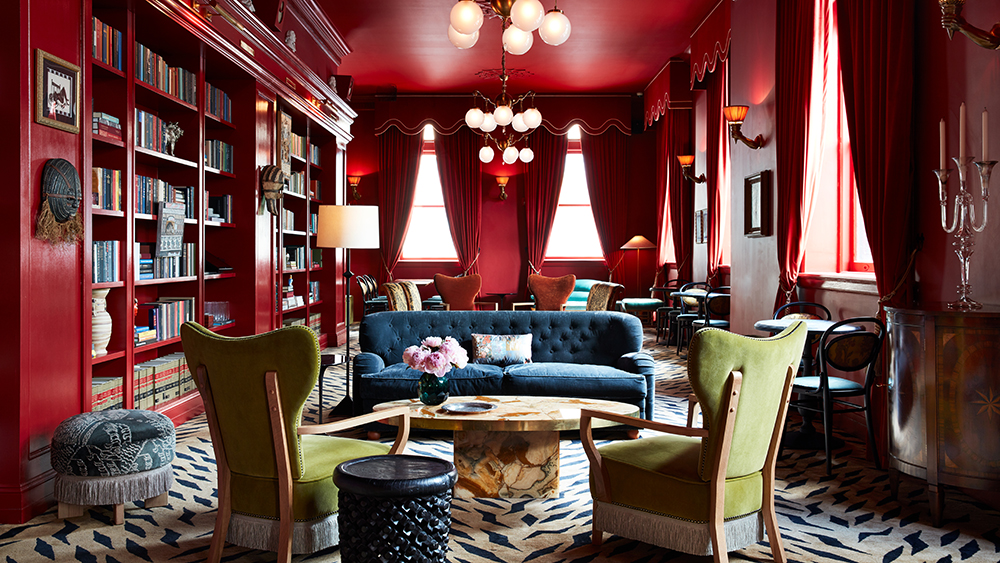 With its rich history, tantalizing cuisine, and boisterous festivities like Mardi Gras, it’s no surprise that New Orleans is one of the most-visited destinations in the United States. For those who want to explore this exciting city, there’s a new hotel in town that has upped on the ante on luxury and style.

This past May, a building dating back to 1908 that formerly served as New Orleans City Hall’s annex was transformed into Maison de la Luz. The intimate, 67-room hotel is a collaboration between Atelier Ace, the creative agency behind Ace Hotels, and acclaimed design firm Studio Shamshiri. The results are an aesthete’s dream, and unlike anything else in the Big Easy.

The property, which is completely reserved for those checking in, feels more like a home than a hotel. “We wanted guests to feel exceptionally cared for and to be able to luxuriate in a private sanctuary that’s transcendent of trends in a distinct residential guest house,” says Kelly Sawdon, Atelier Ace’s chief brand officer. With that in mind, everything was thoughtfully considered and nearly all of the furniture and lighting was custom made for Maison de la Luz.

Upon entering, guests are greeted with a grand hallway, where the original staircase has been dusted with gold and sculptural globes illuminate the corridor. The living room is even more eclectic, with its Egyptian-inspired artwork, a Christopher Farr rug depicting an animated tiger, and a handsome honor bar lined with slivers of rectangular glass like a disco ball. Just beyond that is a blue and white breakfast room where scalloped-edged tables are met with plush banquettes equipped with power outlets. (We are in the digital age, after all.)

The accommodations are as equally well appointed. Accessed via a silk-tasseled key fob, you’ll find four-fixture bathrooms with custom tiles, quirky details like a sculptural snake that acts as a shower door handle, and elements that pay homage to the Crescent City, like a séance table with an astrological wheel etched into its copper top. Driving home that Maison de la Luz is for the discerning traveler, guests will find a highly curated mini bar, which includes bottles of Ruinart Rosé and Hibiki.

But no proper New Orleans hotel would be complete without an exemplary bar and the property has teamed up with French hospitality Quixotic Projects for their upscale watering hole. Bar Marilou—painted in scarlet red and lined with bookshelves, paying homage to its past as a law library—puts pride into its craft cocktails and small bites, and has become the most talked-about spot in town. And for Maison de la Luz guests who want to experience it on a more intimate level, a cozy salon provides private access and drinks can be ordered through a window hidden behind a painting.

The privileges don’t end there. While staying at Maison de la Luz, guests also have priority reservations for establishments at their sister property, Ace Hotel New Orleans, right next door. Whether it’s dinner at Josephine Estelle, an acclaimed Italian eatery by James Beard Awared–nominated chefs Michael Hudman and Andy Ticer; wild-caught oysters at Seaworthy; or access to Three Keys music venue, it’s all at your fingertips.

Check out more pictures of Maison de la Luz below: