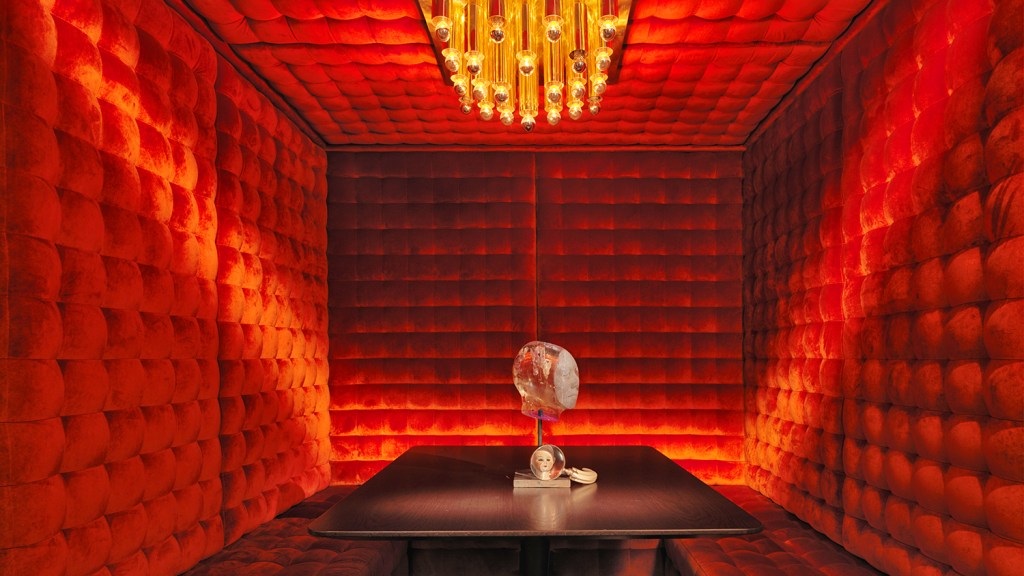 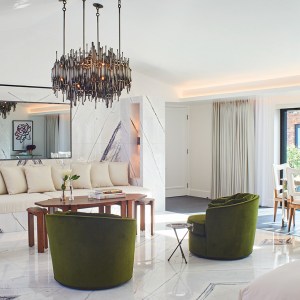 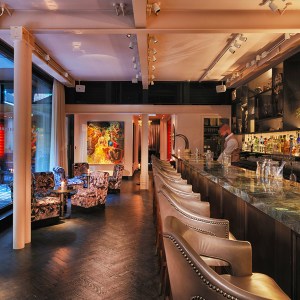 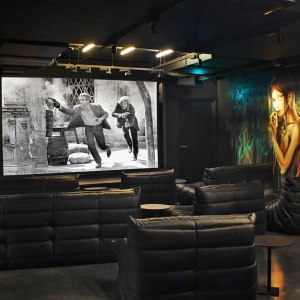 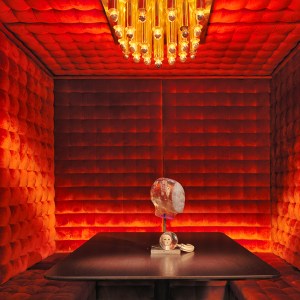 Among the newest additions to London’s hotel scene, the Mandrake is also one of the most bizarre. The brainchild of entrepreneur Rami Fustok, the 34-room property takes its inspiration from the mandrake root, a powerful psychedelic that’s long been associated with witches and sorcery. The result is a beautifully hemmed together—if mildly dystopian—boutique property with an ambience that’s equal parts Eyes Wide Shut, Alexander McQueen, and Bosch’s Garden of Earthly Delights.

Tucked away on a quiet West End side street, the Mandrake would be easy to miss were it not for the gigantic taxidermy ostrich with snakeskin-covered neck in a vitrine at its entrance. A dark, dungeon-like passageway leads into the hotel, where there’s even more of the fantastical, from eerie wooden-carved figurines that could’ve been plucked from a dark Victorian fairy tale to yet another hybrid beast, this time a stuffed antelope bedazzled in a shimmering coat of turquoise peacock feathers. Even the elevator has been artistically tended to, with glass walls that overlook a four-story-long mural rife with sacred geometric shapes linked together by thick masses of serpentine vines.

In a stark contrast to the fantastical public spaces, many of the guest rooms are low-key, featuring a mix of white and dark tones offset by colorful avant-garde prints and gorgeous gray marble bathrooms. Others take the surrealist steampunk ambience a step further, with dark-velvet draperies, jewel-tone interiors, and claw-foot bathtubs. And even Londoners who don’t plan to spend the night will find stopping by worth a visit—not just to gawk at the endless display of stunning art, but also to indulge at the Mandrake’s exclusive branch of Michelin-starred Hong Kong institution Serge et le Phoque, which serves French fare along with finer takes on British pub classics (think tempura fish and chips).