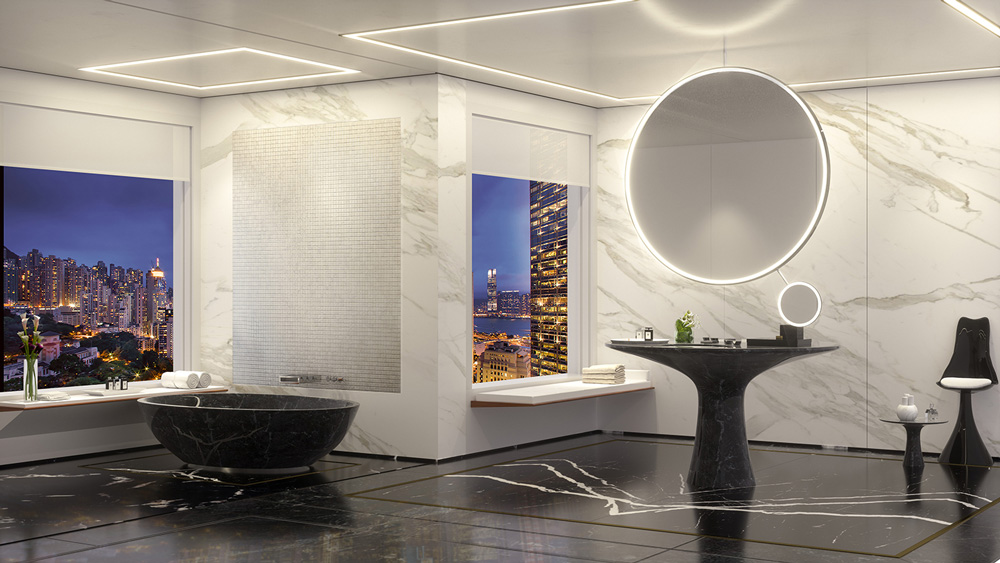 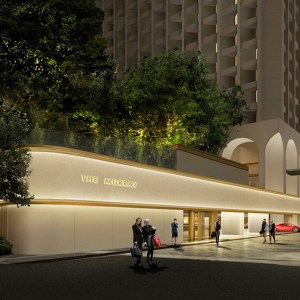 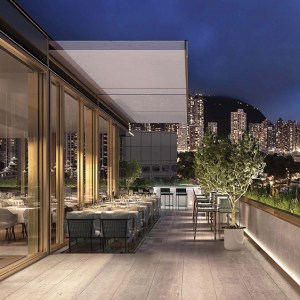 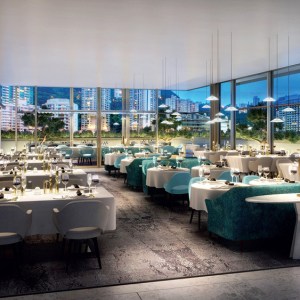 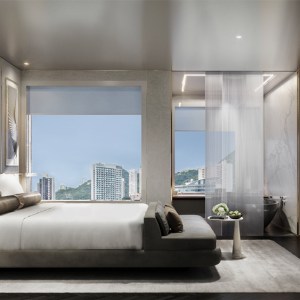 A perennial scarcity of real estate means that it’s been nearly a decade since a significant luxury hotel opened in Hong Kong’s swanky Central district. So it’s no wonder that the Murray—the neighborhood’s sterling newcomer designed by the acclaimed architecture firm Foster + Partners—is causing a stir.

Opened in January, the Murray has breathed new life into one of Hong Kong’s most remarkable structures: the Murray building, a landmark icon designed in 1969 by the British architect Ron Phillips. The 25-story snow-white structure on Cotton Tree Drive has long been admired for its energy-efficient design, geometric facade, and arcade of graceful arches that wraps around its base.

Framed on one side by the tree-cloaked Victoria Peak mountain, and on the other by the city’s glittering skyscrapers and stunning harbor, the 336-room Murray hotel is a soothing respite from city life, scented with Sicilian citrus and swathed in white marble and coppery accents. The contemporary design by Foster + Partners promises plenty of stylish surprises, from a rooftop glass pavilion that houses the sexy Popinjays bar and restaurant (and features some of the most jaw-dropping views of of Hong Kong we’ve ever seen) to the spacious guest rooms adorned in acres of white stone and slick, unfussy furnishings.

The Murray conspires to keep guests in a perpetual state of serenity, whether with a spa treatment in one of five treatment rooms stocked with Grown Alchemist products, or a snooze by the 78-foot indoor lap pool. Should guests wish to stray from their tranquil retreat, the hotel is just a stone’s throw from the Central district’s bright lights and boutiques.