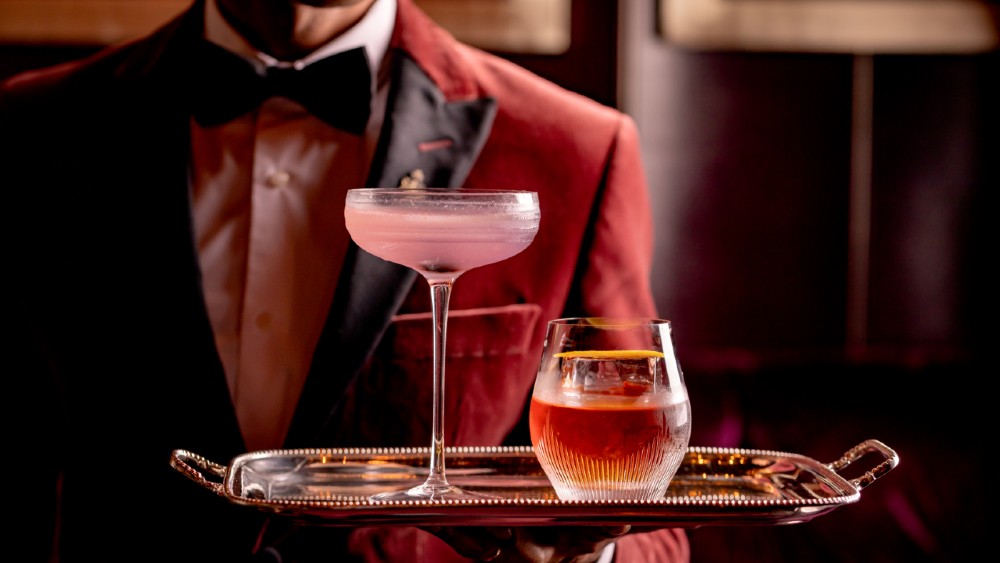 Considered the Golden Age of cocktails, the 1920’s and 1930’s gave birth to many of the classic concoctions we still love today. It was also an era of decadent parties, particularly in Prohibition-free London, where a group of revelers known as the Bright Young Things became famous for their extravagant gatherings—the most dazzling of which were often held at Claridge’s Hotel. In a new book launching in May, the current head of Claridge’s bar program reveals a selection of creative cocktail recipes—for fizzles, swizzles, julips and more—inspired by those boozy heydays. The recipes are paired with striking images by iconic 20th century photographer Cecil Beaton, who was both a member and chronicler of the high society party scene.

Among the featured drinks is the colorful Aviaton  Courtesy Claridge's Hotel

Available to pre-order now in advance of its May release in the U.S., the pocket-sized “Cecil Beaton’s Cocktail Book” is being introduced in conjunction with the highly-anticipated Cecil Beaton Bright Young Things exhibit at London’s National Portrait Gallery. (Note that while the National Portrait Gallery is currently closed due to COVID-19 restrictions, the exhibit is, as of this writing, slated to run until June 7th.) In the book, Beaton’s images of elaborate parties and famous revelers are interspersed with whimsical illustrations from his years as a costume designer and Vogue magazine contributor, as well as photos of menus, posters and other memorabilia of that time, many of which have been sourced from the Claridge’s archives.

And through it all are flavor-packed recipes by Denis Broci, Head Bartender and Mixologist at Claridge’s. In addition to putting a contemporary twist on period classics such as the Hanky Panky, Manhattan, Negroni and Sidecar, Broci also highlights lesser-known creations like Blood & Sand (with Johnnie Walker Black Label, Cherry Heering, Punt e Mes Carpano, and orange and lemon juice), Horse’s Neck (Remy Martin VSOP, Angostura bitters and ginger ale), and Three Kingdoms (Michter’s Rye, Bacardi, Cocchi Rosa, apricot reduction and Pernod Absinthe.) The hotel’s restaurants and bars are currently only open to in-house guests due to the health crisis, but once we’re on the other side, stop into the art deco-style The Fumoir bar—which has been operating since 1929—to enjoy some of these drinks in person.