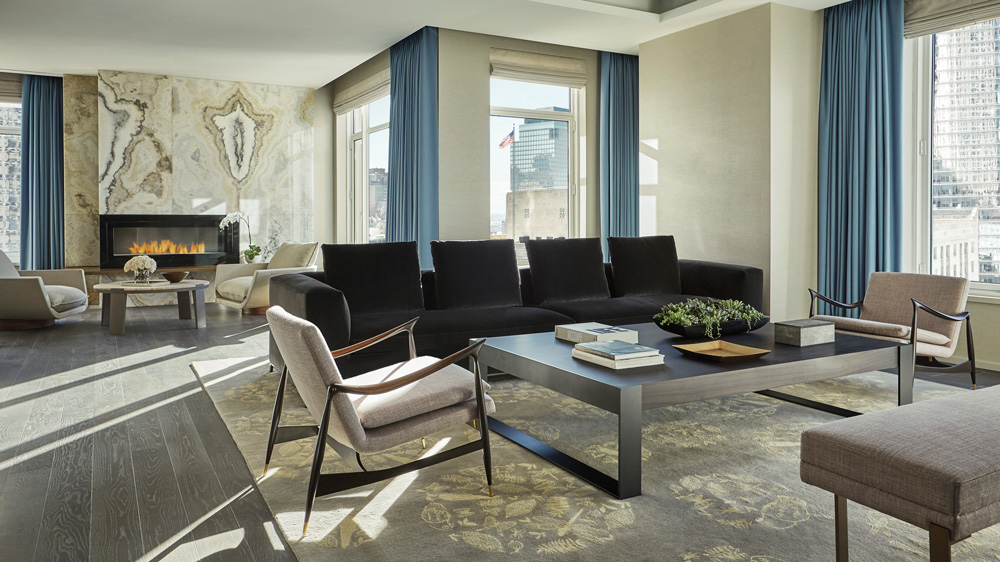 The best hotels are more than just places to stay the night—they offer a distinct perspective on the cities they call home. Last July, Japan’s esteemed Hoshino Resorts unveiled the one thing missing in frenetic Tokyo: an authentic luxury ryokan. Hoshinoya Tokyo delivers the serenity of the country’s rural hot-springs retreats inside a 17-story tower in the Otemachi financial district. Guests don yukata and dine on kaiseki cuisine while staying in sleek guest rooms with washi screens, tatami floors, and custom woodwork. But it’s a soak in the hotel’s hot-spring baths that proves most transformative, offering travelers an unequivocally traditional experience in the world’s most modern city.

The Silo in Cape Town

Known more for its natural beauty, Cape Town is home to hotels that rest gracefully on cliff tops or in the shadows of Table Mountain. But the South African city’s newest hotel, the Silo, is a decidedly cosmopolitan departure from the norm, located within the remains of an early-20th-century grain silo on the rapidly transforming Victoria & Alfred Waterfront. It is within this concrete structure—a relic of sub-Saharan Africa’s industrial past, repurposed by the British architect Thomas Heatherwick—that the soon-to-open Zeitz Museum of Contemporary Art Africa will be located. On the seven stories above the museum, the 28-suite hotel opened in March as a work of art unto itself, featuring Egyptian crystal chandeliers, Ardmore fabrics, and massive prismatic windows (with the requisite Table Mountain views). Come September—when the museum is slated to make its debut—this long-abandoned site will no doubt become the epicenter of a cultural awakening.

Meanwhile, in Manhattan the new Four Seasons Hotel New York Downtown found itself at the forefront of another revival. The 189-room hotel opened in September in the Financial District—a neighborhood that not long ago slept straight through the weekend—bringing with it chic suites, a marble-clad spa, and a Wolfgang Puck steak house. Suddenly, New Yorkers had a reason to stay downtown well past 5 o’clock on Friday; hip vacationers soon followed. By year’s end, Lower Manhattan had become the coolest neighborhood in town.