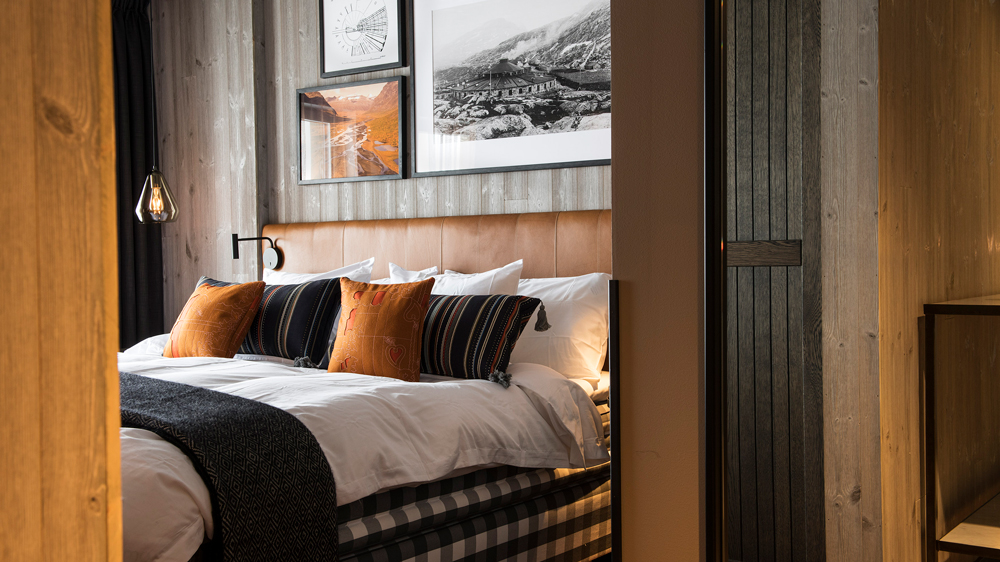 Once the realm of Sami herdsmen and polar explorers, the Arctic Circle is the next frontier for discerning skiers seeking virgin powder, endless terrain, and, most of all, the opportunity to ski literally all day long. Until now, making the trek has required Shackleton-level grit, but the newest base to ski under the midnight sun, Niehku Mountain Villa, is decidedly plush. Located 125 miles north of the Arctic Circle in Swedish Lapland, the 14-room hotel—the vision of former area ski bums Jossi Lindblom and Patrik Strömsten—complements its world-class heli-skiing with a 500-bottle wine cellar and multicourse, tundra-to-table meals.

Niehku Mountain Villa opens for the season in March and can be reached by a 90-minute flight from Stockholm to Kiruna. Built in a historic stone railway roundhouse, the lodge is the epitome of laid-back luxury—and a natural extension for Lindblom and Strömsten, childhood friends who grew up making turns on the pistes of Riksgränsen, a ski resort on the Sweden-Norway border. Lindblom went on to get certified as an international mountain guide, and Strömsten studied wine and became the manager of a hotel in Riksgränsen. In 2012, one of Strömsten’s guests, a Gothenburg-based real estate mogul, proposed that the friends build and run a heli-skiing lodge that he would finance. The opportunity was a dream come true, hence the name Niehku, which is the Northern Sami word for dream.

Inside the lodge, old ski passes and a Fender guitar adorn the wooden walls of the mezzanine, and bookshelves overflow with titles on Bob Dylan and Bruce Springsteen. Rooms—decorated in a modern cabin style—feature plenty of cool woods and cozy, thoroughly hygge accents. Strömsten, who has twice been named Sweden’s top sommelier, converted the building’s former engine pit into a wine cellar stocked with cult bottles including Domaine de la Romanée-Conti and Harlan Estate. He tapped his former hotel chef, Ragnar Martinsson, to run the kitchen. By day, guests are fueled by his reindeer stew; at night, they sit down to six-course meals featuring Swedish caviar and arctic char caught from the lakes around Kebnekaise Mountain.

But the real draw is the skiing. Lindblom has skied the planet’s most epic peaks—as far afield as the Caucasus Mountains and the Himalayas—but still believes that no place compares to home. “The variation of terrain and size of the area gives us the ultimate playground for all levels of skiers,” he says. And he’s made all of this powder accessible from Niehku’s doorstep, where choppers load guests before whisking them off to one of the 60 skiable mountain peaks in the immediate area. And unlike the strictly regulated Alps, where heli-skiing is limited to a handful of runs from prescribed landing spots, Niehku affords guests the opportunity to ski eight to 15 runs a day—up to 4,600 vertical feet. Best part of all? When the U.S. ski season is wrapping up in the spring, the Arctic is entering its pinnacle of awesomeness, says Lindblom. Even as late as May and June, guests can lay fresh tracks all afternoon, recharge by the fire with a glass of Vilmart & Cie Grand Cellier Champagne, then head back out after dinner to chase more powder under the pinkish hue of the Arctic sun.