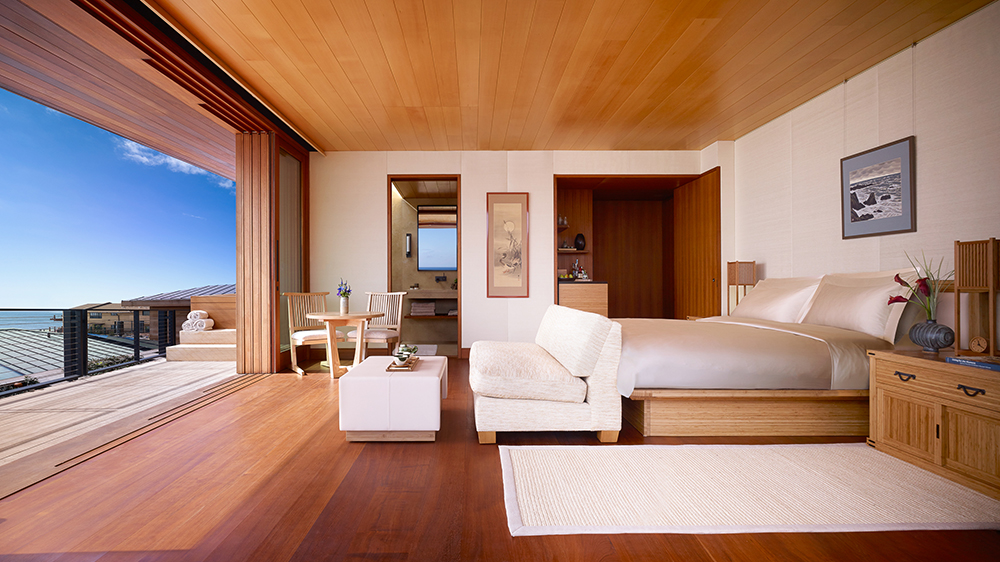 The Nobu brand is perhaps best known for its restaurants, but the hotel side of the company is offering a new package to complement a pair of its west coast dining destinations.

The Ryokan Retreat experience sees Nobu taking care of all your travel needs: It offers consecutive two-night stays at both the Nobu Ryokan Malibu and the Nobu Hotel Palo Alto—with transport between the hotels via private jet.

A look aboard your private jet  Monica Hoover

Nobu partnered with Schubach Aviation to provide roundtrip flights on a private jet between Van Nuys and San Jose, California. At the two hotels, you’ll be met with similarly luxe experiences. Your stays at both properties come with daily breakfast for two and wellness turndown amenities. In Malibu, the focus will be on fitness: You’ll get a complimentary one-hour virtual live session with a personal Fit instructor through the Malibu Fit Concierge app. And in Palo Alto, the main draw will be imbibing: You’ll have the chance to attend a Ridge Vineyards tasting experience in Silicon Valley.

Of course, the package also gives you access to the aforementioned Nobu restaurants. At Nobu Palo Alto, you and a guest will be treated to an omakase dinner (the chef’s choice omakase on the regular dinner menu goes for $175 per person). And you’ll get priority reservations at Nobu Malibu, which you’ll definitely need given that they’re “borderline impossible” to get, according to The New York Times.

Despite being open for a decade in its current location, the Malibu restaurant outpost is still an LA-area hot spot, where you can have run-ins with some of the biggest names in the entertainment industry, from Rihanna to the newly married Jennifer Lopez and Ben Affleck.

The Ryokan Retreat package can be booked online now, with rates starting at $25,000 (not including the room rate).