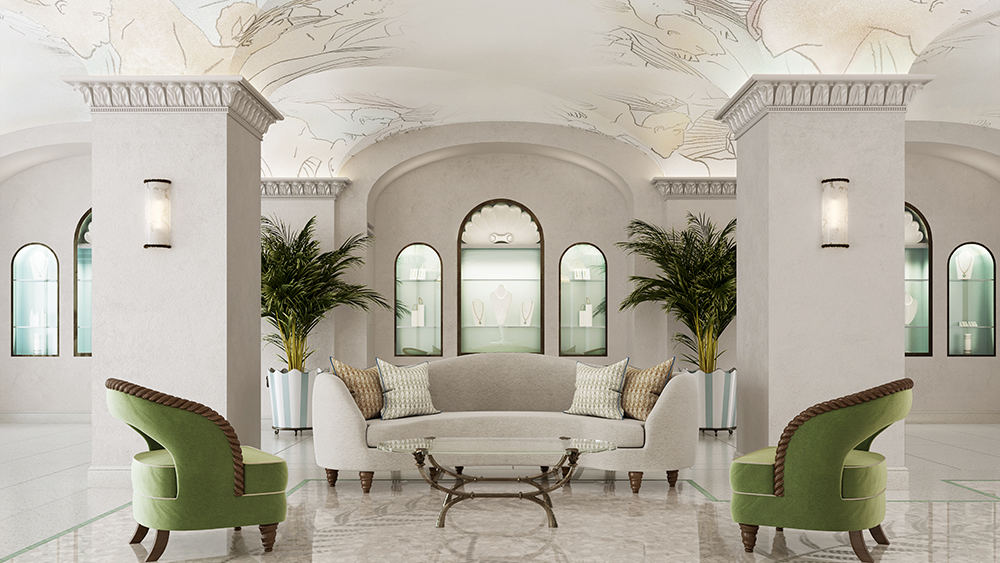 Last year, Robb Report exclusively revealed that Capri’s famed Hotel La Palma had been acquired by Oetker Collection. Fast forward a year or so, and the German hotel group has now announced that it will officially open doors to the reimagined resort—its first Italian property—on July 1.

Considered as the glamorous island’s first-ever hotel, Hotel La Palma was originally built in 1822, and operated throughout the Amalfi Coast’s la dolce vita heyday. Since being acquired, the hotel has been transformed by Oetker and its property owners, the Reuben Brothers. The now 50-room getaway is the first hotel crafted by UK-based interior designer Francis Sultana, who collaborated with Italian craftsmen and local artisans on the project.

Located just steps from the famous Piazzetta plaza (the island’s de facto fashion runway), the hotel now also has plenty of new distractions. As part of the redo, the property eliminated 30 of its rooms, 18 of which were suites. But don’t sweat, you’ll still have access to stellar accommodations, as all rooms now have a private balcony or terrace. Other news includes the addition of Michelin-star chef Gennaro Esposito, who now leads a restaurant, bar and terrace that serves up authentic Italian cuisine. And for entertainment, you’ll find another restaurant and bar dubbed Bianca—also led by Esposito—on the hotel rooftop that overlooks the Capri village and the Tyrrhenian Sea.

The fun doesn’t stop there. Hotel La Palma’s brand-new pool deck features an elegant pool bar that pays homage to the “classic Capri of the golden age,” according to a statement from Oetker. Guests will also have access to the property’s off-site La Palma Beach Club in the Marina Piccola, an area along Capri’s southern coast that harbor the island’s most famous beaches and restaurants. Here, guests are welcome to enjoy lazy lunches created by Esposito and a buzzing night scene.

A look at the Bianca rooftop restaurant and bar  Oetker Collection

If you’re drawn to more relaxing activities, the spa will be more than accommodating. The space features three treatment rooms, including one couple’s suite. There’s also a sauna, steam bath, ice shower, relaxation space and fitness center on-site that will surely ease any jet-lag or residual stress you’re carrying around from “real life.”

Fans of the hotel before the Oetker era will notice that designer Sultana has added splashes of Mediterranean blue, green and turquoise to its interior, and has incorporated bespoke lighting and upholstered furniture designed exclusively for the property. Similar bespoke touches can be found in the bedrooms, which have been designed to be a “home away from home” with one-of-a-kind furniture, carpets and lighting. Large palm trees were also added to the hotel interior as a nod to Capri’s love affair with the plant.

One of the calming bedrooms  Oetker Collection

“I simply cannot think of anything more exciting than the outlook of opening a true masterpiece hotel in one of the most beautiful and glamorous destinations in the world, the island of Capri,” says Timo Gruenert, CEO of Oetker Collection, in the statement. “It will be an homage to La Dolce Vita and the legacy of this legendary location—the first hotel in Capri—while reinventing Hotel La Palma to once again be at the epicenter of the island’s vibrant social scene.”

The relaunch of Hotel La Palma marks Oetker Collection’s debut in Italy. It joins the hotel group’s expansive portfolio of luxury properties such as Le Bristol Paris, the Woodward in Geneva and Hôtel du Cap-Eden-Roc in Antibes, among others.

Check out more renderings of the hotel below.