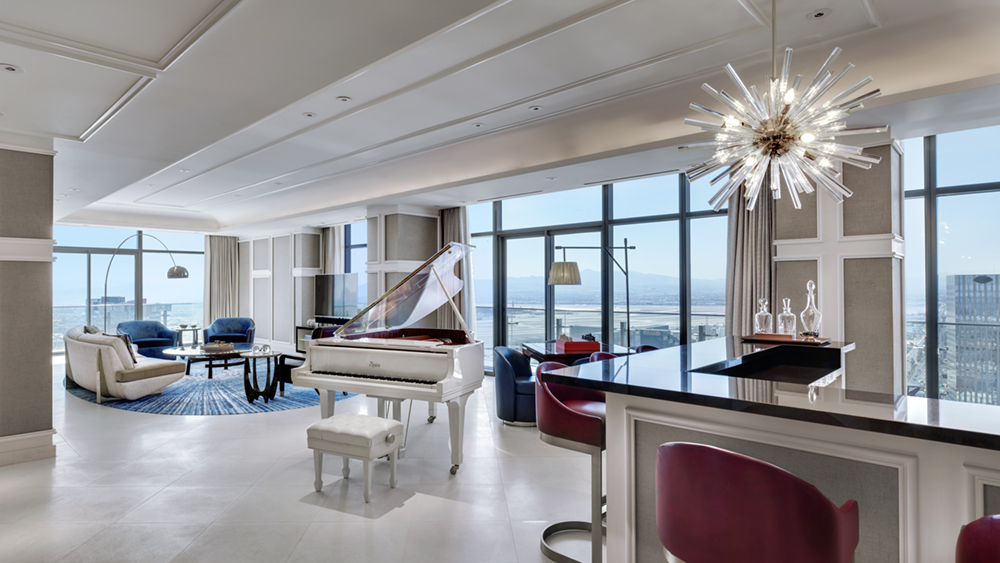 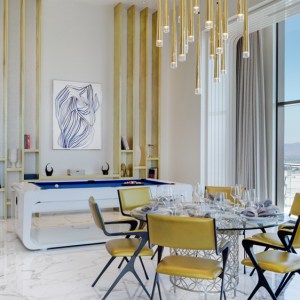 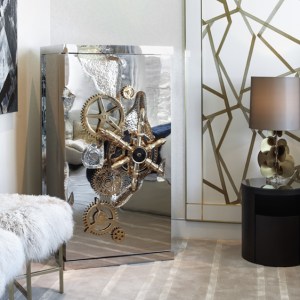 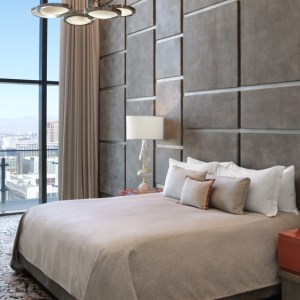 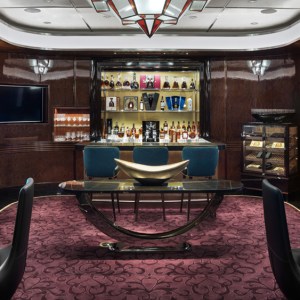 As I was ushered through the door of one of recently added Boulevard Penthouses at the chic and always cheeky Cosmopolitan Hotel Las Vegas, I was initially struck by the stark dichotomy between it and the usual trappings of the Sin City experience. High above the loud, artificially lit, maze-like corridors of the Strip’s casinos, stepping into the first penthouse on my tour was akin to Dorothy awakening in the technicolor world of The Wizard of Oz—with abundant natural light streaming onto a wide-open layout through long banks of windows that looked out upon the mountains surrounding the Las Vegas valley.

A Black Jack of interior decoration, the 21 suites were created to cater specifically to high-rollers—in fact, guests need to be invited to stay in the penthouses—and each was conceived by one of three famed design firms: Daun Curry, Richmond International, or Tihany Design. The penthouses occupy the four top floors of the Boulevard Tower, the fifth tallest hotel building in Las Vegas (tied with its Cosmopolitan twin, the Chelsea Tower)—which gives it uniquely spectacular vantages of the Strip, including views of the Bellagio’s dancing fountains, or the aforementioned mountainscapes.

While all of the rooms created by a particular firm share a common design vocabulary, the three took very different approaches overall. Richmond International’s rooms have an airiness to them, with a light palette marked by pops of color. Intricate sculptural decorations add whimsy to the proceedings, my favorite being a large metallic, mechanical safe—polished to a mirror finish—that looks as if chunks have been taken out of it, giving the safe its own topography. It is also fully functional, the only catch being that the penthouse’s private butler is the only person allowed to open it. Daun Curry’s rooms have a more sensual aesthetic to them, with a richer color palette, plush materials like pony-hair walls, and marble grottos. For its part, Tihany Design’s approach is a mash-up of Beverly Hills and New York, with a bit of Las Vegas glamor thrown in the mix—but to me, the vibe more Rat Pack, with pool tables, long bars, and pianos featuring prominently.

In its effort to make the Boulevard Penthouses a destination for big spenders, the 71st floor features a private gaming room called the Reserve that is only available to guests of the penthouses. Unfortunately, I was unable to visit the room in person, as we were politely but firmly turned away by the room’s security guard—likely to avoid disturbing a whale in its natural environment—but the Cosmopolitan was happy to share details. Exuding a sophisticated men’s club vibe, it has a full bar stocked with only top shelf liquor and a humidor stocked with cigars. In a rare turn, the space actually receives a good amount of natural light through two doorways leading out onto a terrace.

These new additions join the hotel’s regular host of amenities, such as its extensive roster of more than a dozen restaurants, including three outposts from chef José Andrés: China Poblano, é by José Andrés, and Jaleo. The hotel is also now celebrating the one year anniversary of the launch of its SMS-based digital assistant, Rose. Somewhere between a concierge and a high-tech form of entertainment, Rose responds to real-time text requests with often cheeky, but still informative, answers. The team behind Rose will be rolling out new upgrades over the coming year, hoping to replace much of its keyword-based responses with more advanced AI. However, even in its current form, it’s a fun distraction and certainly made time go by more quickly as I waited for a sampler of tacos at China Poblano.