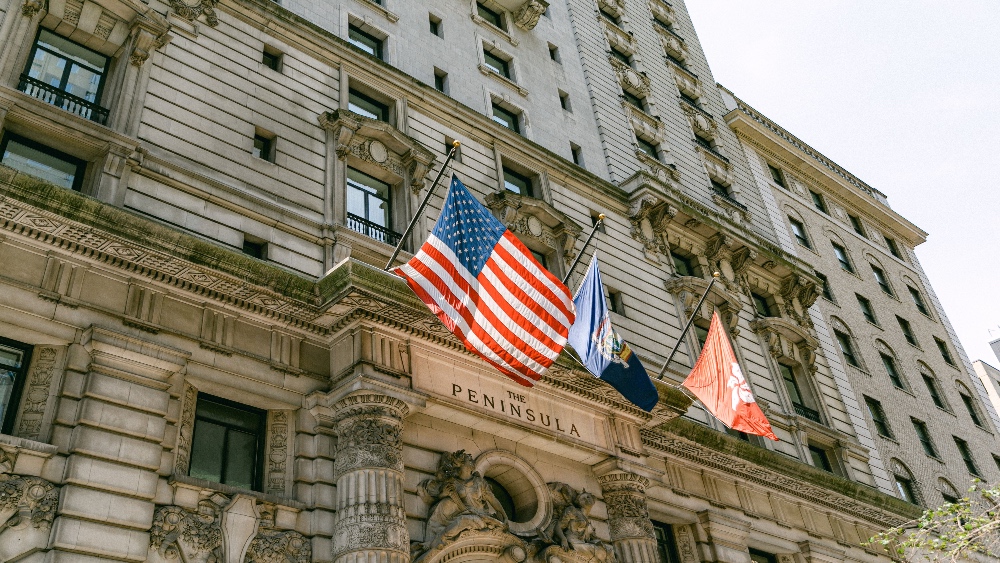 If you’re a die-hard tennis fan with an extra $500,000, we have something that may interest you.

Ahead of the US Open, New York City’s ultra-luxurious Peninsula Hotel has announced a new package that’ll let you experience the tournament in true style. The package includes a stay in the hotel’s well-appointed Peninsula Suite during the games, which run from August 29 to September 11, and five-star treatment before and after the matches.

At the beginning of your stay, you’ll enjoy welcome cocktails with a current US Open tennis player to talk about what to expect ahead of the tournament. And when you’re ready to head to Arthur Ashe Stadium, you’ll enjoy private car transfers and courtside seats for the entire series, so you don’t have to worry about missing a match.

And while the games will certainly be memorable, you’ll also leave with a tangible souvenir of your experience. The package includes a parting gift that includes an autographed outfit worn by a winner, as well as memorabilia from a former US Open champion.

“Both The Peninsula New York and the US Open are cultural mainstays of New York City, and this package allows lovers of the sporting event to indulge in the best of the city,” says general manager Rolf Buehlmann in an email to Robb Report. “Alongside one-of-a-kind experiences, such as cocktails with a champion and signed memorabilia, this is truly the experience of a lifetime.”

When you’re not watching tennis, there’ll be plenty to enjoy at the hotel. The 3,300-square-foot three-bedroom suite accommodates up to four guests with decor accents that include Murano glass chandeliers and Brazilian cherry flooring.

Guests can spread out across the spacious living room, dining room with an adjoining kitchen and office. Perks of the stay include complimentary top-shelf alcohol, roundtrip airport transfers in the hotel’s BMW and a sleep menu that allows you to customize how your king-size bed will be prepared before you check-in.

Ticket sales for the tournament have already skyrocketed, largely in response to tennis champion Serena Williams’s announcement that it’s where she’ll play her last match before she retires. Billboard reported that the median price of the first four sessions of the US Open increased as high as 138 percent.

If you’re interested in the $500,000 experience, you can contact the hotel’s reservations team to book. See you at the match.

Room rates for the Peninsula Suite start at $30,000 per night.