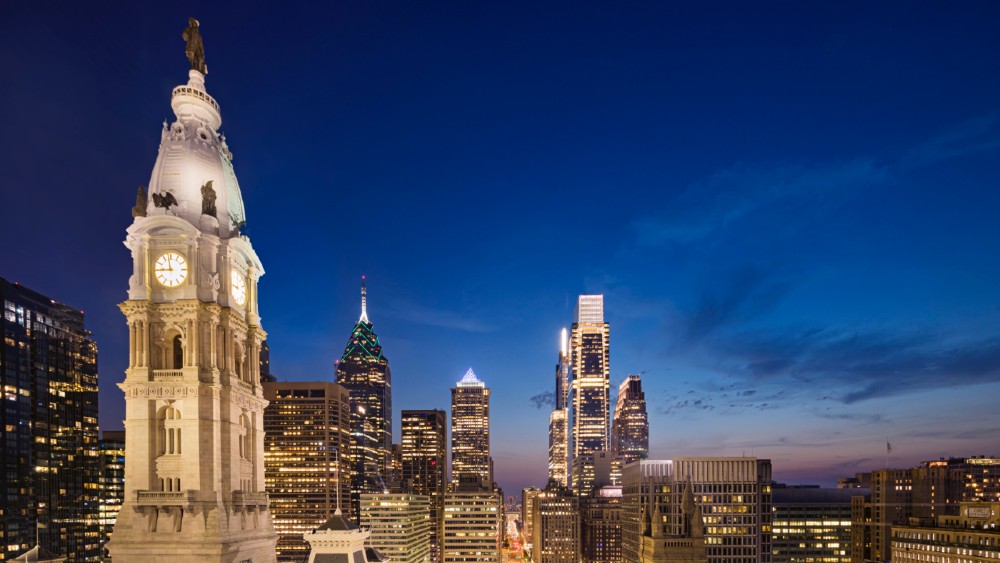 Photo: Courtesy of The Notary

While Philadelphia has always been a top East Coast tourist destination for its historic sites and iconic museum—not to mention its signature foods—the city has not exactly welcomed guests in the lap of luxury. Even just a few years ago, updated five-star hotels were few and far between, and truly terrific upscale restaurants were rare (there’s a reason it’s so hard to get a reservation at Zahav, Vetri Cucina, or Vedge). But according to the Philadelphia Business Journal, Philly has seen a bigger year-over-year rise in room occupancy than any single other U.S. city, which has translated to an over 300% uptick in typical new hotel construction rates in the last two years—with many of the new properties being luxury hotels. There’s also been a growth in new restaurants by some of the city’s best chefs (like K’Far Café from the team at Zahav, and Hiroki from Hiroki Fujiyama, who trained under Morimoto), along with the launch of private clubs with social and wellness offerings, and other luxury offerings. So it’s time to start planning your next trip to Philly—and a stay at one of these five new and newly refreshed hotels.

Undoubtedly the city’s most exciting opening in years, this sky-high stunner on the upper floors of the city’s tallest skyscraper—designed by Norman Foster—affords never-before-seen views of Philadelphia. A high-speed elevator whisks guests to the 60th-floor lobby of the Four Seasons Hotel Philadelphia where an elaborate floral design by Jeff Leatham and floor-to-ceiling windows await. Just off the reception desk is JG SkyHigh bar and a dramatic staircase leading down to Jean-Georges, the signature restaurant by Jean-Georges Vongerichten (his first in the city) that seems to float amid the clouds thanks to a vaulted glass and mirrored ceiling and massive windows.

The drama continues at the 57th-floor, home to an indoor infinity pool and fitness and spa area; the latter features 700 pounds of crystals embedded in its walls, and offers signature treatments like the Warm Crystal Massage and Crystal Anti-Pollution Facial. The ground floor houses the second restaurant from lauded local chef Greg Vernick, called Vernick Fish (he also has a coffee and pastry bar in another part of the building). All rooms offer unobstructed panoramic views of the city, custom-made soundscapes from musician/producer Brian Eno, bath amenities by Guerlain, and—because it’s in the Comcast Center—the award winning X1 Video Experience, which includes approximately 300 TV channels and a complimentary on-demand library of more than 50,000 movies and shows.

A Master Suite at Fitler Club  Photo: By Annie Schlechter

A new private lifestyle club called Fitler Club chose Philadelphia to mark its debut (with plans for other cities to follow). More than just a hotel, this members-only club combines world-class entertainment, social, wellness, and business offerings, and grants all hotel guests membership—and access to its facilities—for the duration of their stay. Founded by David Gutstadt, formerly with Equinox Hotels, Fitler Club includes a posh 14-room hotel, along with a massive wellness club, workspaces and private office suites, a screening room, a game room with a bowling alley, and an art-filled dining room overseen by acclaimed local chef Marc Vetri. For the ultimate experience, book one of the two master suites: one was designed by French furniture retailer Roche Bobois, the other by Philadelphia modern-furniture retailer Minima, and both feature custom furniture, built-in bar, dining area, and soaking tubs. The highlight is the wellness center, which includes machines by Life Fitness, Peloton, and Woodway; state-of-the-art studios for spinning, meditation, Pilates and other cardio classes; a climbing wall; a 75-foot, three-lane lap pool with hot and cold plunge pools; an HD Golf simulator; a giant turf training area; and a fully equipped spa and salon.

Philadelphia’s grand dame is celebrating its 30th anniversary this year, and in time for the milestone, The Rittenhouse underwent a $10 million renovation, resulting in redesigned and refreshed rooms, suites and public spaces, including the Mary Cassatt Tea Room, Library Bar, and The Rittenhouse Spa & Club. Envisioned by designers like the team at Champalimaud, the rooms embrace a color palette of beige and gold with jewel tone highlights, and feature plush beds, traditional writing desks, and plenty of comfortable seating. Perched right in the center of the city on Rittenhouse Square, the Leading Hotels of the World-member hotel is also known for its large spa with indoor pool and wet room, upscale restaurant Lacroix, and traditional afternoon tea service in its Mary Cassatt Tea Room.

From now through the end of the year, the hotel is offering an extravagant 30th anniversary package that starts at $30,000. The experience includes roundtrip transportation, accommodations for two nights in the Rittenhouse Suite, Champagne and caviar upon arrival, afternoon tea at Mary Cassatt Tea Room for six guests, the Rittenhouse Luxe Ritual for six guests, a private dinner party for six at Lacroix, a picnic in Rittenhouse Square with lunch from Lacroix, a chauffeured Jaguar car to explore Philadelphia, a personalized tour of the Barnes Collection, a $5,000 LAGOS private shopping experience, a $500 gift certificate to Egan Rittenhouse, a sunset cruise on a private yacht including dinner and cocktails, a private mixology class at the Library Bar, and a donation of 300 meals to Broad Street Ministry.

The lobby at The Notary  Photo: Courtesy of The Notary

Opening its doors in July 2019 in Philadelphia’s historic Penn Square, the Notary Hotel, an Autograph Collection hotel, is housed inside a 1926 building that used to be the City Hall Annex and is on the National Registry of Historic Places. Embracing its past, the hotel features thematic details like a custom seal that concierges stamp onto guests’ card sleeves, and a lobby retail store with a curated collection of local products that have received the staff’s “Philadelphia Stamp of Excellence.” The hotel features original finishes, including marble floors, chandeliers, coffered plaster ceilings, and decorative bronze molding, as well as stylish updates. The lobby, for example, brings together elements of local history and culture via a collection of antique typewriters set alongside bronze art sculptures of vintage hats and a large-scale neon LOVE sign, a nod to the city’s iconic LOVE Statue. Rooms feature deep blues and grays with splashes of vivid sapphires and emeralds, lofty ceilings, custom upholstery, 55-inch Smart TVs, and a notary stamping tool set on a shelf. On-site restaurant Sabroso + Sorbo serves Spanish tapas in an airy, brightly colored space.

Just off Independence Park, a previously nondescript hotel (known as The Franklin at Independence Park) was last year completely redone and re-flagged as the Renaissance Philadelphia Downtown Hotel, resulting in a high-end, art-filled hotel that honors the city’s history. Details like railings that mimic Ben Franklin’s famous spectacles and wallpaper adorned with the Declaration of Independence are just a few nods to the city’s past, while guest rooms and bathrooms—which were completely gutted and redesigned—reflect the historic location with pop-art inspired images of famous Philadelphians, furniture that recalls mid-century modern design, and pops of red color in strategic places.

On the ground floor is Franklin Social Lounge cocktail lounge and the Franklin Social American Kitchen & Bar, a bistro with a stone-clad bar, wine cave, and café counter with coffee from Philadelphia’s own La Colombe. This area is connected to the front desk and Navigator area (Renaissance’s local-expert concierge service) with a path that’s designed to pay homage to Elfreth’s Alley in Philadelphia, which was once home to the 18th-century artisans and tradespeople. Don’t miss the hotel’s most interesting piece of art, which is actually inside the indoor pool: a hand-painted piece on the tile floor done by a local artist.