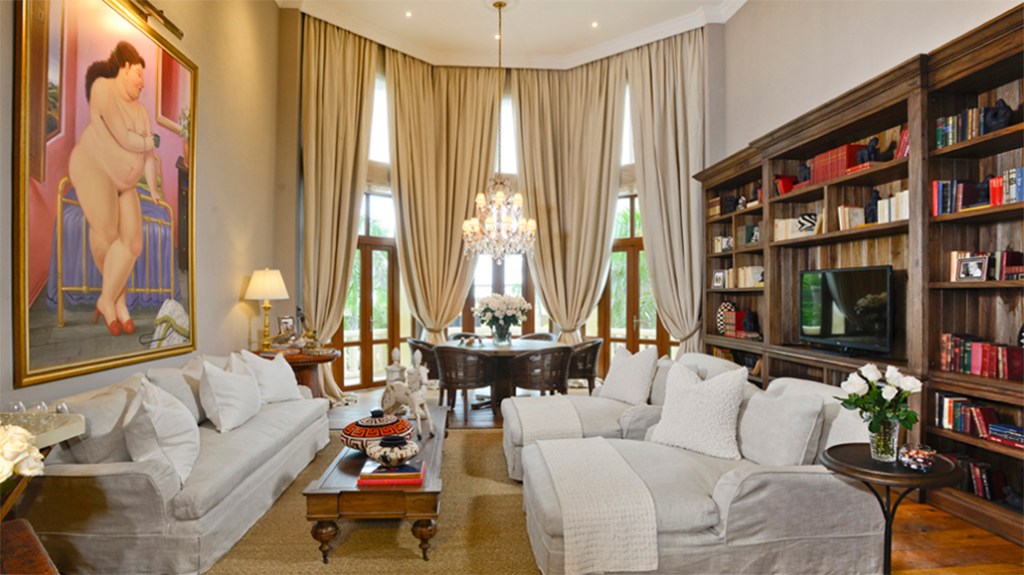 Fernando Botero’s rotund figures make for interesting bedfellows at the Sofitel Legend Santa Clara in Cartagena, Colombia. In 2012, the hotel unveiled its Suite Fernando Botero, a presidential-style accommodation filled with the works and personal effects of the Colombian painter and sculptor. Designed by the artist’s daughter, Lina Botero, the suite is a living homage to Botero’s “voluptuous” (never fat, according to the artist) muses, featuring an enormous original painting of a nude woman drinking a cup of coffee, as well as a private collection of books and photographs.

The one vital thing missing from the suite until this year, however, was a visit from Botero himself. That all changed in February when the 85-year-old artist stayed for the first time in his eponymous accommodation, sleeping among his paintings and presumably sipping his morning coffee or tea while gazing on his works. Before departing, the artist left his mark—his signature, at the request of the hotel’s general manager—on the living room wall. Today, any guest who checks in to the suite can find the artist’s autograph preserved behind a frame and flanked by two portraits of Botero as a young man—a rare treat for any art lover who finds himself in the birthplace of one of the most prolific artists of our time.